← Happy Stories are Boring
My Journey From Warrior to Gypsy: Poems by Tom Yeager → 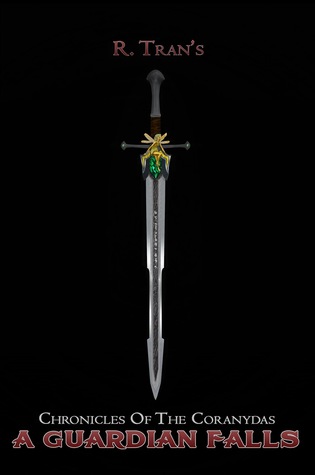 A Guardian Falls by Rebecca Tran is a fantasy novel and the second book in the Chronicles of the Coranydas series. In the first novel, we are introduced to our main character Mara, who is seeking revenge after watching her father’s murder. She gives up her privileged lifestyles in order to seek justice. The second starts soon after the events of the first novel, with Mara’s betrothed recovering from his injuries after she has rescued him from her father’s killer, and her self-doubt in her abilities to finish what she has started.

The novel starts well, with a good re-introduction of characters and an update in the current situation. Tran’s writing is easy to follow, and you’re given a sense of the characters as soon as you meet them. Mara is also a likeable main character, and one of the reasons for this is that she is not a perfect or even confident lead. She doubts herself and her destiny throughout the novel, but all this makes for a more realistic and endearing character. It is much easier to empathize with a character who is self-critical and questions themselves, and this makes for an enjoyable read. Mara’s relationships also makes her more likeable. Her relationship with Kess is sweet and you find yourself invested in it – the novel starts with them having been in an argument, but their quick reconciliation is a subtle way to show you the strength of their relationship.

One thing the author does well is her ability to write both long scenes of in-depth dialogue between two characters and epic battle sequences. Both of these will hold your attention, and flow easily. The dialogue is good, and anything the characters say is believable and feels like a true conversation. Similarly, any action is written well, and is not too over the top.

The only problem I found with this novel is the amount of characters there are. It can sometimes be hard to follow so many characters in one book, and occasionally things can become muddled and you start to feel you’re in information overload. However, this does not affect the enjoyability of the novel to a high degree, but it is something you need to concentrate more on as you read.

Overall, this is a well balance book, with a good degree of both action and dialogue that is paced well. You will enjoy both the action sequences and the calmer, more character driven moments. The characters are strong, and our main character is likeable and relatable. The plot is interesting pushed along by some thrilling twists. If you are looking for a good fantasy read then you can’t go wrong with this one.

← Happy Stories are Boring
My Journey From Warrior to Gypsy: Poems by Tom Yeager →