← Fragments of A Journey, A Fistful of Life
Osteoporosis and Osteopenia: Vitamin Therapy For Stronger Bones → 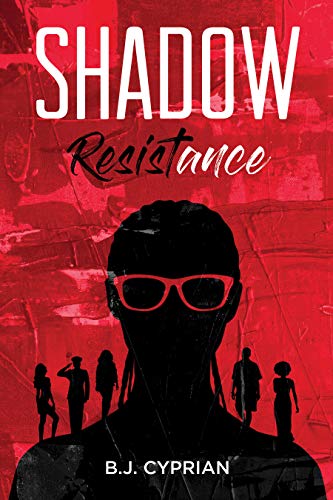 Dom is a computer engineering genius in her own right. Rose’s instincts when it comes to human behavior are fine-tuned. Layla has the gift of an incredible memory. All three women are true forces with which to be reckoned and phenomenally good at their jobs. When Dom, a virtual recluse, is approached for help in solving a violent death, the lives of the three women quickly become entangled. Dom, Rose, and Layla reiterate that we are all one quick internet search away from an interaction we may or may not want.

B.J. Cyprian, author of Shadow Resistance, has created a world effortlessly blends fantasy and realistic fiction. With the elements of advanced artificial intelligence looming large in Dom’s storyline, readers are treated to science fiction laced with humor and heavily layered with relevant current events. While I’m not a fan of most historical fiction novels, I more than appreciate the references Cyprian includes in her characters’ story lines. Especially effective is the way in which the author works in the black and white doll experiment into Rose’s subplot. Cyprian knows how to hit readers where it matters. This is just one of the aspects of her writing that helps make her book so worthy of praise.

The entire scenario involving SARA is quite amazing. I don’t want to call SARA a character as it were, but I would feel remiss if I didn’t mention how incredibly fascinating her contribution to the book actually is. At times, Dom almost plays second string to the artificial intelligence she herself created. The back-and-forth between the two is entertaining to say the least and simultaneously frightening. To think that SARA is Dom’s only connection with the outside world is, in many ways, sad. In introducing Dom as somewhat of a hermit, Cyprian has given a certain richness to Dom’s story line and made her views of injustice all the more fiery.

Cyprian does a beautiful job of weaving history into every aspect of her plot. Page after page, she seamlessly meshes mentions of countless historical figures into the dialogue between characters. From impromptu history lessons given by Rose to the background revealed by Rose and Robert’s visit to Larry’s apartment, the book feels less like a lesson in history than a conversation on the front stoop of an elderly neighbor.

This unique work of fiction is a must read for anyone seeking technologically-based crime dramas. In addition, Cyprian’s work holds a special appeal for those who appreciate historical accuracies and current events woven throughout their fiction. The more I read, the more I found Shadow Resistance qualifies as a mystery. It’s impossible to fit Cyprian’s work into one slot–and I’m not sure I want to. It deserves a category of its own. Kudos to Cyprian on an outstanding first novel.

← Fragments of A Journey, A Fistful of Life
Osteoporosis and Osteopenia: Vitamin Therapy For Stronger Bones →