Stone Fever follows a geologist exploring a defrosted Antarctica when she makes new friends and sets off to find the elusive iris stone. What was the inspiration for the setup to this exciting story?

Geography, especially maps, has always been a hobby of mine. I pictured how the effects of continuing climate change might affect human populations, forcing migration toward the poles. These two groups could lose touch with each other and evolve separately.

Keltyn is an interesting and well developed character. What were some driving ideals behind her character development?

She is a rock nerd with few social skills. She has swallowed her pride for the sake of professional advancement, yet harbors a grudge about how her people, and especially her father, have been treated by white society. When she learns that her boss may want to promote Antarctica for settlement by canadian farmers, she instinctively pictures how this will threaten the locals and hatches an ill-conceived plan to thwart her boss.

Stone Fever is the first book of the Erebus Tales series. The second book, The Color of Greed, will be out in spring 2021, and the finale, Gifts of a Dark God, next fall.

That Was Never My Style

The Emerald Cave follows investigator Vince Ramsey who is tasked with tracking down a dangerous arms dealer. What was the inspiration for the setup to this thrilling novel?

After writing the previous two novels in this series I always try to up the ante in my books. With this one I wanted the main hero Vince Ramsey to tackle his biggest mission yet. It took me almost two years to develop the plot and once I did, it took me about three months to write the book. I never thought I’d write a trilogy, but it all came together and happened. It’s one of the greatest accomplishments in my life that I can look back on. I knew this would be the end for one of my favorite heroes and I wanted him to go out with a bang.

Vince is an intriguing character that I enjoyed following along with. What were some driving ideals behind his character?

Before I even started the monumental task of writing a book, I just tried to create a character in my mind who fit the concept and ideals of a hero for today. I wanted someone who knew the Bible, but was also like a preacher with a badge and not afraid to dish out punishment when necessary to save the day. In the end I wanted someone who everyone could root for.

There is a perfect balance of mystery, intrigue and action throughout this book. Was this a conscious effort while writing or did it develop organically?

Every book I write is by instinct. I’m not like some authors where they plot and plan and script each scene beforehand on paper. That was never my style. I trusted that when I wrote the scene those things would come to me, and so far after ten years it’s worked. I’d rather run with my ideas and see where they take me, instead of script or pre-plan each scene. But I also stew on my ideas before I even decide to start a new book. I know what the readers expect and I don’t want to let them down. I do tons of research before even starting a new book project. If the idea isn’t worthwhile I’m not going to waste my time on it.

Glad you asked. I write every book like it’s my last, so I didn’t know if I would write again. For whatever reason, the idea struck me and I’m writing what I think will be my best book yet – Treasure Fever. It’s about the legendary search for El Dorado and I anticipate on having it done by January. We all know how long it takes for a book to be traditionally published but I hope this one will be out sometime in 2019. 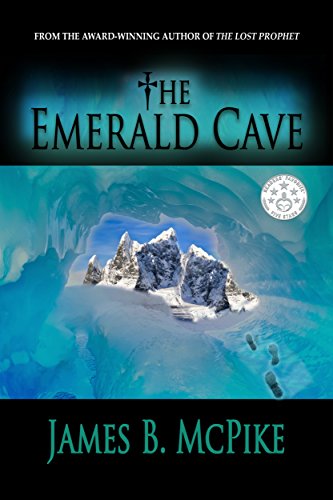 Follow Israel’s top investigator, Vince Ramsey, in this thrilling conclusion to the award-winning trilogy! Ramsey is called in to track down a shadowy arms dealer whose last known whereabouts were in a reclusive village in France. It soon becomes clear that the arms dealer was after a fabled treasure–something so powerful that it could be used as the ultimate weapon. Ramsey enlists the help of April Fulton, an expert in rare antiquities, to aid him in his whirlwind quest. She quickly traces clues to a controversial physics lab in Switzerland, led by a mysterious figure. Hunting down another lead, Ramsey travels halfway around the globe to a decommissioned military base in the most remote place on earth–Antarctica. There he must battle the dangerous elements and a ruthless team of mercenaries in a race to find the treasure in time.