Legends of the Family Dyer 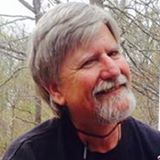 His Father’s Blood follows John and Ada as they navigate their relationship, their family, and their curse. What was the inspiration for the setup to this thrilling novel?

Moll Dyer is a real historic personage, but there is scant official record of her life due to a courthouse fire. There is a local road named after her, and a boulder on display at the county courthouse where it is said she died. There’s also one colonial period letter describing her countenance unfavorably. Despite this, there are as many oral traditions about her life (and death) as there are local families. With book one, I tried to give Moll some peace and a new angle to her story.
In Book 2- His Father’s Blood, I expounded on her tale. As many of the legends associated with Moll included a son, and none covered exactly what happened to him, his was also a tale that begged to be told. As the local native tribes began leaving the area at this same time, it was easy to imagine that John’s ancestor would have followed them…especially as his mother was more at home with them than her own people. I based some of their adventures on the style of tales from the mountains they fled to.

John and Ada are both intriguing characters that are even more interesting when they are with each other. What were some obstacles you felt were important to develop their characters?

Their loyalty had to be rock solid to allow the belief and trust in one another under extraordinary circumstances. Their devotion for one another needed to be absolute to overcome all that was thrown against them and all of the naysayers plotting against them. With such nobility of character, introducing human foibles was essential to make them well rounded and believable.

You continue to develop the Dyer family’s curse in this book. What was something new that you wanted to introduce in this book that was different from the first book in the series?

A theme in both is personal sacrifice and the concept that love conquers all. In book 1, Moll is kept ignorant of her powers and was only briefly exposed to the healing aspects of it. John was exposed to the darkness early in life and fought against it. Moll gave her life in sacrifice to save her son, but in my opinion, John’s price was greater. Moll never knew romantic love and I wanted to explore what might happen if a romantic interest was present. Ada certainly provided that. Moll’s love for her son drove the plot of Sister Witch, but John and Ada’s love was the driving force in His Father’s Blood.

This is book 2 in the Legend of Family Dyer series. When will book 3 be available and where will the story take readers?

I’ve completed the rough draft for Book 3 and hope to have it released early next year. It is set in contemporary times and of course follows Moll’s descendants. Although her name is forgotten by them, she hasn’t forgotten them. 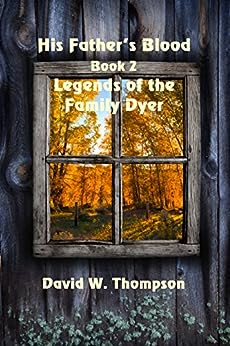 The demonic force that’s cursed the Dyer family for generations has returned even stronger! Defeated by Moll Dyer a century earlier, the demon Laris lays claim to another Dyer child.

Homesteading on Devil’s Peak, skin-walking shaman John Dyer must fight to save his bloodline. Can the Dyers stand against the horrific desires of a centuries old demon? Can their faith in each other overcome the evil pitted against them?

This historically accurate epic follows John- scion of the Dyer family, and the great-great grandson of the venerable Moll Dyer– in his quest for a new life, and a place to settle down and call home.

The fates conspire against the Dyers, and only their sorely tested faith in each other can overcome the evil set in place against them. 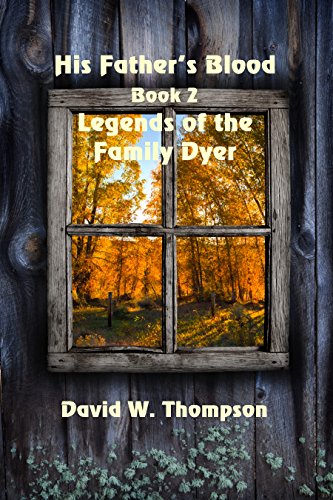