His Views on Life and the War 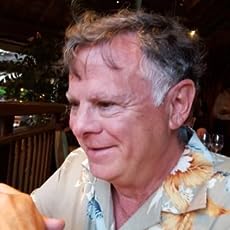 Left for Dead at Nijmegen follows the extraordinary true story of an American paratrooper in WWII and the challenges he faced to survive in enemy hands. What was the inspiration that made you want to write this biography?

In 2014 I was in the process of drafting a series of WW II first person “remembrance pieces” for a WW II publication. I came upon Gene Metcalfe while researching the subject and drove out to interview him. By the end of the first interview, which ran more than five hours, I knew I had a story that needed to be told in a hard-bound, full-length book.

Life interfered and I was unable to pick up again until the summer of 2017. A publisher, Casemate Publishers, in response to my query, stated an interest in Gene’s story. Gene was all for it so I transcribed my tapes and re-wrote all of my notes into a book outline and began researching. In October, 2017, Gene and I commenced twice weekly meetings. I learned his sense of humor, his views on life and the War and many other aspects of his personality.

I researched every facet of what he relayed to me, and quite a bit more. I found it necessary to read the 1968 biography of Heinrich Himmler “Himmler” (Roger Manvell and Heinrich Frankel) as well as “The Private Heinrich Himmler” (Katrin Himmler and Michael Wildt.) I expended in excess of 2,000 hours piecing together Gene’s story.

As an aside, there is reference to a castle in one of the chapters. I could find no trace of it until I found it was actually referenced in Himmler’s biography. I have a “no stone unturned” research philosophy.

Observing Gene as he described grisly details of his experiences and proceeded to explain how humor got him through the ordeal impressed me. His sketches have a humorous flair too, as one can see from those he drew for the book. I will admit there was more than one time he had me on the edge of my chair, even when I was hearing the story for the 8th time.

The war was a series of ups and downs, sometimes happening in a dizzyingly fast sequence. Gene found it to be a matter of bending to the flow of events or being overwhelmed and succumbing.

I intentionally set out to write a book that conveyed the essence of Gene Metcalfe. In my opinion it was the best approach to truly convey what, and how, he experienced WW II.

The historical accuracy was exceptional in this, even down to the smallest detail. What kind of research did you undertake to write this book?

I read three books, including one book that focused only on the Nijmegen aspect of Market Garden. I researched US Army debriefing reports of POW’s and information on every base where Gene was stationed. I also read after-action reports.

I am a researcher by trade. Along the way I accumulated an entire box of print-outs. What pleased me the most was coming across the most rare and perfectly timed photo possible, the encounter with two older German soldiers. It took me six months to get permission to use the photo. The uniformed Dutch guide in the photo apparently did the “dirty work” and is the man who disappeared before the combat patrol encountered the tank. Mike, the bazooka-man, was carrying a bag of hand-grenades as in the rush to jump from the plane he left his bazooka rockets on the floor.

I understand that your “intention was to convey the essence of” Eugene Metcalfe. What were some important ideas or themes you felt were important to convey to readers about Gene?

I felt it important to provide Gene’s background as the basis for better understanding who he was and why he was/is that man. The fact he was an only child, but “not my mom’s favorite” played a large part in the formation of his personality. He was on his own.

He was talented as an artist and musician and is gifted with the ability to draw or paint anyone or anything he has come into contact with. The sketches in the book, though produced by Gene in 2018, are accurate reproductions from 1944-45.

Nannini: Midnight Flight to Nuremberg, from the coal mines of Pennsylvania to the Explosive Skies of Nazi Occupied Europe in my next WW II biography and is ready to go. In this new book I actually spent weekends at the subject’s home interviewing him. I anticipate it will be considered to be at least as good as Left for Dead at Nijmegen and is jammed with photos, some of which have never before seen print.

I am in the process of placing Midnight Flight and, and four additional books, with an appropriate publishing house. If all goes as planned, I will have two new books on the market next year. 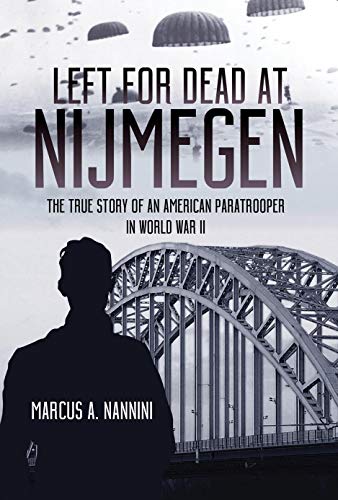 Left for Dead at Nijmegen recalls the larger-than-life experiences of an American paratrooper, Gene Metcalfe, who served in the 82nd Airborne during WWII. From his recruitment into the military at Camp Grant to his training with the 501st Paratroop Infantry Regiment at Camp Toccoa, it wasn’t until D-Day itself that he first arrived in England to join the 508th PIR.

When Metcalfe boarded the C-47 which would drop him at Groesbeek Heights, just outside of Nijmegen, Holland, he was handed a box of twelve dozen condoms by an over-confident British lieutenant. He was to be among the first to jump into what should have been a picture-book meadow, free of German troops. Instead, it was defended by three German anti-aircraft cannon emplacements.

As he jumped into a hail of bullets and exploding shells he watched his plane roll over and plummet into the ground. It was at that moment he realized the condoms had either been a bad joke or the planners of Operation Market Garden had seriously underestimated German resistance. Gene was listed as KIA and left for dead by his patrol, who presumed the worst when they saw his injuries from a shell explosion.

The rest of his story is equally gripping, as he became a POW held outside Munich, being moved between various camps ridden with disease and a severely undernourished population. Eventually, after making an escape attempt and being captured within sight of the snow-capped Swiss mountains, his camp was liberated by American troops in April 1945.

Gene’s story is both remarkable for his highly unusual encounter, and his subsequent experiences.