The Battle to Save History 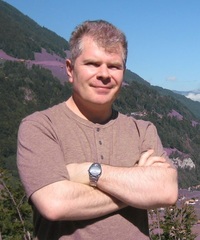 Boomerang Will Not Return follows a stealth bombers crew as they travel back through time and must battle for the future in the past. How did the idea for this novel start and how did it change as you were writing?

I always loved the time travel stories starting form the classic tale of the H.G. Wells The Time Machine and movies such as Time After Time, Back To The Future trilogy and the Terminator movie franchise. The idea for Boomerang Will Not Return came to me from two motion pictures featuring time travel, The Philadelphia Experiment and The Final Countdown. The novel had evolved from a short story I wrote titled Sword of Gabriel, which featured my story protagonists accidentally traveling back in time because of the time and space altering comet called Gabriel. I wanted the story to have a broader aspect and therefore the battle to save history happened in both past and resent.

Time travel is rife with paradoxes. Were there any challenges to writing because of this?

Yes, the time travel paradoxes presented an interesting challenge to me as a writer. The general theory of relativity does not forbid the time travel, but there are technological and moral questions that arise from the use of such an invention. I wanted my time travel story design to be simple and straightforward, and let the readers use their imagination as to how the process of time travel in my story had occurred. The best part about working on a time travel story is that it offers a possibility of a new timeline, where temporal interference alters history as we know it. Time travel is a great tool for entertainment and I hoped to make the best of it.

Your characters Stugel, Hartmann, and Crown are interesting and well developed. If Hollywood came knocking who would you cast to play your characters?

Characters are the ones who drive any story and I had a great time developing them to make them realistic and interesting. I am a military history buff and I learned that in any conflict there are decent people on both sides, who were caught in the maelstrom of war and did their duty to the best of their ability even if it was for a wrong reason. And if I was fortunate to be approached by the Hollywood agents with a movie offer and given a casting choice, I would probably cast Liam Helmsworth as Hartmann, Jennifer Lawrence as Crown and actor Alexander Ludwig as Stugel. I think they would be good for the roles.

Do you plan on continuing this series in another book?

Well, I would like to do it, except that I think the story had a definite ending and final resolution. If I decided to change history in my novel, then yes, I think a sequel or two might have been in order. Time travel story ideas are definitely on my shelf for the future projects, and as soon as I am ready, I shall develop another time travel tale with a new and fascinating plot that hopefully will be interesting and enjoyable. 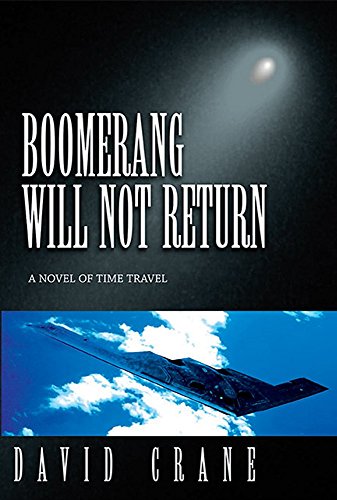 It was supposed to be a simple mission–deliver six nuclear missiles back to the United States onboard the most advanced Stealth bomber in the world. The B-3 Boomerang is a super weapon that knows no equal. Nearly invisible to radar and lethal, it’s a paragon of present-day military technology. And America’s enemies want its secrets. What no one expected was an aerial phenomenon that catapults the plane and its crew from the present day to the year 1942 into the heart of Nazi Germany.

With their plane disabled and captured by the Nazis, Major Richard Hartman and his copilot, Captain Deana Crown, are forced to fight for survival in a hostile land decades away from home. With the plane’s superior technology and its nuclear onboard arsenal, the Nazis could win the Second World War. The battle for the future will happen in both past and present. The pilots trapped in time now have a new mission: to save history at any price.