The Legend of The Omnipotent Twin Empress – Book Trailer

In 2150 last of the surviving humans unknowingly had an ancient DNA carried forward over millions of years? gave birth to hybrid Alien/Human Twins. Celia& Avalyn, Born Different from other Kids on Earth. So the story of Love & Lust began. Drama BTW, father & daughter started to take shape. Loneliness & freedom questioned all the time. surprises kept coming through every angle. destiny had a twisted sense of humour, sending echoes of time only Celia could hear& both books got unique stories following each other yet can be read in any order. full of fairytales, yet Epic, SciFi & Utopian lifestyle. Avalyn& Celia are the first Goddesses from Earth yet teach other races what equality, empowerment, sweet love and Art of forgiveness means Until Alpha Brothers begin to challenge them.

Intergalactic Saviours? Mysterious Spy? You Got It.

The Rise of The OMEGA Empress is a unique and entertaining continuation of your riveting science fiction series. What were some new ideas you wanted to explore in this book that was different from book one?

After the completion of the first book (Echoes for Celia)? I decided to combine the genre with space Adventure taking it to the limit as much as possible. After having a talk with an Author of Ancient Mysteries. Thought to explore the universe full of freedom, equality, calm, and no problem with colours or sexuality.

I really enjoyed all the unique and intriguing characters in your story. What were some driving ideals behind your character’s development?

Some times one wonder what would have happened or will happen if part of our past was so different or we had proper plans set in motions for the future? Personalities I created for the Protagonist were my driving force and were mentoring me throughout the creation of the novel during one incident involving one character as I had to combine past with the present? I had to experience drops of tears falling. Enough to say excitements of the next series will surpass anything I tried hard to add in this short novella. I was writing the book with the character called Ardan as an Alien? Without giving too much away? most of his unique features and personalities were developed honouring Leonard Nimoy, AKA Spock. (illustrations of Protagonist and rest of the cast now visible on tweeter, website and other social links).

I left enough tips and clues for lovers of cosmology and stars to wander about if this fiction can become fact one day. Word OMEGA has explained what it actually is, but I deliberately didn’t go to one chapter detail as I thought it wouldn’t be fair, although few more pages would have been fun. For those who are quick or especially into archaeology? They may notice a character resembling the name given to the fossil of a 3.2 million-year-old woman, which up to a few years ago considered to be the mother of mankind. Although I tried not to create a sweet love story like the first book? I equally showed a better side of the relationship after some sacrifices were made and some hard decision had to be executed by the ruling Empress. Hope to ascertain if this was an absolute law on Earth?. There would not be any hate or disrespect between couples.

When I published the first book, I quickly went on to this book, however as for the 3rd book, I have not named it yet, but all I can mention. Adding Alpha twins who want to rule with a fist is terrible enough. Now you are someone who born on Earth now in another Galaxy. How would you help all Earthling as their cousins / friendly Aliens without creating worldwide panic? Likely as a student of nature and Educated Astronomer. I am working on theories that can make sense, even though the story supposed to be fictional. The following book likely to be 70 to 80K words. My 3rd book should be available by August. Currently, my two publish novellas are priced as 2 for 1.

The Rise of The OMEGA Empress 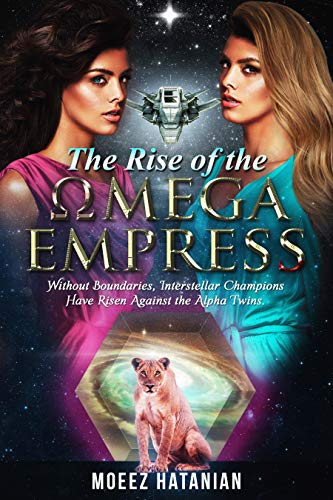 The Rise of the Omega Empress is the exciting first installment of the tale of Celia and Avalyn, twin sisters with a unique part of their DNA that has marked them forever. Celia is held by a psycho who was promised one of the twins aeons ago. However, there is more going on than a hostage negotiation. Celia and Avalyn will be thrown into a war with the mysterious and foreboding Alpha Twins. They must be careful who to trust and which steps to take. This richly-imagined science fiction novel will take the reader on many twists and turns with the sisters as they reach their full potential.

The Rise of the Omega Empress is a unique tale with its own intriguing mythology, science and physics that really makes the book feel original. The author has cleverly manipulated the laws of physics and science and adds his own spin so as to create rich and detailed worlds that feel fantastic yet believable. The addition of diverse and inspired characters also makes the story much more gripping, especially when our protagonists are placed in precarious situations. I appreciated the diversity of the characters, which are a wide range of ethnicities and sexual orientations. This gives the story a wonderful dimension that I was not expecting but greatly appreciated. Another noteworthy aspect of Rise of the Omega Empress is how it showcases the perseverance of life, even aboard an alien spaceship or at war. Life goes on and people have to find the good and positive things even in horrible situations as these characters do.

This space adventure is infused with creativity at every turn. There is so much to explore in this novel, and so much going on, I would have appreciated a bit more length to explore some of the more compelling aspects of the story that otherwise feel rushed.

The Rise of the Omega Empress is an action-packed romantic adventure novel that offers an imaginative perspective on alien life. This book is a light but entertaining read that will appeal to science fiction fans or anyone looking for a story with an innovative plot and alluring characters.

Rise Of The Omega Empress

Echoes For Celia follows a young woman who’s life changes forever when she learns about her destiny. What was the inspiration for the setup to this exciting novel?

As a person with a background in Astronomy and my keen interest in cosmology? Not believing Aliens yet believing we are not Alone I twisted theories of Ancient Aliens, and Ideas of Pyramids, Atlantis, coming up with the idea that maybe even first humans are not even us, so I in fact throw out the theory of Panspermia that our DNA came from another system in fact we are not even the first race inhabiting the Earth

Celia is an intriguing and well-developed character. What were some driving ideals behind her character development?

In the beginning, I wasn’t sure how to start than I thought to take a massive chance and go over the head over scientific society, and I’m sure if someday if this series of the book becomes best seller? I will have loads of questions from the scientific community! I decided to give her godlike power and without spoiling any read? Introduce Ancient beings that Mayans or Egyptian may have worshipped Eons ago around total Ice age of snowball Earth making them Type 6 civilization. Beings with far more abilities to Superman or even Q of Star trek to remind literary readers that if we get our acts together? We certainly can reach the same states. (I managed to talk with the Author (DAVID HATCHER CHILDRESS ON -CAMEO- ) Author of Ancient Mysteries and one of the researchers on Ancient Aliens was kind enough to give his opinion on sisters& Aliens. I uploaded on my YouTube.

What were some themes you wanted to focus on in this book?

Indirectly I referred to Earth & world were Ancient used to live long ago but they were far advance than any Atlantic civilization hance mentioning the Ice age. Without giving too much away. Plus I said the reason why there is two race of humans, what happened, i-e maybe build-up of pyramids. Those brightest should notice I did not write any historical romance and quickly find out the sister’s father sounds like which famous person in the world without referring. During my publication, I noticed that race and equality became an issue, and I strongly decided on the couple’s look and beauty in the book.

This is book one in your Rise of the Omega Empress series. What can readers expect in book two?

I’m happy to say that the second book already going through editorial soon. (The Rise of the Omega Empress) something entirely different, it may have romantic touch about it yes but more of techno-friendly and more diverse with all cultures, backgrounds, and those abilities or inability. This book you can expect to watch as a movie but leaving you sisters trying to protect the secret of life so no one can steal even with all their power, who is there amongst them friend or foe? Yet you got really on your powerful lion to save the godlike sister that can detect the spy? Oh, her name is NOVA. 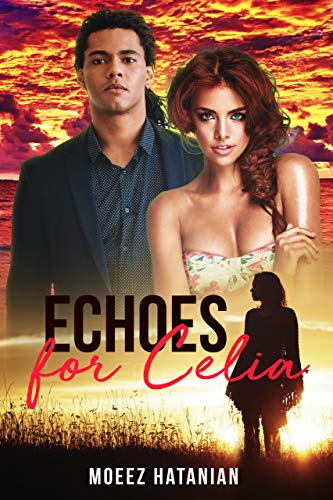 Echoes For Celia is a science fiction mystery thriller that slowly unravels an out of the box story. Celia delves in to reach another level of her potential and we are travelling with her in this expedition. The mystery is seeping in her veins and we can feel her enthusiasm to know the unknown. This journey gives her the perfect opportunity for self exploration. But when the enthusiasm fades and she is ultimately stuck in the turmoil which drags her deep into its twisted realities, will she able to find a way to solve them? This question kept me glued to the story from the beginning.

Since this is the first book in a series, the author has taken time to develop the personalities of the protagonists. The strong bond between Celia and Elijah was built before the introduction of the main theme, which helps keep you enthralled throughout the novel. Their love is special because they found their missing pieces of  their soul in the love they have. This deep connection paves the way for their breathtaking journey together.

We also get to see a slow transformation in Celia’s personality throughout the story. She is fragile and careless in the beginning. Maybe because she is more eager to taste freedom than stay in her luxurious life. But when she is forced to make choices of her own, she finds another side of herself and a strong female protagonist is born.

The core concept of this story is kept fresh by intriguing characters and alluring plot. Along with that, the first person narration perfectly adds to this thrilling mystery. The author carefully places clues throughout the story that careful readers will be able to pick up on, adding extra depth that can be caught in a second read.

Echoes For Celia ends on an epic cliffhanger that leaves you wanting more. Author Moeez Hatanian a though-provoking romantic adventure that will delight fans of the mystery genre and anyone looking for a read with depth and intelligence.

The fictional story yet you can find some popular names in the world who could live the same lifestyle. This is a Fantasy novella that features a young heroine whose life takes an exciting turn as she learns about her destiny, despite her academic achievements. The book takes an unexpected turn as the two main characters step into a new world. Series1