The Rashade tells the tale of Mara, a strong willed woman whose life mission revolves around avenging the death of her father. What was the inspiration for the setup to this thrilling novel?

My dad died due to medical mal-practice when I was 16. I was depressed and unwilling to talk about it. So I began to write. The initial thought was simple what if my character could get revenge. Then I began asking questions. Who was she? Who killed her father? Why? The more questions I asked and answered the more the story developed.

Not everybody in the story is who they seem and I enjoyed the progression of each character. What was your favorite character to write for?

My favorite character to write in this set of books is Mara. I created Mara to do everything couldn’t, she’s my extreme alter ego. I loved putting her in impossible situations and getting her back out again. Then there is her complicated personality. I think any time the character is a complex combination it is always more interesting and more fun to write.

The Rashade is a set in medieval fantasy type world that is very detailed. What were some sources that served as inspiration for the world you created?

Some of my favorite movies growing up were The Conan movies and Red Sonja. It wasn’t a surprise that when Xena came out I watched the series every week for years. Then in high school a friend introduced me to Terry Goodkind’s Sword of Truth series. A short while later I found Dave Duncan’s Seventh Sword series in a used book store. The Rashade‘ seems to be a conglomeration of all those things.

The Rashade is the first book in the Chronicles of the Coranydas series and delivers an adventure filled with magical characters and valiant warriors. Where will book two in the series take the story?

There will be a few new characters and you’ll meet other magical races. Mara has a few roadblocks left in her path, one them being her mother. But I couldn’t let Laran get away with murder. There is going to be a war of blades and magic. Only the strongest will survive. 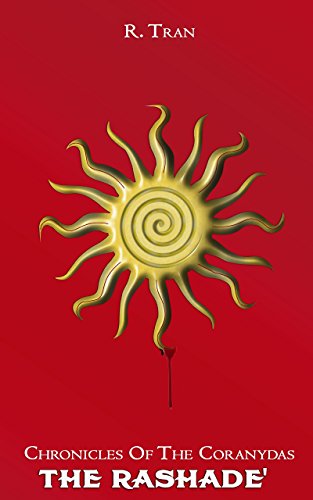 After her father was murdered before her eyes, Mara Coranyda traded a life of privilege, for one devoted to vengeance. Shortly into her quest to find the mage that murdered him, Mara discovered it wouldn’t be an easy task to accomplish. Not only would she have to find the magical artifacts to destroy him, but she would also have to raise an army to stop his conquest of her homelands.