A Fire in the West 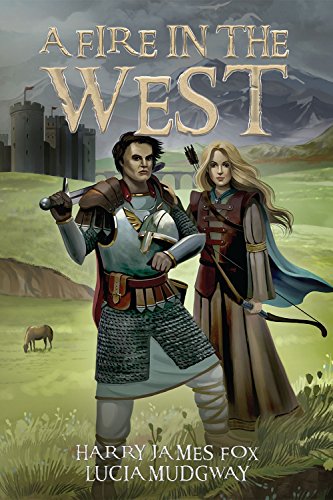 A Fire in the West is a Christian fantasy novel that is the third installment in the Stonegate Series. The third book takes place a hundred years after the first two, in the west of the Rocky Mountains. Even though the book takes place in the future, it seems that civilization has taken a back step. The novel takes place in the United States, and even though some locations are easily recognizable to the reader, it’s evident that they have changed in many ways. The one thing that has completely changed are the characters within the novel. They are left without the technological advances needed or wanted to face life’s challenges. They’re faced with evil and have to work together to battle it while keeping their basic values intact.

One of the big things that I appreciated within this novel was the authenticity of the main characters. I found there to be a good mix of characters and all were believable. Harry James Fox and Lucia Mudgway do a great job at giving each character a level of complexity that makes them more interesting. The authors also do a good job at setting up the dystopian future that the characters are living in, so these aspects of the novel are believable to the reader as well. I can see how the break from the social norm and downfall of technology came about.

Even though this was the last book in trilogy, the reader can still follow along with the story line without having to read the first to books. It’s a good enough story to want to go back and read the first two however.

I thought that the theme of Christianity within the story was a bit off from what I was expecting. We understand from the beginning of the novel that Christianity has remained with the characters despite the collapse of just about everything else. This story line provides the argument that once everything else is gone, our faith in God remains. But the characters don’t discuss or display an intimate relationship with him throughout the novel. I felt that there was no specific relationship with God illustrated throughout the novel, and I thought that the characters also don’t seem to give a second thought to the devil or the idea of hell. He’s present within the novel, but I never got the feeling that the characters actually feared him, it was more of a loathing towards him. These missing pieces aren’t necessarily a bad thing, just something that I thought might have been incorporated into the tale.

This book can be read and enjoyed by adults and young adults. Fox and Mudgway work together to create an interesting story that keep the reader’s attention and harkens back to an important aspect of any society, culture, or religion – morality.