The Oaths and Vows They Made 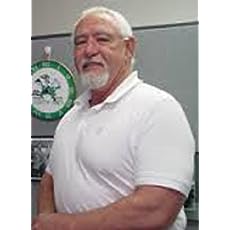 The Monk follows Detective Laskey and ex- detective Billy as they attempt to solve a murder while trying to overcome their past. What was the driving motivation behind this book?

The relationship between long time Police partners is unique. Only that between soldiers in combat is comparable. Investigation is far more interviewing, looking at crime scenes and bodies than it is portrayed on television. If you got in a shooting every week like on television, I can guarantee you a lot of Departmental therapy.

You never hear about all the men and women who put on the badge and hit the streets every night, often putting themselves in harms way for people they don’t even know and fulfilling the Oaths and Vows they made. These Officers never get any press and the “Bad Cops” get more press than they deserve.

I hope “The Monk Mysteries” will give more press to the “Good Cops” and provide the reader some insight as to the emotional battles that come with the job while trying to live a normal life.

I could really feel the old camaraderie between Laskey and Billy in this book. What served as sources of inspiration for you while creating their relationship?

Personal experience with longtime Partners. In particular, a guy named Jack, who passed away several years ago and far too soon. We were tight at work and off-duty for years. We worked Patrol, Narcotics and K-9 for years. However, there came a time when a similar situation as depicted in the book, as to a job change caused some friction. We went our separate ways but were able to re-connect before Jack passed away.

What has been the most surprising feedback you’ve gotten from your readers about the book?

Most often is how strong and independent the female characters are. This wasn’t a conscious act on my part rather, it is the type of women that are required to deal with the males in the book. They are also like so many of the women I have known and admired in my life.

This is book one in the Monk Series. Where will book two pick up and when will it be available?

“THE MONK Vol 1 Revised ed” is a revised version of The Monk I wrote ten years ago. After writing ‘The Gumdrop House Affair” Vol 2, of the Monk Mysteries, which has been on Kindle Best seller list for two years, I realized that I had become more confident in my writing and needed to revise the first version of the Monk. Same characters and on Capitol Hill but better and hopefully more entertaining for the Reader. 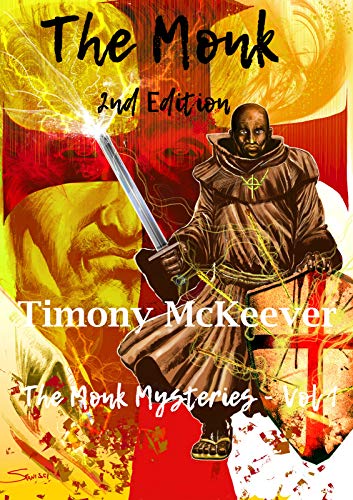 A Catholic Priest talking about Evil is not unusual. However, a Catholic Priest looking directly into the eyes of “Evil” who the Monk calls “The Ugly” is unusual even for the Capitol Hill area of Denver and St. Benedict the Moor’s Church. This is just one of the “Spiritual Tests” the Monk faces as he attempts to solve the murder of Julia Lopez with his ex-Partner Det. Sgt. Jack Laskey.

With political pressure applied by the Governor, the Archbishop of Denver and the Franciscan Provincial, The Monk becomes a “Special Consultant” and helps Laskey solve the “Murder of the Decade” and save his position which was in jeopardy due to his inability to adjust to any Partner other than the Monk. During the course of the investigation the Monk faces the “Ugly” in many forms in the present and confrontations from the past. Those confrontations led the Monk to become a Priest and a “Spiritual Warrior” as well as a “Physical Warrior.” Leaving the and security of “Our Lady of the Rockies” Orphanage run by his Order, the Monk must return to the streets of Denver and find the killers with Laskey.

William Yeats Butler known as “The Monk” on Capitol Hill gave up a promising career in the NFL to become a Policeman. He had been an All-American at Notre Dame and was a local Hero and role model in Denver. Through 10 years with Laskey as his Partner, they worked Patrol, Narcotics and Homicide. They were the “Toughest Cops” on the streets of Denver. In their quest they are assisted by Irish/Japanese Officer Mai Li McDuff. Some would say she got the worst of both cultures; “Peaches” the transvestite hooker; “Popcan Charley” a resident of Cheeseman Park; “Mikey” the restaurant owner with Mob connections and “Frank” the only “Irish English Bulldog” in Colorado – all this under the watchful eyes of Father Ian Timony, Father Augustus O’Shea and Aunt Rhoda Williams.

Billy has only ever wanted to liberate the oppressed. He worked as a cop for ten years only to leave that behind and join the priesthood. About half a decade since he left the force and last spoke to his ‘brother’, he is called upon to help with the murder of his goddaughter Julia. He can feel the heavy presence of the devil in Capitol Hill Denver. He is determined to fight with prayer. William Yeats Butler is no weak person. He is a worthy opponent. He is a warrior. Will the killers of Julia be brought to justice? Can Billy and Laskey ever get overcome the past?

Set in the 1980’s this book is the first in a two book series. It’s an account of suspenseful mysteries with a bit of a narrative on spirituality weaved in. Written by a cop, you really can feel the intensity of a police investigation. The pain of knowing the victims on a personal level. The valor required just to get out of bed each day and prepare for this job. One can also clearly see the sheer sacrifice that comes with the job. Timony McKeever is a brilliant storyteller who has mastered the art of setting the scene using simple language.

There are so many characters to love. Moving away from the obvious, Billy, one cannot help but admire the double edged sword that is McDuff. MLM can be tough and mean but she can also be sweet and charming. It is so strange yet so compelling to experience. Laskey on the other hand is a faulty human being. He is great at his job and has better fashion sense now but the cracks in his personality make for some comedic relief. The author, it seems, has developed each character for the sole reason of building a rapport with the reader. To invite the reader into Capitol Hill as opposed to just watching events unfold from the sidelines.

The prose is succinct, and the dialogue is engaging because things are kept short. It is especially fun to see Laskey and Billy fall into their old relations so quick after they are reunited.

Be warned, there is quite a bit of profanity. However, it serves to set the tone of the book and is yet another thing that paints an accurate picture of interactions between brothers in arms. This is a book worth reading. If nothing else you will appreciate what it takes for criminals to be brought to justice.