A spider, Baseball and Birthmark 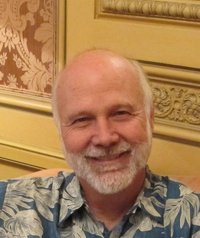 Forgotten Letters follows Robert and Makiko as they overcome many obstacles for family, love, and faith, during a tumultuous time in history. What was the inspiration for this heartfelt novel?

The inspiration for my story was a dream that I had 15 years ago. The entire story was in my dream. I did not have a recurrent dream ever again but the story was always on my mind. I would think about the story frequently but told no one about the dream for years. I then told my wife and several good friends my dream. They were spellbound and when I finished they said I should write a book. I put the project on hold for over 10 years and started to put the story on paper 4 years ago.

Robert and Makiko deep and well developed relationship. Was there relationship planned or did it develop organically while writing?

You wrote this book with Mario Acevedo. What was the writing collaboration like?

Mario Acevedo is a very talented and professional author who has produced a number of very good books. To name a few “Werewolf Smackdown, Blood Business, Rescue From Planet Pleasure” and many more. Mario was very easy to work with and has a wonderful imagination. Mario and I worked very well together and I thank him so much for all his input.

This book was able to get many historical and biblical details correct. What kind of research did you undertake for this book?

The research we did was a great deal of fun and good learning experience. For a majority of the facts we used Google but we each relied on our military backgrounds to help with those facts. In the beginning of my dream there was a big earthquake in Japan early 1900’s. I thought Japan always has earthquakes so I did research for that time period . I found that in 1923 the “Great Kanto“ earthquake destroyed both Tokyo and Yokohama with shaking and fires. The fires were started by the open hibachi stoves in most houses at that time.

Remember three things when reading Forgotten Letters a spider, baseball and birthmark.  These three items will be introduced at the beginning of the story and again introduced  later on.  I think the reader will smile at reading each of the words again.

A trove of forgotten letters reveals a love that defied a world war.

In 1924, eight-year old Robert Campbell accompanies his missionary parents to Japan where he befriends a young Makiko Asakawa. Robert enjoys his life there, but the dark tides of war are rising, and it won’t be long before foreigners are forced to leave Japan.

Torn from the people Robert has come to think of as family, he stays in contact by exchanging letters with Makiko, letters that soon show their relationship is blossoming into something much more than friendship.

The outbreak of total war sweeps all before it, and when correspondence ends with no explanation, Robert fears the worst. He will do anything to find Makiko, even launch himself headfirst into a conflict that is consuming the world. Turmoil and tragedy threaten his every step, but no risk is too great to prove that love conquers all. 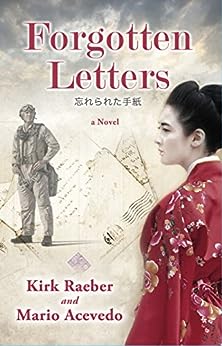