← The Most Fascinating People In History
Vampires: Don’t You Just Hate Them? →

The Hunters Sign is a genre-crossing novel with elements of paranormal and dark urban fantasy as well. Did you start writing with this in mind, or did this happen organically as you were writing?

There were a few differences between the summary and the final draft, but the overall story remained intact. I always try to make my fantasy books atypical, so I avoid as many fantasy tropes as I can and I tend to cross genres to make a story that’s unpredictable and interesting.

I’d say the main character, Adam, was the most fun to write for. He’s smart and also a smartalec, the kind of person I wish I had the nerve to be. I liked developing his relationship with Amy for I attempted to give them real chemistry. I’ve read a few books where couples come together out of physical attraction and having fun at events but don’t real talk about things they have in common. I guess the author is unwilling to have their couples touch on issues that a reader might take offense at, or perhaps a relationship is only meant to serve the story and nothing more.
I was once afraid that Ricky, the secondary character, would practically take the story away from Adam, but as the book went on that didn’t happen. He’s only meant to serve for expository purposes, to observe things for the sake of the reader that Adam can’t observe (or else the story would be over much more quickly). Still, it was interesting to write about a character who’s not exactly a bad guy but has a different moral code than Adam. He really is a scamp!

Magic is used throughout the book and I felt it was deftly handled. How did you maintain balance to make sure the magic that was used was believable?

I believe that in any fantasy story with magic-wielding characters, strict limits should be imposed on the magic. I did this by saying there are three different “schools” that mages can adopt, and while they can use magic from various schools, they can only be a master in one. I also said mages can be measured through “levels” that determine their adeptness, and I made it hard for one to become a mage by inventing “phosphorescent stones” which give people magic abilities but can be dangerous when handled incorrectly (an incentive for someone to not become a mage). If an author makes magic seem too easy, it may make readers raise questions such as “If this guy can do this useful spell at this time, then why can’t he do it at this other time?”

My next book is titled “The Legend of the Three Roses,” which I’m very excited for! It takes place in a kind of medieval setting, and it starts out as a crime story only to evolve into a war story. The book reflects my thoughts on certain matters of spirituality, so characters touch on sensitive themes. It’s the most daring story I’ve ever written–graphic yet fun as well. I plan to release it sometime in June of 2017. 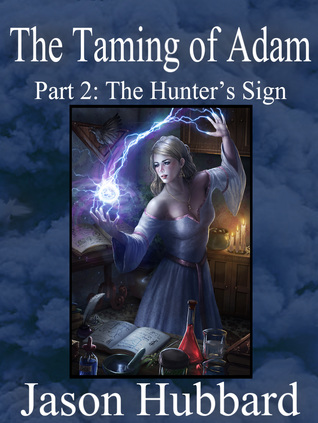 “Four years after the events of Part 1, 21-year-old Adam Taylor has moved to a new city, Almin. Here he plans to make a new start of things by attending a new school, learn new magic spells, and make new friends. And although love is not on his mind, he ends up falling for Amy Graine, the beautiful daughter of the CFO of Entercor Contracting. They are of two different disciplines of magic–him being a black mage and her being a white mage–yet they overcome their differences and begin a whirlwind romance that softens the scrappy young man’s heart. But Amy holds a secret that will test Adam’s conscience, and so he will be forced to side with either his girlfriend or those who wish to bring down Entercor.

Meanwhile, one of Adam’s school roommates, Ricky Grater, meets a mysterious man named Cameron Moss. Cameron is a fellow mage capable of powerful magic spells, and despite Cameron’s impulsiveness and abrasive behavior, Ricky looks up to him as a friend and mentor. The two men go through fast times gambling at the local casino, picking up lovely women, and enhancing their magic abilities. Ricky believes this is the start of a long and fruitful friendship that will further his magic career and keep the good times going. But behind his warm smile and easygoing attitude, Cameron has a hidden agenda, one that will ensnare Ricky in a web of lies, murder, and forbidden magic.”

← The Most Fascinating People In History
Vampires: Don’t You Just Hate Them? →