Sour Lake Or, The Beast 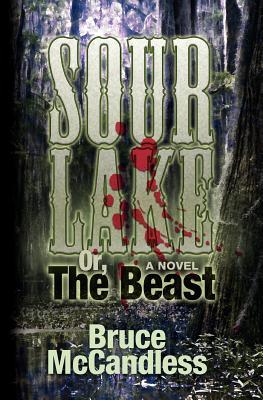 Keep the lights on when you read this book! Sour Lake Or, The Beast will transport you back in time to East Texas, 1911. Chapter one is called Pray, and that is your only warning of what is to lie ahead. A brutal and gruesome death of the young school teacher Lenard Dalchau leads you into the world of this small Texas county of Ochiltree. Prejudice and racism run high and the locals want this death solved and forgotten quick. Reeves Duncan, the sheriff however isn’t one to just jump to conclusions and hang the wrong man. Agreeing with the sheriff that this is no ordinary murder case is “Doc” Walter McDivitt that has seen enough brutality for a lifetime. These two take the lead in discovering the truth. Together they discover a truth that no one wants to hear, and no one would believe if they did.

Bruce McCandless III is a talented author that is a cross between Steven King and the voice actor Robert Clotworthy. The historical descriptions and language are offensive to modern society but are accurate for 1911. It is so clear you feel like you are really back in Texas in the early 1900’s and living with this society. I’m not typically a person that enjoys horror novels because my imagination will just keep me up all night with every bump in the dark. McCandless however has written a story so engaging I couldn’t put it down. There are so many surprises in the pages it is hard to reveal much for fear of giving away the next piece of the plot. I can say I fell in love with the character of Sheriff Duncan. A man that lost his wife, became an alcoholic and overcame it. A mild mannered man that wants to be fair and not rock the boat. He does have a conscience and uses that to guide him as the story progresses, that inner instinct and unwillingness to follow a mob mentality. Sheriff Duncan believes in facts, and even when those facts point to things that should not be real he doesn’t discredit it. When all is said and done, he just wants to walk away. But how can you walk away from the nightmares he endured?

This is a novel you just can’t put down, it will draw in readers that like historical fiction, horror, a little sci-fi and a lot of action and gore. All the main characters are given rich back stories so you feel you really know who they are and how they ended up in Ochiltree County. The story line is unique and completely original probably because of when it takes places. Overall, I recommend this book to anyone that needs an escape from modern drama, this book will take you away and make you think, as well as surprise you from one chapter to the next.