← Lost In His Own World
Take it in Stride with Patience, or Die →

Through the Planes of Existence 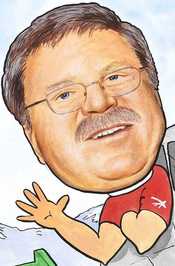 Damaged Beyond All Recognition follows a man who is unwilling to accept an afterlife that provides nothing more than eternal self-awareness. What was the inspiration behind the idea for this novel?

I finally got around to reading The Sirens of Titan by Kurt Vonnegut just before I started my novel. I was blown away by Vonnegut’s masterful handling of such a complicated story. It was the type of book that I had always wanted to write. So, I thought I would give it a try and see what would happen. I had a short story idea about a fractured afterlife, and I took it from there.

I enjoyed reading about your unique take on God and how the Creator is dependent upon others. What were some themes you wanted to capture while writing about this topic?

I always found it interesting that humans have such wide-ranging views about God. Some think that God controls our every action while others think He doesn’t even exist. We read about how God created man in His own image, but I haven’t run across too many who see him as another guy. What if He just has the necessary job experience that would come from living countless lives through the Planes of Existence?

I loved Paul and Maggie Mae’s relationship and admired their dedication to one another. Did their relationship develop organically while writing or was it planned?

That relationship is based on a college romance that I had with the real-life Maggie Mae. She is the subject of a chapter (“There’s A Little Black Spot On The Fun Today”) in my first book, Damaged Right Out Of The Box, a humorous and wistful autobiography of sorts. The description of how Paul and Maggie Mae met and how their relationship flowered tracks what really happened. And it was my girlfriend’s career drive that prompted me to walk away. I couldn’t see myself playing second fiddle at the time.

But now I regret what happened and how it happened. So, I thought I would extrapolate the what-if. What if Paul and Maggie Mae said goodbye, but not a forever goodbye? What if he would wait for her while she proved to herself that she could be all that she could be?

I’m working on the sequel to Damaged Beyond All Recognition. It’s entitled Damaged And No Longer Under Warranty, and it continues the story of whether the Paraverse was really the answer to preserving eternity. I hope to have it out in about 18 months or less. 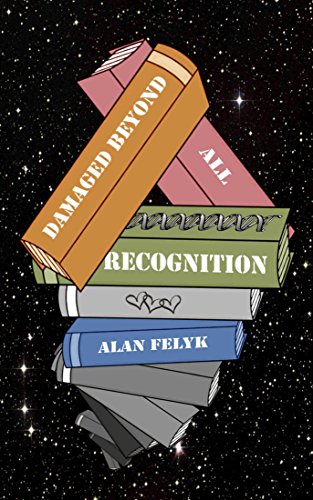 Extending the literary traditions of Kurt Vonnegut and Douglas Adams …

Paul Tomenko is no stranger to the improbable. He became a magazine sweepstakes winner and celebrated counterculture writer by age 19. Now, after reaching for a can of Chef Boy-ar-dee spaghetti and meatballs, he’s traveling to and from God’s library somewhere outside the Universe to prevent the end of eternity.

Because of a DNA flaw, humanity no longer can ascend through the Planes of Existence after they die. They can’t access memories from countless past lives in previous versions of the Universe or acquire new recollections. That means no one will have the needed expertise to replace God when He dies. And, to complicate matters, Paul must enlist the help of his two lovers–Maggie Mae Monahan and Allie Briarsworth–because of their unique abilities. But the trio discovers the preservation of forevermore can turn someone’s soul inside out. Literally.

The novel chronicles the life of an ordinary man under extraordinary circumstances. Paul is unwilling to accept a broken Afterlife that provides nothing more than eternal self-awareness. He is also reluctant to choose between Maggie Mae, a brilliant geneticist who has the uncanny ability to “connect the dots,” and Allie, a novelist who inexplicably senses past and future events in the cosmos. The unexpected is to be expected from an unusual cast of supporting characters: Cher the Gatekeeper and Katharine Ross the Librarian, figments patterned after two celebrities for whom Paul has lusted; Gronk and Grita, two “resurrected” six-year-old neo-Neanderthals who are the most intelligent humans on Earth; Tsutomu Yamaguchi, an innovative bioengineer named after a Japanese man who survived nuclear bomb blasts in Hiroshima and Nagasaki; and Dr. Peter Lexington Townshend, the head of a genetics laboratory that already has prevented the Russians from stripping politicians in Washington, D.C., of all their memories.

Be prepared for a book that examines our metaphysical questions with a mixture of mind-bending possibilities, laughter, and tears.

← Lost In His Own World
Take it in Stride with Patience, or Die →