← A Book of Wisdom
Through the Planes of Existence →

Lost In His Own World 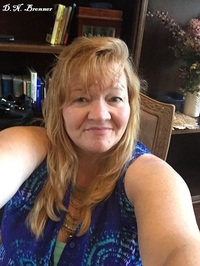 The Ancient Sacred Tree: Birth of a Hero follows a 12-year-old boy who finds himself thrust into a magical land full of danger. What was your inspiration for this thrilling novel?

My inspiration for my story hit me after several episodes of depressive and manic scenarios with my son Joshua back in 2006. I felt helpless, as I watched my youngest child suffering from the throngs of what I learned to be bipolar disorder. He often would daydream and seem lost in his own world and although I researched to find answers, support and help, I couldn’t imagine this world he lived in, full of darkness. It was dreadful. Anyone with this disorder knows that it can cripple a family. I couldn’t fathom this life and so I created a world in which I wanted him to be the hero, one where he could over come any obstacle, to tell his story.

Joshua struggles with being bipolar and his parents divorce. I felt that you handled both with care and realism. Why did you want to cover such sensitive topics in your novel?

As a mother it was heart-wrenching and I learned so much, but still the world seemed to stigmatize the mental disorder my son suffered with and I wanted to change that for my son and others like him. As a teacher, I felt this story, in the hands of kids, could help them relate to a character like Joshua and they could empathize. Kids like Joshua would also enjoy reading that a character like them could overcome obstacles and become a hero, faltering along the way, but always striving to overcome. These are both important in our world with kids in schools, to help end the stigma and normalize these kids in not only their eyes, but others in school as well.

The world Joshua entered is full of magic and wonder that is described superbly. What were some themes you wanted to capture when creating your world?

I actually wanted to describe a fantastic world, full of intrigue and one in which I felt my son would enjoy, he seemed to love imaginary play outside with his action figures. So in the beginning that’s what I wrote, but as I progressed and the characters formed in my mind, and real life also took us on a journey through darkness, it was dreadful. Secondary to the imaginary world, it was essential Joshua Creed faces grave darkness, soul crippling darkness, although not as prevalent in this book, the series will encompass thematic elements of the darkness in anger and the peace at the end of the tunnel.

Will this book be part of a series? Where will book two pick up and when will it be available?

Yes! The book will be a series of three, possibly more books. I’m currently in the editing stage with book 2 and will come out this year, with book three later this year or early 2019.
The book will pick up two years later, where Joshua continues struggling in school and learns a great deal more about the prophecy of his destiny. If you pick up a copy of the first book, there’s a preview of the first chapter at the end. Enjoy! 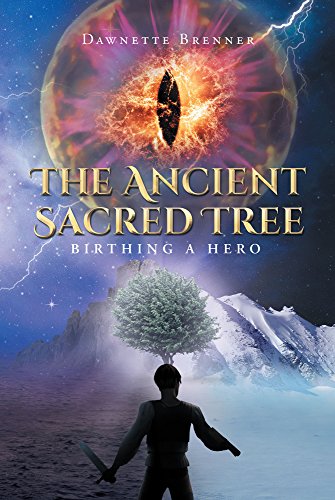 Joshua Creed receives disturbing news about his parents, but before he is able to process it, he is flung into a world of intrigue and danger where he must fight for his life and the lives of the inhabitants. He discovers he has secret powers, and the mystery of his eye is revealed, but it isn’t easy being bipolar and only nine years of age. His newly found friends and family help him through his adventure but not before he’s forced to change schools.

The action-packed, fun, and exciting adventures of Joshua begin in this first adventure of his destiny.

← A Book of Wisdom
Through the Planes of Existence →