An Ambition To Belong 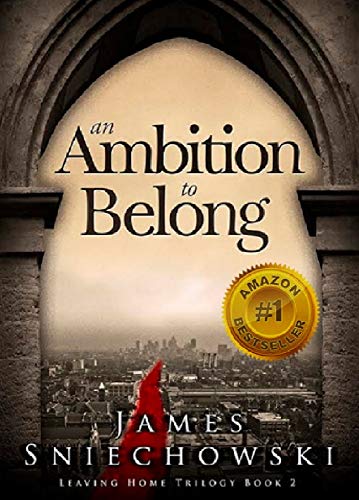 Young Jim has reached adolescence and is struggling with where he fits in life. Mostly because he doesn’t know himself well enough at this point to figure out where he feels most at home. He doesn’t fit in school. He joins a gang where he can only hope to belong, but never really does. His home is more house than home with both his parents living almost separate lives. Will the relationships he fosters be meaningful enough to withstand the tumult of adolescent existence?

Jim’s story is quite representative of what teens go through. The author has woven an almost poignant tale of Jim’s struggle to find a home. The story is thoughtfully narrated with an evocative plot and colored with insightful observations. Most of all, it is candid. All has been bared for the reader to see and experience. The reader is pulled into this abyss of raw emotion and overwhelming teenage confusion from the minute Jim celebrates his entrance into the Lancers (the gang) to the point where he loses his friend.

The book makes sparing use of dialogue and utilizes mostly internal dialogues between Jim and the ‘Voice’. The reader gets in depth peeks into Jim’s mind. This helps carry the story and paints a clearer picture of what Jim must have been going through. It is actually easy to lose oneself in Jim’s mind as it is a web of unanswered questions, self-doubt and all-around uncertainty. This is brilliantly executed and is well suited to the plot.

The book is written in plain language that is easy to understand, utilizing simple language to create striking imagery. Keeping the focus on the intriguing characters rather than on some grand literary design. Each character represents some form of human insecurity or peculiarity. Almost every reader will recognize themselves in one or more of the characters. Thereby enhancing the bond between the reader and characters for a more fulfilling experience.

This book left me feeling… haunted (I suppose that’s the right word). Although in the end Jim seems to be settling down, I felt that his questions of where he really belongs and his purpose have not been fully covered. This begs the question; will human beings always carry a degree of uncertainty with them?

This is an exceptional installment in the Leaving Home Trilogy. The first one was an absolute delight, the second one is undeniably beautiful and I am positively giddy for the third.