Fairy Tales: Classic stories for the childlike–young and old!–by the man who inspired C.S. Lewis

Featuring Arthur Hughes’ original illustrations and the introduction by George MacDonald’s son, Greville MacDonald, from the 1904 edition, plus a new Preface by MacDonald’s great-great-grandson, Christopher, and a new Foreword by C.S. Lewis’ stepson, Douglas Gresham.

For over 150 years, the childlike of all ages have delighted in these classic stories by George MacDonald (1824-1905), the grandfather of modern fantasy fiction. He was the single greatest influence on C.S. Lewis (author of the Chronicles of Narnia), who wrote “I have never concealed the fact that I regarded him as my master; indeed, I fancy I have never written a book in which I did not quote from him.” MacDonald was revered by G.K. Chesterton and J.R.R. Tolkien in the last century, and by Andrew Peterson, author of The Wingfeather Saga, in our own–to name just a few of many!

Fairy Tales was first published in 1904 by the author’s son, Greville MacDonald, and includes eight of his father’s greatest short stories: The Light Princess, The Giant’s Heart, The Golden Key, The Shadows, Little Daylight, Cross Purposes, The Carasoyn, and The Day Boy and the Night Girl.

This edition includes Greville’s original introduction and the title page and thirteen illustrations created by Arthur Hughes, who worked closely with George MacDonald throughout his career. To the contents of the original we have added a preface by Christopher MacDonald, the author’s great-great-grandson, and a foreword by Douglas Gresham, C.S. Lewis’ stepson.

His Quest to Save the World 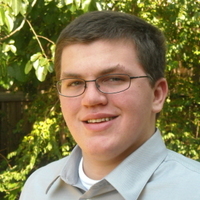 The Chimaera Regiment follows Hector as he sets off on a world altering journey. What was the initial idea behind this story and how did that transform as you were writing the novel?

The first idea that I incorporated into this story, or what eventually became this story, was the question, “What if someone compelled a worldwide society, perhaps not far into our future, back to a level of technology and culture comparable to the very first tribal communities?” Of course, by the time I wrote the book, I had decided to aim for something closer to the late Bronze or early Iron Age than the Stone Age, and the whole question became part of the world-building rather than a story I tell during the book.

The character of Hector started to develop as I began to catalogue ideas and lay out a basic plan of the plot. Up to that point, I had never completed anything longer than a short story (in spite of my best efforts), so I wanted to make it as easy as possible for myself to get all the way through a novel. To that end, I took that advice so frequently bandied about, “Write what you know,” and decided to make the hero someone a little younger than I was at the time.

The first draft of the novel was quite a bit shorter than it is now, and it ended up collecting dust in a box for a few years. (I prefer to write first drafts by hand.) Around the time a movie was released with, by total coincidence, my working title, I decided to go back to it and see what I could make of it. By that point, I had gotten a college degree and learned enough to know that the first draft had a good core, but the implementation was all wrong. Over the next couple of years, I went through the entire book and rewrote it, this time trying to make sure all the pieces aligned. It was at this point that I incorporated mythology into the story and titled it The Chimaera Regiment.

That initial idea is still in there, and you can see the edges of it as the backstory develops through this book, but I’m going to explore that question more closely in future books.

I think the story has roots in mythology. Do you read books from that genre? What were some books that you think influenced The Chimaera Regiment?

It does, and I do. My bachelor’s degree is focused on the Classics, which some may have heard called Classical Studies or (my favorite) Classical Philology, so I learned Latin and ancient Greek and I read a lot of Greco-Roman mythology, both in English and in the original languages. (My knowledge of Norse mythology is pretty limited, I’ve barely touched Egyptian mythology, and I’m as clueless as the next guy when it comes to anything else.)

For The Chimaera Regiment in particular, I looked to a lot of different sources for inspiration. What I wanted, perhaps most of all, was to craft a story that people would enjoy regardless of their educational background, but I also wanted to include a lot of “Easter eggs” for people with the same knowledge-base I have. So on the surface you have Hector on his quest to save the world from the Chimaera Regiment, and underneath that, I’m incorporating themes and plotlines from the myth of Bellerophon. Bellerophon, of course, was the hero that killed the Chimaera in the Greek mythos. Most of that particular tale comes to us from the writings of Apollodorus and one section of Homer’s Iliad, but there are a lot of minor references in other works, too.

While the myth of Bellerophon and the Chimaera is interwoven with the main plot, I also included references to other myths, both significant and minor, throughout. The vast majority of those can be found in Homer (either the Iliad or the Odyssey), Vergil (the Aeneid), or Ovid (the Metamorphoses), but to be honest, I enjoyed the process of hiding those references so much that I’m not completely sure I could tell you all of them at this point!

I found the characters in this story to be complex and engaging. What were the driving ideals that drove the characters development throughout the story?

Especially when it came to Hector, whom we follow more closely than anyone else, I wanted something realistic. I find a lot of “coming of age” hero stories jump too quickly from “callow youth” to “great warrior” without much reason for it. I didn’t want my readers to ask, “Wait, why can he do that? How come he’s not daunted by this fight or fazed by this tragedy? When did he have time to learn strategy?” Incorporating that development was important to me.

When it came to the other characters, it was a matter of establishing ideals for each of them—how they saw the world, how they expected life to go—and then challenging those ideals with reality. Sometimes reality is better than they thought, but usually, it’s worse; either way, they have to adjust to deal with that. It’s a process not altogether different from the way we deal with change in our own lives.

I find a problem in a well written stories in that I always want there to be another book to keep the story going. Is there a second book planned?

There is a second book planned (and, very roughly, a third). The sequel is titled The Aegipan Revolution and picks up, not where the main story of The Chimaera Regiment leaves off, but rather where our epilogue leaves off, with the child learning this epic tale from his history.

I’m in the midst of writing The Aegipan Revolution, and I’ve passed the halfway point, but there is still a lot left to tell. After that, I’ll need to edit it thoroughly (though hopefully not as slowly as the first book!). On top of that, my day job has me incredibly busy these days. So I’d love to set a date for the next book’s release, but I can’t realistically estimate that right now. 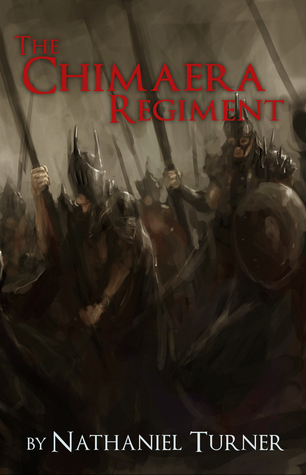 It is late autumn in the 2040th year of the Sixth Era. For centuries, peace has reigned among the tribes of men, but as an early chill descends on the land, a new war looms from the south. Lord Derek, ruler of the Chimaera Regiment, seeks to reestablish the ancient Fylscem Empire under his banner, and he will stop at nothing to restore the dominion of his bloodline.

Before him lies the idyllic Valley of Kyros, home of the Alkimites, where the last direct heir of the old empire lives in ignorance. Guided by the ancient Guardian Lord Aneirin, Hector son of Abram must travel to the primeval capital of his heritage. There, in the Library of the Ancients, he must retrieve the three Blessed Blades of the Emperor, symbols of his authority. Agents of the Chimaera Regiment pursue him, and barbaric tribes stand in his way, but his path may unlock the secrets of the past, and it could bring light—or darkness—to the future.

Many tales of adventure begin with chaos. There is always something that spurs action onward and The Chimera Regiment by Nathaniel Turner is no exception. Of course, there would be no story without chaos. Our story begins with a wizened man telling an unidentified youth a tale. There is no conception as to how long ago the events have occurred, but it draws the reader in. We meet Hector, his friend and confident Caradoc and a host of other players. There is an air of mystery surrounding The Guardians who are not creatures of our world. Before he knows it, Hector, the boy who can’t seem to do anything right, sets off on a world-altering journey. On the way he will mature, grieve and overcome the fate that has been so carefully laid out for him. With an elegant voice Turner will take us on a journey with Hector as he climbs towards his destiny.

Turner begins every chapter with careful details on time and date. He has created a complete world and the universe-building that happens in the first few chapters of the book are carefully laid out in such a way that they do not bog the reader down. Instead of reading endless pages of text as an entire universe is explained, Turner cleverly inserts important pieces throughout the story. This makes for an easy read and allows the reader to almost subconsciously learn about the history and environment of the world within the novel.

Our protagonist is young for this world, approximately fifteen, when he sets out on his journey. He is the ‘chosen one’, the one who will bring peace to the world. As a young adult who has already lost a parent this is a heavy task. He has yet to completely define himself as a person which may be for the best. Hector is much like any other teenager: falling in love, short-tempered and trying desperately to find out where he belongs in society. He wants what most teenagers want no matter what world they live in: he wants an identity that makes him satisfied. As he undertakes the journey we get to watch him grow as a person. He will learn to let go of certain behaviours and he will learn to adopt others. He will learn the true horrors of the adult world and he will learn his place in it.

The prologue and epilogue assist in putting the entire story into perspective and tell us where it fits in the ‘today’. These two extra parts set the tone and also bring about a satisfying conclusion that the final chapter wouldn’t have been able to do on its own. It eases us into the story and out of the story in such a delicate way.

Nathaniel Turner does well in capturing the audience’s attention in The Chimera Regiment. This fantastical adventure does not feel drawn out, bloated or overwhelming. It does well as a stand-alone novel but would also work quite nicely as the introduction to a series. Readers looking for adventure won’t be lead astray by this story.