Passion for the Vampire Legend 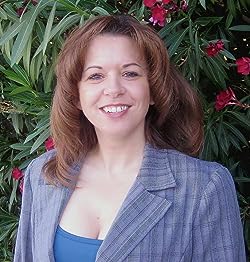 Eternal Bloodlines follows Amanda, an average girl with a boring life when an unexpected event sends her life hurtling in a sinister direction. What was the inspiration for the setup to this thrilling novel?

I have always love vampires. However, I wanted to create a story that readers could relate to, one that was different, and Amanda is the one character who could do just that.

I felt that Amanda was a fascinating character, her later character contrasted greatly with her beginning character. What were some obstacles you felt were important to her development?

Actually, there were not any obstacles to Amanda’s development. I used much of how I felt growing up in a small town: want nothing more than to get out, get away, and have an adventure. The use of my personal insights and experiences from growing up in a small town (though none of those experiences involved a vampire, of course) made Amanda’s development almost seamless.

The bond that forms between Amanda and Mihnea is one of the things that I enjoyed about this book. What were the driving ideas behind their relationship throughout the story?

It was important that Mihnea be someone Amanda thought she knew all about from her research and her passion for the vampire legend. It was also important that when she meets the man, she believed she knew about, that he was not that person. But, he needed to be someone she empathizes with, that she can relate to. He needed to be a surprise and change everything she thought she had learned.

My next novel is coming in July. It’s titled Shadows Fall. And though I don’t want to give too much away, Detective Levi Sterling has his handful with trying to catch a serial killer.

A series of unexplained murders and a near-fatal accident propel a desperate woman down a dark and sinister road.

Twenty-four-year-old Amanda Holston dreams of getting a little excitement in her life. In the sleepy town of Skidway Lake that may be asking too much. One snowy morning, while walking through the woods, Amanda stumbles upon the mutilated remains of a young woman. Hours later, police uncover two more bodies. Just when things seem to be getting interesting, Amanda is in a near fatal accident, causing her sanity to come into question. She hears voices in her head and sees a dark man in her dreams. She blames the delusions on the accident. But the dark man is all too real. 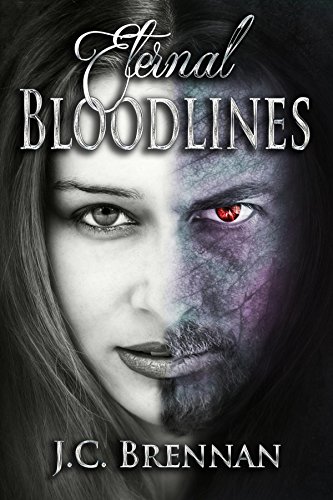 In Eternal Bloodlines by J.C. Brennan, Amanda Rain Holston is a young woman living a very boring life. Her parents have been dead for five years and lives completely alone. She works as a waitress and finds it hard to even get up in the morning because of her tedious existence. A point that is captured perfectly by the picture frames she has with stock images of people in them. The one thing she does that she actually enjoys is going on long walks. It is on one of these walks that she discovers a ghastly sight: a dead body in the snow. This discovery changes everything and Amanda’s life will never be the same.

The book is set in Skidway, Michigan. Amanda has spent her life in the town and expects to grow old and die there, probably from boredom. She longs to escape the confines of the small town. The only good thing she has there is her best friend, Jessica.

The paranormal plot of this book has promise. It starts as a standard tale of a fantasy come true but with some quirky additions that turn this piece into a unique supernatural thriller. It definitely gets interesting when Amanda meets Mihnea. They bond immediately and their love story is sweet. The story loses me a bit with the attempts at making the dialogue fit a different time. It does not always work, and sometimes seems stilted, but it’s saved by the intriguing relationship that develops between Amanda and Mihnea.

I really enjoyed this book, but I found that there were some editing mistakes, to the point where I was a bit distracted; having to go back and reread some sections to make sure I understood them correctly. The book did pick up toward the end. The story became so interesting that I was able to overlook the mistakes a bit more easily. In my opinion, all the book needs is a good editor and I’ll be begging for more. I wanted so badly to focus on the unique and suspenseful story, because under the typos is a fresh take on the vampire genre, one that puts its methodically developed characters into a deadly and captivating world.