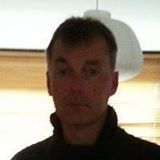 Julia’s Memories is a fictional futuristic memoir that recounts the life of an artist and activist going into her 55th birthday. What were some themes you wanted to capture in this novel?

First I want to thank you for reading the novel, it’s not an easy read. But to answer this first question: I can’t really remember right now anymore what themes I was thinking of when starting with the writing of this novel. I guess I wanted to explore Julia’s live as the daughter of Henk, the protagonist of The Game Changer, and I wanted the atmosphere to be different then this book about the harbor of Rotterdam. I think I remember just now that I had something like the writing of Proust, Nadas and Faulkner in mind. In this sense though the novel is finished for me and the notes I wrote have been burned.

Julia is an artist and activist and it seems that shes has done many interesting things in her life. Did you put anything from your own life into this book?

No, not that I recall. But probably there is some of this influence in between the lines, although the main character is a woman. Probably it’s more present in Daan his letter after her asking how he sees events of the past.

Now that part 1 and 2 are being proof-edited by Cate Baum, I am working on Part 3 of the Amor Mundi series. I have no idea when it will be finished yet. Thanks for having this interview. 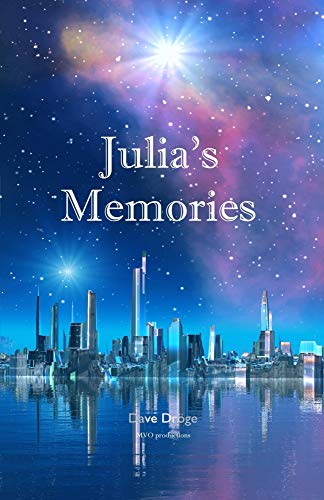 Julia’s memories (part 1 of the Amor Mundi series) is a biography and coming of age novel, written from the future.

Julia, a passionate artist and activist, writes her memoires. She does so within the year 2050. This gives us an idea how the Transition has been shaped, how the social revolution is partly achieved through her artworks, after her father fled the Netherlands in 2014.

June 2050. Julia, a renowned artist, celebrates her 55th birthday. Encouraged by the mayor of Rotterdam she decides to write her memoirs. She wants unravel her past, to understand it better, and hopes that youth will be able to learn something from this candid quest in her hard-won life. Being the daughter of a born entrepreneur and businessman and partly raised by the high society family from her mothers site, being confronted with tragedy in her youth, she describes how she struggles to get a grip and slowly manages to form her own, powerful, identity. Fortunately, she gets help from her imaginary friends, from a local artist and from the Romenian secretary of her father. Meanwhile however, during her writing, fragments of another reality, fragments that increase in quantity and intensity, distract her and influence her memoirs. 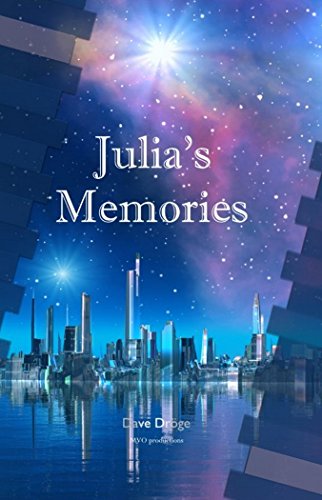 A futuristic look at one woman’s life is what readers will find in Julia’s Memories by Dave Drӧge. The book is told from Julia’s point of view as she dictates her life to her PR robot. It’s an intense read that follows our protagonist as she navigates her life in this new world. However, her story takes place in 2050, which is not far off from where we are today. Readers in their twenties and thirties will find themselves identifying with Julia as she describes what is a not-so-distant future, but one we may not be comfortable with just yet.  While there are no flashy light saber battles in this unique science fiction story, this is a story of a woman’s experience with her life which transcends time.

The first thing to keep in mind about this book is that it is an English translation. That being said, it becomes easier to ignore the spelling or grammatical issues that crop up from time to time. They are not so great that they detract from the content of the story, but they are there nonetheless. There is a lot of content in this dense book. Not only is the word count dense, the content is dense. This book is a sort of existential look at a person’s life. With that comes philosophical thinking and a viewpoint that  is unique.

If philosophical thoughts and conversations about what makes up humanity are your thing, then this book is definitely something that you will enjoy. Drӧge certainly dives right into the existential theme that he has built this novel upon. Seeing this world through Julia’s memories gives readers the ability to distance themselves from it and see things in a different way. While there are things that have occurred quite differently from our current timeline, there is no doubt that reading a book that takes place in 2050 is daunting to those who will live to see it. Less than 50 years away yet with the technological advancement one comes to expect from future-exploration books.

While there are a few drawbacks to this book, I found it to be an interesting read, if you can get past the seemingly insurmountable walls of text that will greet you on every page. This book offers a fascinating exploration into the human condition, it picks it a part piece by piece and examines each one.

Readers will find an interesting life-story in Julia’s Memories by Dave Drӧge as the book explores the memoirs of the title character. While this book has been translated, it is linear and easy to follow. That doesn’t make it any less of an impressive declaration of the human condition in a not too distant futuristic world. This book is definitely the novel to pick up if you want to philosophically muse about what it means to be human.