Contrarian is the action-packed second novel in the “Lars the Hitman” series by Lucas Sterling. Lars Christopherson is a former Department of Homeland Security agent turned high-priced assassin. He uses his specific set of skills to take out undesirables like drug dealers and corrupt law enforcement officers while also donating large sums of money to an animal shelter.

The main focus of Contrarian is Lars’ dealings with Srepska, an eastern European terrorist organization plotting a massive eco-terrorism attack on the US. There’s lots of spying and subterfuge as Lars joins German agent Frederic Ulrich in unwinding a nefarious plot designed to destabilize the American economy.

Contrarian is an overly macho, entertaining tale. It is reminiscent of the action movies and spy thrillers of the 80s and 90s. The physical descriptions of most of the main characters read like stat lines for action heroes: 6’4″, athletic, and packed with deadly fighting skills! The characters’ internal monologues are aptly ridiculous as they think to themselves, “These guys are no match for my judo.” It’s filled with cliches and tropes of the genre, which is not necessarily a bad thing. More so, they make the tale comfortably familiar in a nostalgic sort of way.

Lucas Sterling does an excellent job of weaving the story together, but at times I feel like Sterling’s prose is a little overwritten, being a bit too descriptive of details and actions that could be left in the reader’s mind. As a result, the novel starts a little slow, but the pacing takes off once the players are appropriately introduced and in place.

Contrarian is a swift and enjoyable conspiracy thriller that I feel anyone who likes action novels would enjoy. Readers of crime thrillers and suspense will find this book does not let you down when looking for that nostalgic feeling of undercover detectives. 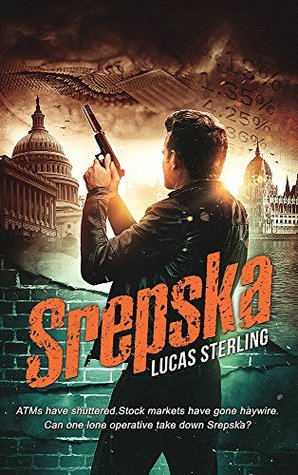