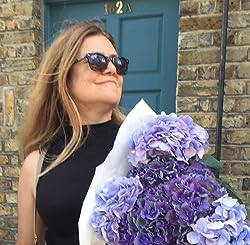 Stella Ryman and the Fairmount Manor Mysteries, by Mel Anastasiou, is a series of dramatic detective mysteries. The novel contains four different detective stories, each of which are interconnected yet independent. In addition to the stories, the opening of the book contains an interesting philosophical and logical argument. It also gives a hint to some of the content of the book. Anastasiou does an excellent job of providing depth to not only the characters and their actions and motivations, but also in the general style of her writing.

The novel practically seems to drip with British style. So much so, that without careful reading and generous knowledge of Canadian and American culture and institutions, most readers will probably assume that it is set somewhere in Britain instead of actually being set in Vancouver, British Columbia.

Having read her, Stella Ryman engenders the same feelings as most Dorothy Sayers detective stories. However, there are some subtle differences between the style of Stella Ryman and the British detective novels of the 19th and early 20th century. Those old stories tended to deal with a static, aristocratic society, police forces that were not corrupt, but were certainly not in any position to solve the case, and a lack of emotion among the affected cast of characters. Stella Ryman is similar and brings in other classic mystery themes: a senior care home provides a rather static environment (even though the residents may invariably change from time to time), the managers of the care home are bumbling but not corrupt, there are no supernatural causes in the story, there is a secret passageway, and Stella has a tendency to honestly declare her thoughts, intuitions, and deductions.

There are also significant tie-ins to American pulp detective novels as well, primarily in the commonality of the characters (there are almost no aristocrats and most people are average and middle-class) and the feeling of inevitability—that truth will out and that justice will be done. Overall, Stella Ryman seems to fit roughly a quarter of the way between British and American writing styles—perfect for Canada.

Stella Ryman, as a character, is quintessentially heroic — in the classic sense. At points throughout the book, it appears that Anastasiou is reading Campbell’s The Hero with a Thousand Faces as she is writing her own book. In the beginning, Stella refuses the call to adventure (being a detective), is completely content with her own mortality, and is merely waiting to die. Eventually, she realizes that there is a third option—something besides life and death. As a side note, herein lies a common theme within the novel, the breaking of logical fallacies—ad hominem, false dichotomies, circular arguments, causal fallacies, and hasty generalizations being the most common. Stella, after making her third choice, is confronted with supernatural assistance (Mad Cassandra, whom is herself rife with mythological allusions). Stella runs across a few other mentors along the way, makes a deep, personal transformation, and returns with a gift for her fellow residents: the ability to make life worth living again.

Overall, this book is an excellent read, full of colorful characters. Stella Ryman and the Fairmount Manor Mysteries, is appropriate for teenage and adult readers. Although younger demographics may have difficulty with some of the allusions and references that are peppered throughout the book. Younger readers may also have difficulty relating to an octogenarian, but Stella’s tenacity is something certainly worth emulating. There is no obvious sexual content (there are hints, however) or illicit drug use, there is some personal violence, and a lot of discussion of heavy, emotional and existential topics.