Seven Beyond follows Dr. Meenins as he goes on an adventure spurred by wild dreams and helped along by unlikely friends. What was the inspiration for the setup to this thrilling novel?

I was first attracted to the idea of writing about people with long life and how a century can be devoted to a specific study of music or warfare without loss. Also a woman can enter business without feeling the pressure to give birth to all her children within a single decade. As my father aged, I wondered how very old people cope with loss of friends, loss of a homeland, or a faulty memory without companions to reinforce the old heroic tales. The storyline grew from there.

Dr. Meenins is a well developed character that I enjoyed reading about. What were some obstacles that you felt were important to his character’s development?

Dr. Meenins is troubled by dreams that are his memory turning. The character has lived for 800 years and traveled to other worlds. He started a blood feud by killing another Longist, his great friend Frum from the Soldier caste. The relatives of Frum cannot with honor allow Chris Meenins, who they know as Clem from the House of Past Promise, to live. He must side-step assassins in each situation on each planet that he visits.

When our story opens, Dr. Meenins is channeled and believes that he’s an aging temporal earthling. He enters resurgence where he accepts that his knowledge is greater than he could attain over a temporal’s lifetime – human anatomy, advanced weapons, the relative positions of the stars. As a Longist, he must face his past guilty acts that perpetuated the blood feud. Only in full memory can he lead the colony to the new homeland.

This is an intriguing setup to a novel that is high in social commentary. What was your moral goal when writing this novel and do you feel you’ve achieved it?

The Longists maintain group identity with social castes and old stories and ancient books of wisdom. To match those, I used Christian beliefs and stories from the Bible as the source of strength for Lady Drasher and other traveling companions.

The traveling group starts in old Russia, travels through the Caucuses, and across the Mediterranean to the northern coast of Africa, before they visit England and fly to NYC. They are piercing time from the 18th into the 20th century. They also test many philosophical theories that groups used to justify political movements.

The Backside of Beyond is a companion book to Seven Beyond that opens a generation later with a few characters the reader will recognize. Dr. Meenins’ daughter lives as Yolanda Santiago in fragmented America and volunteers for a brain implant experiment that is a corporate and military partnership. She gains core programming, making her independent and lethal, and goes rogue with a traveling group who are on the provinces’ most-wanted list. Her Longist friends who integrate with society in the USA have spiritual questions and join a tent revival movement to heal America and bring down the bisecting fence.

The Backside of Beyond is in beta now and may be released in 2019. 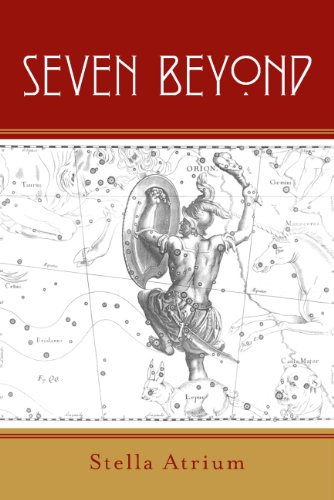 Dr. Meenins has recurring dreams that are his memory turning. He resists facing his guilty acts from eight centuries ago. Linda Deemer of his race of Longists is sent to help him step through painful memories of lost companions.

Travel companions help Dr. Meenins confront his dreams while haunted by wispy memories of faraway places and alien races. The reader is treated to his past adventures on other worlds where Christopher Meenins escapes assassins of a blood feud and gathers followers to find the new homeworld.

A quest novel that, in broader terms, is a cautionary tale with many tongue-in-cheek references to true human nature and injustices of contemporary society. Similar to Cloud Atlas or Sense 8.

Turning Blue: A Life Beneath the Shield 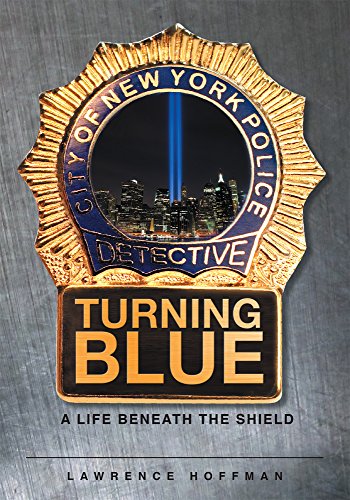 Turning Blue: A Life Beneath the Shield is like reading Lawrence Hoffman’s diary. This is a not a fiction novel, it is all real life told from Hoffman’s voice. The book starts out when Lawrence is just a boy and his fascination with uniforms. We walk though his college and young adult life as he takes different jobs and finds his way eventually ending up taking the police officer exam for the NYPD. From here the book is a series of stories, like sitting and listening to a relative recount their life. As a reader you get to hear his emotions, see what he sees, and experience life on the New York city streets from the eyes of the police from the moment he takes his exam, to his retirement over 20 years later.

One of the first things that grabbed me in this book was the details of New York, Lawrence describing growing up on Long Island (LI) and the city boroughs and bodegas it was almost nostalgic. I could imagine his life growing up on LI with his friends and their experiences with school and sports and even the crazy neighbor that he ends up respecting and admiring as he grows older. I felt like I was in the city the way Lawrence described the locations and the people he encountered, it made me want to keep reading. Aside from the great detail of NYC, the book is just engaging. The chapters are all individual memories and stories and each one is entertaining. You follow his career and you feel like you are right there with him as his partner. Some moments are horrifying, others are deeply emotional and touching. This account isn’t political, it isn’t written to sway readers to love or hate the police, it is just an account of his life. It is told on such a realistic level, he explains all the police codes and jargon as he goes along so you don’t need to Google search to constantly look up what each code calls for. It is written for the novice level reader when it comes to police terminology. A lot of this is explained though his stories as it was explained to him by his peers. It adds to the authenticity for me, Lawrence isn’t trying to impress anyone with his technical terms or fancy language, it is all just plain and simple to understand so you can focus on the experiences.

Reading Turning Blue: A Life Beneath the Shield is like watching the life of Lawrence Hoffman play out in front of you. You can’t help but become attached and be transported to those streets of New York. Even the scary moment and horrifying experiences you are right there with him and you don’t want to stop reading, you have to keep going to see how things turn out. It is not a book of happy stories, it is not all horror and gore, it is real. Life is full of good and bad, and Lawrence shows it all, he doesn’t hold back on corruption or the really good people that care deeper than you can imagine. This book drew me in and kept my interest all the way though, it is a worthy read and one you won’t regret picking up.