A Dark Underbelly of Deception 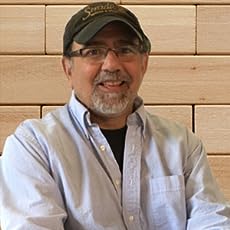 Time Framed follows two family members battling across generations to avoid the consequences of a family curse. What was the inspiration for the setup to this intriguing novel?

In 2002 I published the novel Mean Spirits which introduced the Pennfield family curse. The story follows the curse from the Mayflower through several generations and then ends with the downfall of Prof. Christopher Pennfield, once a highly respected professor of Philosophy, but now shamed for causing the suicide of his research assistant, a student with whom he was having an affair (and was the contemporary agent of the curse). The Epilogue of the book, takes place in 2052 when another descendant of the Pennfield family, Jimmy Mashimoto-Pennfield, an industrialist-genius, is contemplating how he, himself, can avoid the curse. He figures that if he can change the past a bit, he can throw off the timing of the curse so that he avoids it in the 2050s. So, in effect, Time Framed begins where Mean Spirits left off (but don’t worry, you don’t have to read Mean Spirits before Time Framed; the back story is thoroughly covered!)

Your characters are compelling and well developed. What were some themes you wanted to capture while creating them?

Certainly, one of the main themes is about greed and privilege. On the surface, The Pennfields are a well-respected American family; however, their accomplishments have a dark underbelly of deception, cheating and cruelty. Some of the characters in the book, specifically Christopher, Jimmy Mashimoto-Pennfield and Izan Bonne-Saari, a world renowned financier who uses his control of world financial markets to reshape the world’s governmental order into a caste system heavily favoring the wealthy elite, represent humankind’s proclivity to ego-centrism and narcissism. In fact, Jimmy Mashimoto-Pennfield creates a holographic clone of himself, aptly named Narc, so he can have someone of equal intelligence to converse with. Despite these characters self-centered and greedy natures, Christopher Pennfield realizes he has done wrong is looking to redeem himself which, I think makes him an interesting character. Some of the other characters in the book, Shippy Pennfield, Ed Swann (ghost hunter), Julian Weisman (theoretical physicist) and Dr. Brenda Altieri (nun turned psychiatrist), Derek Fane and Robyn Viega represent the better aspects of humanity.

I thought you handled the use of time travel deftly in this book. Time travel usually comes with its own paradoxes. How did you avoid these in your book?

Yes, indeed, any story about time travel has to deal with what’s called the “grandfather paradox” — suppose you went back in time and killed your grandfather; then you would never exist in the future to be able to go back in time to commit that very act. The only resolution to that paradox is for the universe to split into two parallel universes, one where you exist in the present and the other where you do not. So, in effect, Time Framed becomes the story of two separate universes, one where a certain event happened and one where it didn’t and then how they finally resolve into one universe again. Interestingly, there is no physical time travel in Time Framed. It all centers around the Pennfields using their pre-existing psychic sensitivities to communicate psychically across time and influence the other time period, convincing someone in the past or future to perform an act which appears trivial to them in their time frame but one which causes a major disruption of history.

It’s not nearly as daunting as writing a book about two parallel universes across space and time, but currently my daughter and I are working on a screenplay that explores the relationship between fame and true talent. 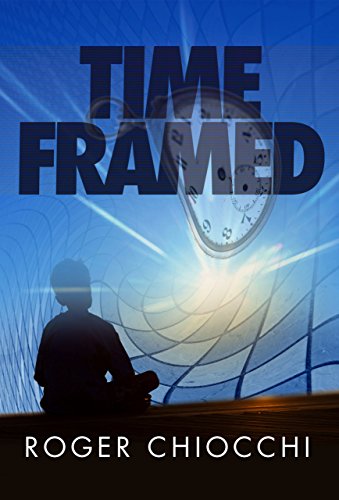 Two periods of time clash with an alternative universe in Time Framed, a story that pits family members against each other across generations as they attempt to evade the dire consequences of a menacing family curse. Dating back to the Mayflower, the curse had its origin as family patriarch, Charles Pennfield, threatened a poor servant girl, causing her to leap to her death off the Cape Cod coast. Now, her unsettled spirit ebbs and flows, surfacing every sixty to eighty years to exact justice as she inhabits a living agent and forces them to crush the greatest ambitions of whatever unlucky Pennfield crosses her path.

Back in the 1600s, Charles Penfield drove a girl to her death. Since then, her soul roams the world seeking revenge through generations of the same family. She strikes every few decades to cause havoc. This had come to be known as the Pennfield curse.

Decades later in 2053, Jimmy Mashimnoto-Pennfield is well aware of the family curse and is looking for ways to get rid of it. He finds a solution in time travel, something that will not exactly get rid of the curse but will divert it from him. An alternate universe is created and Professor Pennfield catches wind of this. Jimmy’s intentions could make for a direr situation for Shippy so he has to be stopped. Now the Professor remains to fight Jimmy through the time-space continuum.

The characterization in this book is exceptional and sets up some remarkably vivid characters. Each character is bespoke and continues to develop as the story progresses adding layers that make the characters interesting and engaging. Understanding the characters is easy, being that this is a complex time travel sci-fi book, I appreciated this. Jimmy is quite obviously the villain, with his selfish motivations, his character is easy to dislike but still empathize with.

This book is long and complex, but it needs to be in order to dive completely into all the ramifications of meddling with the past. There is a lot going on in this book, time travel, curses, and multiple storylines. At times I got lost, but the author masterfully brings the story together in satisfying ways that kept me engaged. The moment of realization when events in the story comes together and makes sense, for me, was satisfying.

The way the professor and Jimmy try to outwit each other with intelligent and well thought out moves is an engaging experience. They’re each smart and cunning in their own ways and I was entranced watching them clash. This is the same feeling I get when I read Dan Brown’s Robert Langdon series; intelligence used as a blade to attack and parry.

Time Framed is a suspenseful book with an absorbing story, an interesting villain, and a relatable underdog. Some parts of the book were hard to follow, but when you catch on, this book is simply addictive.