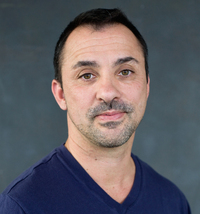 Paralian follows your tumultuous journey to find your authentic self and happiness through many adversities. What was the moment in your life that you knew you had to write this book?

It was more a process instead of a precise moment. Throughout my childhood and teens I knew one day I’ll have to write a book about my life. So much went wrong, and I kept thinking, “In order for this to make any sense and lead to something positive I’ll have to share it one day with the world.”

What was the biggest challenge you faced in finding a home inside your own body?

The biggest challenge was re-discovering who I was. As a child I knew instinctively. Then puberty hit and I got overwhelmed by societal constructs… people telling me who I am… so for a while there all I knew was something was way off… but I couldn’t quite define it.

Then, thankfully, at age 20, I stumbled over a book with short stories about trans people. Finally, there was the mirror reflecting me back to myself. The final information I needed for all puzzle pieces to fall into place. It was instant recognition. But until getting to this moment I was in a state of constant confusion and desperation.

Regret: I miss my grandma and regret to this day that my final gender reassignment surgeries happened during a period in her life when she became increasingly senile. Grandma ended up thinking her granddaughter never visited her anymore. She didn’t recognize the young man who came to visit her so regularly and would always love her with all his heart.

Happy about: I am so glad I ventured out into the world and lived in as many places and cultures as I did. The best way to compassion, understanding, and open-mindedness is to travel the world as widely as possible. I’ll keep being a nomad all my life. It’s the most fulfilling form of existence I can think of.

You’ve traveled and lived in many different places. What has been your favorite place to visit?

There is no such thing. Every place I lived in or traveled to found its place in my heart. In each place there were countless good and bad experiences. In each place I met amazing, inspirational individuals.

Are you working on publishing another book? If so, when will it be available?

Yes, I am. I have dozens of other book ideas. I’ve just started with my next one. With all editing and time to be set aside for my day job it’ll probably be a good 2 years before my next book is being launched. I promise it’ll be worth the wait though 🙂

Definition: Paralian – Ancient Greek meaning ‘one who lives by the sea’. Paralian is a memoir narrated through the author’s relationship to water. We follow Liam Klenk’s tumultuous journey to find his authentic self and happiness against more than a lifetime’s worth of adversities. At five months old, Liam was adopted from an orphanage and ushered into a unique journey, which introduced him to the characters that would become both the currents that moved him and the rocks that supported him. Liam, who lives in Zurich with his wife, says: “At three years old I began catching odd glances because I was born in a girl’s body yet began to introduce myself to people as a boy.” Paralian tells the remarkable story of an honest, and at times, challenging life, and offers insight and wisdom from a fluid position – from experience. Liam reveals how exploring the world helped him find a home inside his own body and spirit. Through this ultimately heartwarming and inspiring story, readers learn how Liam never gave up, faced his fears, and always managed to find positivity in each trauma. Written with an engaging sense of humour, this memoir of transcendence and finding oneself will appeal to those who enjoy true stories of courage, resilience, and dedication in the face of adversity. Paralian celebrates life with infectious strength and positivity. Follow Liam’s journey from a small river in Germany to the biggest performance pool in the world, from Switzerland to the US, the Maldives to Macau.

A Monster of My Own 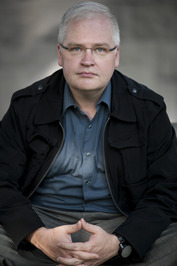 Tarbabies follows Josh as he lives through the invasion of Earth by the “tarbabies”, monsters made of a soft gooey substance. What was your inspiration for the tarbabies slow, but relentless movement and appearance?

I’ve been a devotee of zombie stories since I first saw Dawn of the Dead back in 1978, and have long toyed with the notion of writing my own contribution to the genre. But as I began to flesh out a plot, I came to realize that the story I wanted to tell wasn’t going to fit within the confines of the category. The core premise of Tarbabies is best summarized by the first line of the back cover blurb: “That Thing on the porch won’t go away.” Zombies work best in hordes. They’re terrifying when you’re surrounded by them, but a lone shambling corpse is easily dispatched or avoided, making it as much a thing to be pitied as feared. What I wanted was a threat that was just as dangerous on its own as in a mob, and that couldn’t be dismissed by something as simple as a bullet to the brain. The longer I thought about it, the more I realized I needed to make a monster of my own. One of my favorite conventions of zombie fiction is the fact that there are no second chances. The moment you’re bit, you’re done for. I decided to take that a step further. With the Tarbabies, a single touch is enough to seal your fate. For that, I can credit the Blob as a primary inspiration. Once I got the idea to merge the Blob with zombies, I was off and running. The Tarbabies, on the other hand, slowed down. Once the creatures took their final form as animated bags of muck, their plodding, sluggish nature followed inevitably.

Josh and his wife were my favorite characters. Was it difficult writing such an in depth relationship? Were you able to achieve everything you wanted with these characters?

What I wanted most from my protagonists was for them to be ordinary. Tarbabies is a story about what happens when the monsters come to your front door. I wanted my heroes to be people of modest ambitions and corresponding resources. They would not be battling their demons with an arsenal of weapons or years of Special Forces training. They would be limited to the same skills and means that a typical reader might possess. But there still had to be a reason why Josh and Libby can survive while their neighbors succumb to the monsters. I wanted this to be their ability to rely upon each other. There is nothing extraordinary about Josh and Libby’s relationship, but they are devoted to one another, and they know each other well. In a world where every mistake can be your last, this trust and familiarity allows our heroes to share the burden of survival, and gives each of them their opportunities to shine. Though this first book is a complete story, one of these two characters undergoes a significant, substantive change in the course of the novel. The full ramifications of this change are explored further in the third book in the series, and without giving much away, I can say that it represents the greatest test of Josh and Libby’s devotion to each other.

The tarbabies are slow moving, but the tension was expertly crafted in the novel. What was your approach to writing the interactions between people and the tarbabies?

I tried to strike a balance between the Tarbabies being equally repulsive and alluring. They may be shambling bags of ooze, but they are also Something New, and human beings have always been fascinated by novelty. This is why, when the very first monster arrives in Otterkill, Josh discovers one of the neighborhood children literally poking it with a stick. But it’s not just the novelty of the situation that captivates the residents of Otterkill. There is also the knowledge that these creatures used to be us. Every monster wandering Ichabod Lane used to be a neighbor, or a family member. This can only amplify the urge to understand what is happening to them, as it is ultimately what might happen to each of us. There is one final, more insidious reason for the Tarbabies’ appeal, and it’s one that actually occurred to me when I was watching the Twilight movies. In that series, vampires are immortal, super-powered, rich, beautiful, walk about freely in the daylight, and can survive without drinking human blood. In a world where there’s no downside to being a vampire, I thought, why wouldn’t everyone want to be one? It’s not an idea that translates naturally to oozing, amorphous abominations, but the more I played with it, the more I liked the idea of people lining up for their chance to become monsters.

This is book one of the Tarbabies series. Where does the story go through the next two book in the series and where do you see it going in the future?

The good news is, if you enjoy Book 1, you don’t have to wait for more. Books 2 and 3 in the series are available now. Tarbabies Book 2: The Siege at Friendly Haven follows the residents of the Friendly Haven Assisted Living Facility, whom we first met in Book 1. As the last remaining invalids and geriatrics struggle to keep a horde of monsters from oozing into their home, they come to realize that no one in the outside world will be riding to their rescue. Instead, their last hope of escape may come in the form of a 300 pound octogenarian and her beloved personal mobility scooter. In Book 3, we meet up with Josh and Libby once again. In Tarbabies Book 3: The Honey Pot of Defiance, the plague has spread over most of the North American continent. We follow our heroes as they push westward in an attempt to reach the safe haven that is rumored to lie beyond the Rocky Mountains. In the desolate oil fields of northwestern Ohio, they discover the origins of the tarbabies, and witness the next stage in their evolution. Beyond these two books, I have ideas for two more installments in the series. These will further the developments revealed in Book 3, and follow the spread of the tarbaby plague as it becomes a global threat. 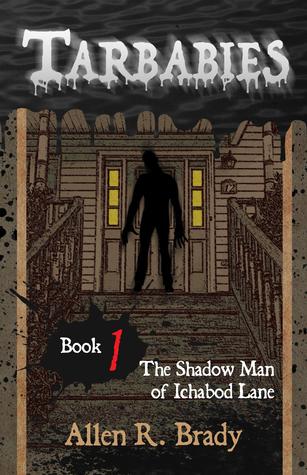 That thing on the porch won’t go away. I called the police, but I don’t think they’re coming. They’ve got their hands full with the Manhattan quarantine, so they can’t waste their time on a nothing little town like Otterkill. That means it’s up to me and the neighbors, and there are fewer of us every day. Fewer of us, and more of them. Every person we lose is one more monster to deal with. The Spiller family, the folks from the Retirement Center, even the Mathises’ Rottweiler are now stalking the streets, waiting for someone to get too close. A single touch is all it takes. I don’t know which of my neighbors became the thing on the porch, and I suppose it doesn’t matter. I’ve got to get out of here, but the Tarbabies are already showing up in Albany, and Philadelphia, and Pittsburgh. There’s nowhere left to run, and there’s no point in hiding. Not when the shadows themselves are after you.