Romanticized The Hell Out Of It 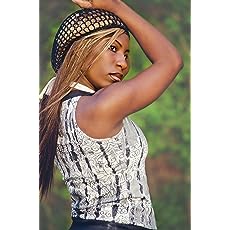 Book of Matthew Part I is a tale of forbidden love in rural Missouri in 1850 which was a tumultuous time in the U.S. What was the inspiration that inspired the setup to this intriguing novel?

It all began with a conversation. I had just started dating the man who is now my husband and we were still getting to know one another. He asked if I would vote in the upcoming election and I replied, “of course I will. My ancestors fought and died to give me the right to. Without their sacrifices I wouldn’t be able to vote, own property, read, let alone attend my university. I wouldn’t even be able to date you.” After that conversation I started to wonder how difficult it would have been to have an interracial relationship centuries ago and my first book was born.

I have always been a lover of suspense, mystery and horror so I decided to write in these genres. My goal was to create a Jack the Ripper sort of villain, while maintaining the drama, romance and personal conflicts that make characters relatable and memorable.

While growing up I noticed a double standard in regard to history. If you were white and you wanted to trace your lineage back to the Mayflower this was perfectly acceptable. People were intrigued to hear your family’s history and they encouraged and praised your vast knowledge of a bygone era… but if you were black you were often discouraged from learning anything about your ancestry. I was told things like, “Black people need to leave the plantation,” and “Black people live in the past and need to just forget things.” Yearning to educate myself about the past is not the same as living in it. I didn’t desire someone to blame or scapegoat, all I wanted was the same answers that other races of children were encouraged to seek out.

When I received correspondence from readers in England, France, Ireland and several countries in Africa they applauded my stories and said, “Wow! This was a fascinating look at American history.” Not Black history, nor African American history. Other countries acknowledge this topic as American history because that’s exactly what it is. When I am criticized for this subject matter my response remains the same,

I don’t write racist literature. Nor do I write black history. I write American history.

The book touches on sensitive social topics rarely discussed, slavery and the dynamic between master and slave. What were some themes you wanted to capture in this story?

The main theme I wanted to capture was that every form of this institution was morally reprehensible. When I grew up in school most of my teachers refused to teach this subject whatsoever. We would skip over huge chunks of our textbooks just to avoid it. The few who did teach about it romanticized the hell out of it, and made it seem acceptable because “most slaves were like part of the family” …I actually heard this more than once. What I desired to express in this story was that even if you were a house slave who was treated better than others and much like part of the family, merely being owned endangered your life because someone has diminished your social standing from that of a human being to that of a piece of property. This fact alone placed even the best treated of slaves at risk for kidnapping, rape and murder with no law enforcement to save them.

Second, I wanted to make it known that when some of us are slaves, we all are. Destitute white men, minorities and women of all colors were treated as second class citizens because of that system of inequality.

Third, I wanted to acknowledge all the people who were adamantly opposed to slavery and fought against it at every turn. 400 years of Americans are blamed and villainized for what some people did. Though slavery was socially acceptable, not everyone agrees with 100% of what is socially acceptable. Disagreeing with social norms is what makes us individuals. Fighting against corrupt social norms is what makes us heroes. The people who stood against these heinous acts are rarely recognized, but without them our society would’ve failed to evolve.

Sarah is a slave that is targeted by a serial killer that murders with impunity. What were the driving ideals behind Sarah’s character development?

The driving force behind Sarah’s character development was the total lack thereof I have witnessed in similar stories. In many of the plantation novels I have read the slaves are faceless one-dimensional victims who serve as little more than background for white main characters. The female slave characters were poorly developed and served as little more than objects of lust incapable of inspiring true feelings of love and affection. Reading a plantation novel with no black main characters is like reading Memoirs of a Geisha with no geisha. These stories failed to capture my attention and I found the characters unrealistic and totally unrelatable. When I wrote a book I was determined to make sure there were black main characters as well as white ones, and that ALL of my characters have depth and unique personalities. I wanted Sarah’s character to have hopes, dreams, ambitions, drama and romantic conflicts of her own. I yearned to put a human face on a slave character, an aspect rarely seen in books of this nature. Though there have been many forbidden lust stories in this genre I wanted to give Sarah an against all odds forbidden love story readers wouldn’t soon forget.

Revelations: The Colburn Curse is a prequel to Book of Matthew that traces the Colburn family back to their beginnings in New Orleans, Louisiana. In this story Matt Colburn Sr. is a young plantation heir who has been given the duty of protecting an aristocrat named, Arial. He falls madly in love with the elusive heiress, but she is hiding a deadly secret that has made her the target of the Louisiana Strangler, a secret that endangers everyone she holds dear, especially Matt. This book is already available for purchase on amazon.com.

The Infinity series is based on the many star crossed lifetimes of Sarah and Matthew. I wrote this series for readers who enjoy historical suspense but prefer a tale with less violence and adult content. Three of the ten books are already available on amazon.com.

Book of Matthew II: Ancient Evil will be released December 2018. 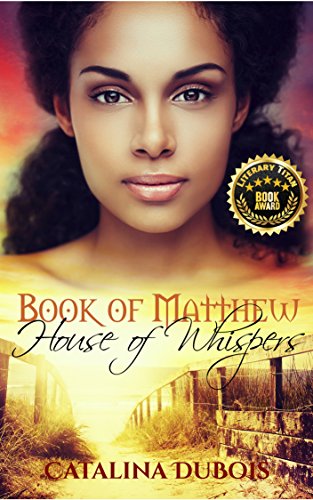 Women of color are not a priority of law enforcement in 1800’s Missouri. They are not even considered human. These social injustices allow a serial killer to run rampant. Sarah, a beautiful black slave, finds herself in the crosshairs of a monster who murders with impunity. The only one concerned with her plight is the master’s son. Will Matthew find the strength to rescue this slave girl, even if he lacks the courage to admit he’s in love with her…

It’s Jack the Ripper meets Roots in this pulse pounding historical thriller. House of Whispers packs the chills of a Stephen King book, the romance of a Nicholas Sparks novel and the in your face irony of an M. Night Shyamalan flic.