← The Rabbit Hole Experience: On Sasquatches, Spirits, and the People Who See Them
My Tattered Flag → 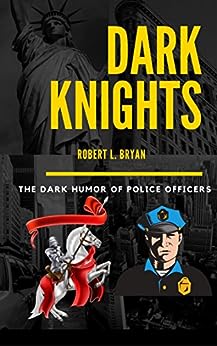 If you ever wanted an inside look into what it’s like to be a police officer in America, then Dark Nights by Robert L. Bryan is exactly what you’re looking for. This book is a collection of short stories that span Bryan’s career in the police and security forces. Twenty years is a long time to spend in such a dynamic field and Bryan shares his experiences with readers. Told in a fashion that makes it easy for those unfamiliar with police work to read, this book is a rare insight into the world of police officers. The way in which he writes shows that officers are human too, no matter what they face.

Reading a genre like crime can be intimidating: there is vocabulary to learn, culture to absorb and processes to understand. This can be a lot for someone who is reading in this genre for the first time. The reason why this book stands out is because it’s a prime example of non-fiction in the genre and it’s reader-friendly. There is no complicated vernacular that the layman would have a hard time understanding. The stories flow nicely and aren’t too jarring when we jump from location to location. The central character, the author himself, has a clearly defined role in each story that he tells. This might not seem like a big deal, but oftentimes autobiographical works, no matter how loose they are, can get away from the author. This is not the case in this collection. It is clear that Bryan’s paid attention to how he wanted to share his experiences with the rest of the world.

There is the right mix of macabre intrigue and humorousness in the stories that are shared. It goes a long way in showing that police officers are human beings like the rest of us. The fact that this is a non-fiction collection might tug at the heartstrings of readers because this means that the people we meet, the things that happen in these stories, all happened to real people. While we might understand that on a fundamental level, it’s another thing to read the accounts of such reality. It helps bridge the divide between a civilian and an officer. Showing the humanity, the slight ridiculousness and the sometimes inappropriate interactions makes the stories come alive and shows how real they are.

Police officers and everything they stand for seem so far removed from the regular civilian. Yes, we appreciate their presence and the work they do to keep our communities safe. But we generally don’t see them as ‘normal’ people like the rest of us. They are special, different, because they hold this position of power and trust. Robert L. Bryan takes his experience working in the force for twenty years and shares bits of it with his readers in Dark Nights. This collection of short stories told from his perspective is a clever way to break down those barriers between ‘us’ and ‘them’. He shows the humanity of officers and gives readers a taste of what they deal with every day. These short stories are fun to read and are worth picking up.

← The Rabbit Hole Experience: On Sasquatches, Spirits, and the People Who See Them
My Tattered Flag →