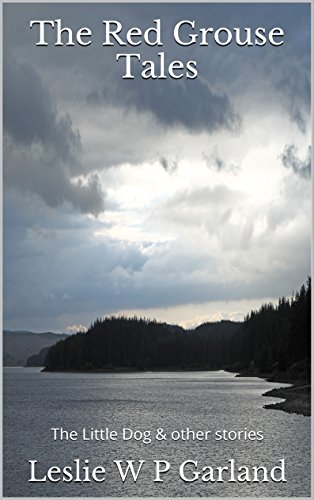 The Red Grouse Tales by Leslie W. P. Garland is a book comprised of four short stories. Each story starts off with a quote followed by someone telling that particular tale. Each story revolves around the theme of religion. However, the theme is not heavy or overtaking the tale. Each short story starts off slow complete with building suspense and a twist ending. Each story has its own unique lesson one can learn and think about, making them slightly philosophical. While each telling is different, the main theme is good and evil, which gives the reader a lot to ponder.

I enjoyed this collection of stories and would recommend them. One of my favorite parts of these short stories were the fable-like feeling. They each told a story with a surprising lesson attached to each. I also greatly enjoyed the way the stories were written. Each had a way of telling a story through another person, which made the reading interesting and fun for me. I think it was a nice, added detail that gave it a more authentic feeling of sitting around and hearing a tale as well as making it seem more like a fable.

This book consists of four short stories. The Little Dog is the first one, which I felt, was a great story to start off with. It hooked me in the book itself to see what the rest of them have to offer. I think this short story in particular really set up the rest of the book as it was suspenseful and thought-provoking. It contained one of the more interesting ideas I have come across in a book: What is evil? According to this tale, evil does not have a conscious. I had to pause and think about this for a bit afterward because it was such an interesting concept to propose.

The second was The Crow, which I also greatly enjoyed. The contrast between the teenager and the older man in the story was stark, and I liked to see those differences between the two of them. I think this one was my favorite out of the four as it showed you how unique perspectives can be.

I also found The Golden Tup to be particularly interesting. I think it was my second favorite out of the collection. It was told in a suspenseful and fun way. The White Hart was not of any particular interest to me, personally, when compared to the others, but it fits in with the other tales and tied them together nicely.

All together, I found this collection to be immensely entertaining.