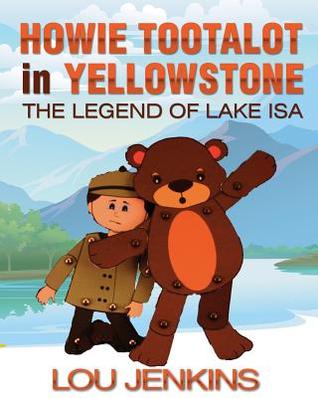 Howie Tootalot in Yellowstone: The Legend in Lake Isa by Lou Jenkins is a fun and engaging children’s book. The reader follows the tale of Howie and his grandmother as they journey to the land that would become Yellowstone National Park. In the park Howie befriends a bear cub named Seymour and adventures ensue.

Jenkins has crafted a creative children’s book. You can make the puppets of Howie and Seymour by downloading them online. This is a creative addition that adds another dimension to an already fun book. Being able to read this story to a child and then create those same characters makes this an activity book as well and extends the time children spend with this book. This along with the message of taking care of Yellowstone is a nice way to subtly provide a conservation starter for children.

There are plenty of artistic and imaginative bits of art in this book that I greatly appreciated even in ebook format. I really enjoyed the pictures, especially those of the various animals that can be found in Yellowstone.

The language that Jenkin’s uses is perfect for a young child’s capabilities. The names are funny and should keep children’s attention. I would be shocked to hear that a child could read through this story without laughing once. With names like “Ma Fanny” for the grandmother or “Seymour Heinie” for the bear cub, I can only smile at the thought of children who would laugh in good natured fun. Jenkin’s is able to capture a child’s innocent humor in this book.

The book’s plot is set up like a tale told by Francis Tootalot about his ancestor Howie. The story itself showcases a lot of animals and different places that are famous in Yellowstone; like the geysers and forests. To children, this kind of meandering plot may not bother them, because Jenkins’ does a great job filling these instances with pretty pictures. In some ways it reminds me of a children’s show on television, which may be where Jenkins’ pulled inspiration from.

The best takeaway from Howie Tootalot in Yellowstone is not only the ecological message that Lou Jenkins’ provides, but the fact that the Tootalot family are part of an ongoing series. There is a lot to enjoy here and I believe any parent can appreciate the message behind the fun. 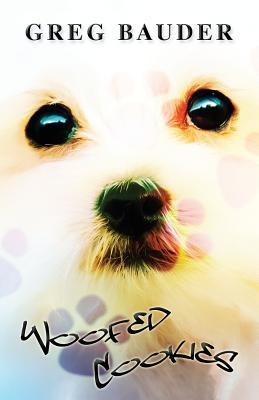 Woofed Cookies by Greg Bauder is an entertaining, but short read. The story follows Peter Moon and his dog named Cookies as they go through a whole breath of conflicts and tribulations. His best friend, Tiger Moss, pressures him into smoking, a strange man keeps appearing menacingly, and Tiger’s little sister is enamored with him. Peter confronts all of these with Cookies by his side who is gifted with a neat little trick; throwing up everywhere at any time.

The book begins with Peter being down on himself for not having a puppy and being alone most of the time, since his mother is a nurse. This situation is rectified, and the book truly begins, when he receives Cookies on his birthday. Bauder does a great job of recalling what it was like to be a preteen and getting into trouble with your best friend. The joy of having a puppy is felt here, even if I question the mother’s recommendation of “flushing the dog poop down the toilet”? I mean, what happened to the garbage can? The rest of the book precedes with what you would normally expect. The story did take some turns that I was not expecting and the point of view with Peter is arm’s length, so you are never really sure what he is going to do as the reader.

I do think that the book reads a little “simple” for the audience I believe Bauder is aiming for, but I can forgive that for the fact he has an entertaining story. To take the everyday, messy occurrence of a dog throwing up and make that the title, is rather ingenious. It also steals the show away from Peter, because I found myself reading the pages looking to see what Cookies was going to do next. The lack of agency on Peter’s part was a little of a let down, especially as a children’s book, but I believe that the escapades of Cookies makes up for it.

The actual pacing of the book is a little choppy and does include two scenes that almost entirely mirror one another, which is kind of strange for a children’s book. I would love it if Bauder could make Woofed Cookies into a series of books of Peter and Cookies and I would not mind at all. There is something timeless about a “boy and his dog” and as a reader I could not get tired of that. This story is a classic paradigm with a new spin and I want to see what else Bauder has up his sleeve.

All in all, I believe that Woofed Cookies is an excellent book to give to your child for an afternoon of adventure.