Forgotten by the Sun 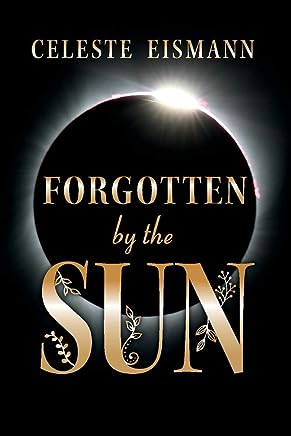 Amika is a senior in high school, looking forward to graduating and being done with high school. She is the run of the mill kid, not in with the cool kids, not the kid that gets picked on. Everything is status quo, till the Welkins family arrive. Soon Amika, and her friends Nikki and Andrew, become friends with Rhayne, Quade, Damien and Trinity, as well as their “aunt” Suzanne. But Amika finds out that the family is not as it seems, they’re actually vampires. Dating and falling in love with Rhayne introduces Amika to the fact there are multiple worlds that coexist on different planes. From these worlds different creatures like demons can enter the human world and cause trouble. How can Amika and Rhayne develop a relationship being so different? Can Amika understand the unique situation that Rhayne and his family are in?

When I started reading this novel, my first thought was oh, another vampire book. Oh, look this family shows up out of nowhere and they are amazingly attractive. However, after this introduction to the Wilkins family, the similarities to other teen romance vampire novels ends. I was pleasantly surprised to find unique character makeups, a completely different plot structure than I usually see with teen romance or vampire stories. Celeste Eismann has developed a world where vampires and other paranormal figures exists but the twists, she puts into it with Forgotten by the Sun makes her novel unique. This is also the first in a series, so I’m interested to see where the next book takes readers.

The is a relationship between Nikki, Andrew, and Amika is similar to what you would find in close knit friends. Nikki and Andrew are always at each other and Amika is the peacemaker. This sets up the story for how Amika ends up interacting with characters later in the novel. Amika wants to help, she wants to fix things. It is in her nature to go out and ignore her own well-being. Amika is a very complex character and the foreshadowing in the novel indicates she is going to do important things in later books.

Rhayne and his family are interesting, and we get some of their back stories of how they became vampires and where they’re from. They also have their own quarks, especially Quade. I suspect some of the internal conflicts that are eluded to will take center stage in later novels. Overall this novel felt like an introduction to a bigger series that is yet to come. You meet all the key players and get some background, but the novel ends just as the real excitement begins.

Forgotten by the Sun – Trailer

Amika Fernandez’s life is nothing out of the ordinary…until she meets Rhayne Welkins. Soon captivated by his very presence, Amika finds herself wrapped up in this mysterious intruder into her world—and the secrets he’s brought with him.

In a world where nothing is as it seems, and stories once believed to be mere myth are anything but, an ordinary teenage girl must decide between the life she knows, and the life she might have—if she can handle the truth about the world in which she lives.