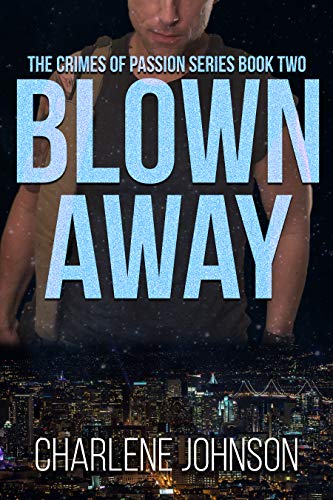 Blown Away (The Crimes of Passion Series Book 2) by Charlene Johnson is a romantic suspense thriller about Zackary Daniels, a homicide detective in the Las Vegas Metropolitan Police who also works as a security consultant at a hotel owned by his friend, where his past suddenly collides with his present. When a murder occurs at the Majestic Peacock Hotel and Casino, Zack must set aside his personal search for revenge in order to focus on his current case–discovering the identity of the killer and protecting the beautiful witness, Sonnet Banks. But Sonnet is not what she appears, and she’s not ready to reveal the secrets from her past. Can Zack gain her trust and stop the hit-man before he kills again?

I enjoyed thoroughly reading this book, but I had trouble getting into the story at the beginning. I felt that there were too many characters introduced in the first few pages (almost a dozen names were mentioned), and I struggled to keep them all straight. There were times when I had to go back and check who someone was when they were mentioned again because I couldn’t remember the details of that particular character. Part of the issue might have been that there was a lot of backstory explained all at once. I appreciated the detailed narrative of past events as it created an intricate and well throughout world, but it slowed the pace of the story prior to Sonnet witnessing the murder.

After this point the story accelerates with a consistently fast pace, engaging characters, and a gripping plot. I liked the surprises that were revealed about Sonnet’s character, which weren’t what I had been expecting and added much welcomed dimension to an already stand out character. There were several other unexpected twists in the story which kept things interesting and far from being your standard crime thriller. Charlene Johnson was able to make me care about Sasha Petrov, who seemed completely beyond redemption when we’re first introduced to him at the beginning of the story. But by the end of the book, when the truth about what really happened to Zack’s sister had finally been revealed, I wanted to read more about Sasha, and I was even hoping that there will be another story with him as the hero.

With well defined characters thrown into the middle of a perilous situation things naturally take off and go in unexpected directions. Anyone who enjoys a good crime thriller will find plenty to like.

The Cabin: A Murder Mystery is a twisting murder mystery that follows a homicide detective trying to solve a case in his hometown. What was the inspiration for the setup to this intriguing novel?

Buck Woods was a character I originally created as a back woods trapper when I attempted to write a story when I was 14 years old. I liked the name so I made Buck an NYPD Homicide Detective. Since I’m a fan of James Patterson and Stuart Woods, I decided to attempt a murder/mystery novel as my first book. I choose Orono, Maine for Buck’s home town just from looking at a map of the United States.

Before publishing the book, my wife and I took a trip to Orono to check out the location. By personally checking out the setting it helped me get the facts straight, and make the story more authentic.

Buck is an interesting character that I thought was well developed. What were some driving ideals behind his character?

I tried to develop Buck into a strong caring character that people can identify with. However, I gave him obstacles he had to deal with on a daily basis. PTSD from his Gulf War days, self-blame and feelings of guilt from the death of his teenage girlfriend, Doreen Warren and the murder of his NYPD partner, Cheryl Jenkins were a few of the challenges Buck had to work through.

I enjoyed the mystery that unfolded. Was this planned or did it develop organically while writing?

The Cabin: A Murder Mystery started as a rough idea. Once I determined what the story would be about, I sat down at my computer and began to write the first chapter. I walk every day for almost two hours.

This gives me time to think and plot my story and develop characters. I find this is the best way for me to write. I don’t sit down and plot every scene on paper like other writers do.

My next novel is now completed and will be edited this April. The book is called New York City Murders. Homicide Detective Buck Woods returns to New York City and teams up with a new partner, a beautiful woman named Kristie Karlsson. The novel is a stand-alone sequel to The Cabin: A Murder Mystery. 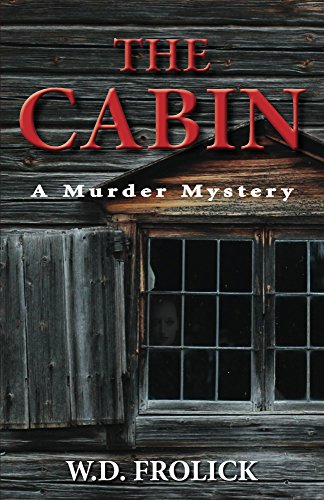 Upon arriving back in town, Buck meets up with his old high school friend, Detective Jim Barkowsky of the Orono PD. Jim invites Buck to stay with him, his wife, and their two children.

The next morning Buck and Jim go to check out Buck’s new home, an old run-down log cabin he inherited from his grandfather on two acres of land on Punshaw Lake. Upon entering the cabin, they discover the decomposing body of an unidentified man. The victim died from a single gunshot wound. It is obvious that he was murdered.

Buck and Jim set out to solve the murder by putting together the pieces of the puzzle. Unexpected twists, turns, and obstacles abound, leading to a climax that puts Buck’s life on the line. 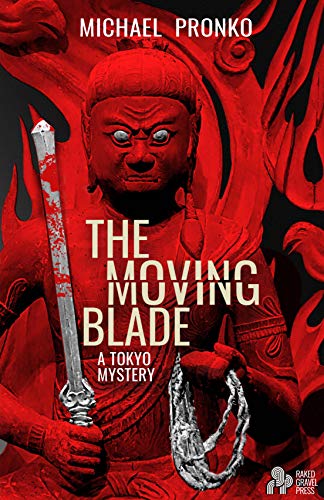