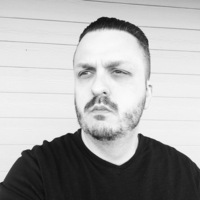 Three Burning Red Runaway Brides finds Sabrina fighting for her life as she’s trying to save millions of others. How did you envision starting this novel and how did that change as you wrote?

I had a very sturdy thread I was connecting books one and two together with, and that thread only gets stronger with book three.

I wanted to build the story to a place Sabrina had not yet been. She was on top again. The object of desire, a leader—someone people listened to and respected. She was in control, but still had this one obstacle looming in the distance. This one last thing to overcome before she could finally rest and fully enjoy her new status.

I envisioned starting this novel off with a bang… (insert smirk here). And that is exactly how I started it off. (insert giggle here).

This novel did not change much from what I envisioned. The only thing I had to decide, before I got to the end, was how to end it. I had three outcomes in my mind. And juggled them. I wrote three endings and gave them all to my editor and proofreader and a trusted friend. I wanted to see how they felt.

As it turns out, the book ends as I originally envisioned it…with a couple tweaks.

I am happy with this book. It concludes the story of Sabrina while opening the world more and beginning the story of another character. I plan on writing more books. This series, The Water Kingdom, is done. The next books will be in the other Kingdoms: Fire, Air, Earth.

We get to learn more about who Dunyasha is, her past and how she became the cursed undead. Was this something you already had developed or was it something you started exploring in this book?

The elder vampire Dunyasha was always meant to be something more. But I did not know what the was until book two: TWO POLLUTED BLACK-HEART ROMANCES. In book three, I finally spill the beans and reveal it all. At the same time, I leave a little mystery surrounding her, because she will be the focus of the next series.

What is a scene from the book that was particularly challenging for you to write?

The end. As I said before, I had three versions in my head. One version was much-much longer. And had an entirely different outcome. It was brutal and ugly. But I wasn’t sure readers would enjoy it. It felt right to me, but it was like taking your favorite childhood toy and selling it. Sure, you can use the money for other things you want now, but you might miss that toy and want it back. I was torn. Do I keep that ending or not?

After some feedback and some time to think, I picked an ending and edited and polished it again and again.

I think in the end; my characters are all where they should be. In some ways…many ways, they get what they deserve.

Where will the next book in the series pick up and when will it be available?

The next series will be another trilogy. The Elemental Kingdom Series. And it will have one book each for the Fire, Air, and Earth Kingdoms. These books will show how the events in the Water Kingdom have rippled across the Elemental world. Each Kingdom will have a story to tell.

I think that will bring it all to an end. But then again, I might write some supplemental short stories.

The next book will not come out until 2020-2021. I will start writing it next year. I am writing the sequel to another book right now, one you reviewed and loved, THE LIFEBLOOD OF ILL-FATED WOMEN. That sequel is long overdue. Not George R.R. long overdue…but still…way late. 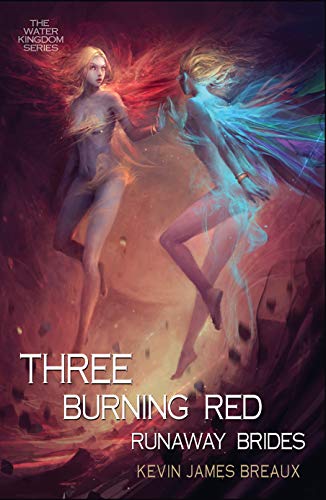 Sabrina London is back! The fate of the Elemental Kingdoms rests in the hands of its newest ruler: Sabrina London. When last seen, the fairy princess had made a deal with the King of Filth to save the lives of her friends. Now she is fighting to live the life she wants while trying to save the lives of millions. A monster, more dangerous than any other she has overcome threatens both the human and non-human world. How will she restore the balance? Despite the risks, Sabrina enlists the aid of one of her people’s biggest rivals. She has spun a complex web of lies and deception, now trying to gain her freedom, unaware that everyone she allies with has their own plans.