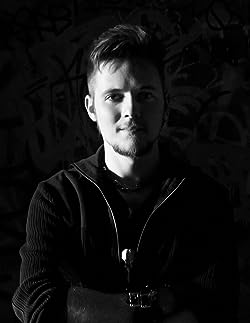 YEGman is a thrilling crime novel taking place in the underworld of Edmonton, Canada. Why did you want to set your story in this location?

I had several reasons why I wanted to have the story take place in Edmonton. I prefer to write Canada-based stories and I’ve spent a lot more time in western Canada than I have out east, so can craft stories in these locations easier. A second reason is the name YEGman itself. YEG is the airport code and a common hashtag for the city. It is easier to say than – for example – YYCman for Calgary.

I also have grown up in Edmonton and have seen the city change over the decades. It is a pretty (no offence Edmonton!) bland city when it comes to major issues. So it is a good thing. That raises the question, how can you make a tame city feral and gritty? This was an interesting challenge to me.

This story takes a uniquely gritty look at the Edmonton crime scene. What were some ideas you wanted to capture when developing this underworld?

For YEGman’s version of Edmonton, I wanted to paint a crime-infested city that has some similarities seen in superhero comics. Daredevil/Hell’s Kitchen and Batman/Gotham are examples. A city that is in dire need of help. It becomes a motivator for someone to become a vigilante when they feel the city isn’t making any progress.

The details of the drugs and music scene I wanted to make real by showing there are good people that get caught up in these dark worlds of gangs and violence. Either they feel trapped or do not know any better to get out and just try to keep their friends safe.

Where did the idea for YEGman come from and what were some book titles you considered?

YEGman actually was birthed from the album that accompanies the launch – Sounds of Society. Both YEGman and the album tell a story of someone who can’t handle the constraints of society and go off the deep end. They also share similar content in the lyrics. Originally I was working on this album in 2012.

The plot and character of YEGman came to me in the summer of 2015 when I was at a book signing in a comic store. It was a quiet period and was daydreaming about super heroes because of the increase in popularity due to the Marvel movies, DC movies, comic expos and I was in a comic store at the time. Personally I am not a huge comic book far so I asked myself – what type of superhero story would someone who doesn’t like superheroes read?

From there I drafted out the concept of the superhero YEGman. Quite quickly I decided against super powers and made him very earth-bound. This helped map out the ending as well. If he was just an average person, and didn’t have any tech toys, money or ninja training, he’s going to have a pretty difficult time being a crime fighter. After writing out the outline for the ending I reverse engineered the story – a process I do not normally do with writing.

In November of 2015 I wrote the first draft during NaNoWriMo but shelved the concept because my horror novel, Seed Me, wasn’t fully edited yet. That took a higher priority and I didn’t revisit YEGman until 2017 after doing some heavy research into police procedures and psychology. These two points of study helped craft the inner thoughts of Michael.

So overall, comic books were the inspiration and I looked at comics such as the Punisher, Sin City, The Watchmen, and Hellboy to name some.

I really need to wrap up the dark fantasy series Mental Damnation. Book three is coming out in the fall of 2018 and the fourth is in the works. I also am working on a slasher novella but it is in the early plot outline stage. 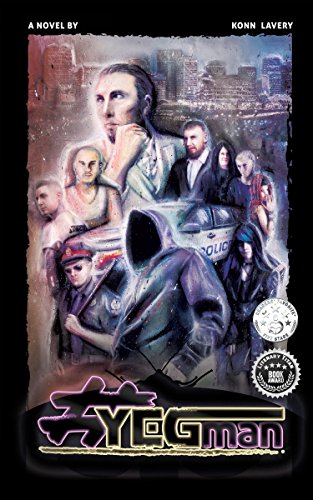 In the darkest streets of Edmonton, crime is around every corner. The police have exhausted their resources. Citizens are in a constant state of fear. The city is in dire need of justice. Someone needs to give the felons what they deserve – skip the courts and deliver their verdict with a fist full of fury!

At least that is what Michael Bradford tells himself. He struggles with violent tendencies while personally investigating the Crystal Moths, Edmonton’s most notorious gang. His vigilante methods get caught on film and are uploaded to the web with the hashtag YEGman. These videos catch the attention of a rebellious journalism student whose aspires to cover the developing story on the city’s underground hero.