INFECTED: Secrets From The Medical Underground presents a compilation of highly researched old remedies and treatments, as well as unconventional plant-based medicines, potent nutrients, and tips for a healthy body, culled from the wisdom of doctor Ralph La Guardia, who has spent years on the front lines of the medical underground. Several medical secrets, unpatentable by medical experts, are the tools in the book that assists the reader in preventing the clandestine entry of several infections and disorders into the human body.

The book is written at a time when there is widespread concern over the lethality of the COVID 19 virus. The first chapter thus provides interesting and comprehensive information on the origin of influenza and colds, offering an open criticism of hyperbolized COVID-19 viruses’ deadly intensity, as well as redundant measures and ‘so-called’ ‘insane’ vaccines measures with no guarantee of future effects.

‘Build The Wall,’ the second chapter, explores the human body’s remarkable systems and its inherent barriers to infection. The effectiveness of these natural barriers in the human body determines a healthy immunity, which is essential for preventing diseases at their source. This chapter depicts the many aspects of the human body and presents them in an amazingly comprehensible and deep way.

The third chapter, titled ‘Symptoms,’ aims to assist readers in differentiating and/or learning about the various commonly associated symptoms of flu, colds, allergies, and COVID-19. The fourth chapter discusses the basic feasible measures and suggestions for infection prevention through personal hygiene. As in previous chapters, this chapter emphasizes the concept of Benjamin Franklin’s saying, “An ounce of prevention is worth a pound of cure.” The fifth chapter is a meticulous yet all-inclusive illumination on the measures and substances covered in chapter four. This includes exclusive information on various antioxidants-for-health-and-longevity, their sources, and ‘the gang of seven’ substances to aid in the treatment of any infection. The sixth chapter proceeds with an overview of the various respiratory tract infections as well as their treatments.

Chapter seven is entirely dedicated to the facts and transparent views about the entire situation of COVID-19, which eventually leads to the symptoms, steps to prevention, and finally treatment of the virus. In the last three chapters, the author illustrates various types of skin infections, genitourinary tract infections, and gastroenteritis, as well as many remedies for treating them.

The human body wonders and the many secrets that each individual carries within are not the only things that amaze readers in this book. It also astounds with its extensive knowledge, which is broken down into absorbable capsules that make the book so intriguing. Be it the censorship of those who want to bring to light the real facts about the COVID-19 virus, or the apprehension of medical ‘experts’ who can’t recognize the benefits of the medical underground secrets presented in the book, the author has been explicit with his views.

INFECTED: Secrets From The Medical Underground provides readers with many tools to prevent diseases, using approaches that don’t require prescriptions. This health guide will also appeal to people who are fascinated with the complex yet intriguing functions of the human body and the many tips available to keep it healthy. 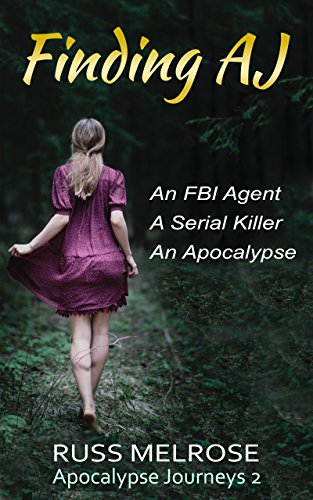