Madness is based on the real life of Hank Luisetti, a man that changed basketball forever. What was the inspiration that made you want to write this book?

When I was a teen, my life’s goal was to become a film actor, but getting married young and starting a business put that on hold in my early twenties, so I decided to “Stallone” it and write a movie and only sell it if I was to play the lead. That sounds pretty funny now but to a 22 year old, it was a solid plan. I told my father about it and he said he knew the perfect guy to write about. He told me about Luisetti and what he did. I went to the library in Manhattan, these were the days before the Net was born, and researched him for two weeks. When I finished the research, I was hooked. Luisetti has been one of my idols ever since. I have a load of memorabilia.

This book is a balance between Hank’s real life achievements and some fictional elements. How did you find balance between these and what was important for you to get right?

It just happened over years of cultivating it. It began as a screenplay and went through several versions before I wrote the historical fiction novel. I went back to college when I was forty and got my BA in English, so I read all the classics and love storytelling. Some of the Odyssey rubbed off in Madness; Hank is like a modern age Odysseus. I also based a lot on my childhood, friends, and Italian roots. I am a second generation Italian American and Hank’s a first—our upbringings had definite similarities.

The one thing I enjoyed was how palpable the determination and passion was in Hank’s life and in this book. What were some themes that were important for you to capture in this story?

All the classic themes are embedded in there: Coming of Age, Overcoming Obstacles, Family Values, Life’s Journey, Man VS Himself and Society, The Power of Love; I can go on. I really don’t know how to answer it—I wrote from my heart. I became Hank Luisetti as I wrote and weaved in my knowledge of books. As an actor I was acting out scenes as I wrote. I put myself in there and the themes grew. If I didn’t feel the emotion, it didn’t get written. I really enjoyed writing it.

I have no idea when that will be because I’m still promoting Madness, which takes all of my spare time. I do have six outlines though. One is potentially a trilogy about a baseball player. I’ve had this story in my head for thirty years. After that, I leave the sports genre for good. All my others are very different; a few have female protagonists, which should be interesting. When Madness slows down, I’ll begin again. If people like my style, I have a really nice story which is a free eBook on Amazon called Settling A Score. Like Madness, it’s not really about baseball as it is about Coming of Age, Family, and Overcoming Obstacles. It’s fiction but based on my childhood in the Bronx during the 1960s.

Who’s the greatest basketball player ever? Madness is the intriguing story of Hank Luisetti, the predawn of March Madness, and how modern basketball was born.FINALIST, 2019 TopShelf Book AwardsSOLO MEDALIST WINNER: Autobiography / Biography / Memoir – 2019 New Apple Summer eBook AwardsBRONZE MEDAL: Young Adult Category – 2019 Readers’ Favorite Book AwardsFINALIST, Sports – 2019 International Book AwardsFINALIST – 2019 Topshelf Book Awards”I would say author Mike DeLucia is to the sports novel, what Sylvester Stallone is to the sports film. Mr. DeLucia’s characters are rich and relatable, in a story where sports is an analogy for life.”Mike DeLucia keeps the characters engaging, and the action moving. He manages to capture the energy and excitement of a championship face-off, and put it on the page. This is a well-done “sports” novel.”The majority of searches say Michael Jordan is the best basketball player of all time, but many others oppose this. While Jordan’s rank is debatable, a respectable dream team would include Kevin Durant, Bill Russell, Hakeem Olajuwon, Dr. J, Tim Duncan, Jerry West, Kobe Bryant, Wilt Chamberlain, Larry Bird, Shaquille O’Neal, LeBron James, Kareem Abdul-Jabbar, Magic Johnson, Stephen Curry, Michael Jordan, and Hank Luisetti.Chances are, you’ve never heard of Hank Luisetti. But this wouldn’t be a legitimate discussion without the Hall of Fame legend whose celebrity caused a basketball revolution.James Naismith invented basketball in 1891; Hank Luisetti reinvented it in 1936. Hank changed basketball’s genetic footprint when he popularized the one-handed shot. He could jump so high and stay up so long he seemed to defy gravity.Was Luisetti better than Jordan? That’s impossible to say because they played in different eras. But Hank Luisetti was basketball’s first superstar and what he did for the game is unprecedented.This historical fiction novel is based on the basketball achievements of Hank Luisetti. Some actual events, aspects, and characters have been fictionalized.

Madness: The Man Who Changed Basketball 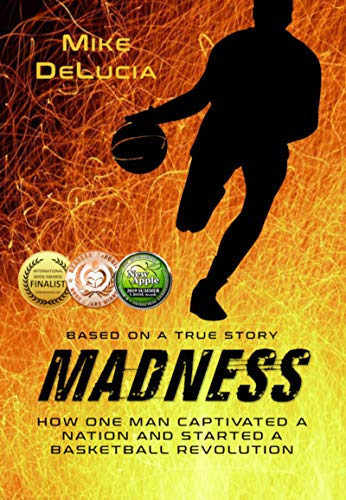 There is a certain quality about people who make valuable contributions to history. They seem to have an uncanny ability to remain focused on their goals and to overcome their hurdles with stoic determination. Such is the story of one Angelo-Giuseppi ‘Hank’ Luisetti. Some people may not know who this is, including some basketball fanatics. However, the fact remains that Hank revolutionized basketball. Madness is his story of courage, focus, determination and immeasurable passion for the game.

The legacy of Hank Luisetti should never go unrecognized. He lived an inspiring life of hard work and motivating those around him to be better. Mike DeLucia tells his story in a compelling manner. He pulls in the reader right from the introduction with a peek into Hank’s life before basketball; being taught not to question God and a whole delve into his life during basketball. You will get to see the struggles as a ‘different’ kid. Nothing has been held back. This book is marked with candid banter and a knack to inspire the reader.

The book does not discriminate between demographics. It is enjoyable by anyone of any age. It is written in simple language. It weaves the plot of Hank’s life in a way that keeps you interested in how one person can be such a pillar of strength, not only for his self but for others too. You will find all the spirit, joy and heart of the game and the man himself captured between the lines of this book. The story is told in such vivid detail that you can almost see the sweat trickle down Hank’s face. You can feel his heart beat in his chest every time he was on the court.

Mike DeLucia uses true events but has created fictional characters to support the plot. These characters are properly built with enough backdrop and dimensions but it is done so carefully so that they do not overshadow the purpose of the story. They are great characters that will appeal to the reader. These characters will affirm that truly no great man becomes so without a few trusted people to him along the way.

There is a lot to learn from this book. You do not even have to be a fan of basketball. You could know absolutely nothing about the sport but you would still enjoy it. Madness: The Man Who Changed Basketball is a trip into the heart of one of the greatest sportsmen of all time. 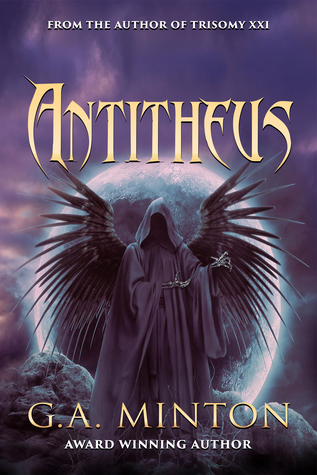