This is an interview of Professor B.A. Zikria about his recent books.

B.A. Zikria, born in Afghanistan, came to America at the age of eighteen to study medicine. He finished college in three years, studied at Johns Hopkins medical school in Baltimore, and received his diploma from President Eisenhower, brother of Milton Eisenhower, president of Johns Hopkins. He trained in Bellevue and Columbia Presbyterian Medical Centers. He taught medical students at the College of Physicians and Surgeons for 25 years and trained surgeons at CPMC and affiliated Harlem Hospital for 45 years. He has received 10 U.S. Patents during his career. After his retirement, he began writing philosophical and historical books.

Are you registered to vote?
Where is your local voting station? 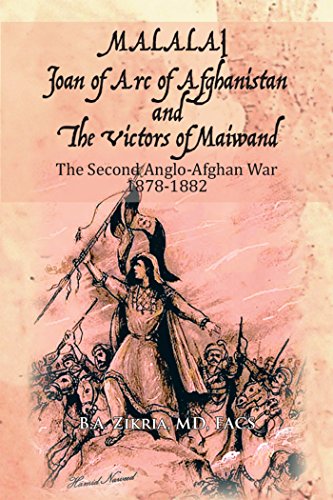 A young American physician Dr. Scott Fitzgerald from Pennsylvania sets out on a journey to fulfill his fathers dream by returning to Afghanistan where his father Bryan had spent nearly twenty years as the first American in that remote kingdom. Bryan had befriended Prince Akbar, the hero of First Anglo-Afghan, and won the hearts and minds of Afghans receiving a golden sword and the title of the American Prince. Like his father, Scott wanted to take the Declaration of Independence and the American Constitution to the farthest lands of the world. Following many adventures he joins Prince Ayoub, the hero of the Second Afghan War.

Scott travels from Philadelphia across Europe, Russia, Afghanistan, India to the Far East. He returns with lessons learned and truths he discovered and writes them in this book to reach the present and future generations. He regards the American Republic as an indestructible fortress of freedom and democracy that all extremes of left and right factions are inevitably drawn back into the fortress of ‘Immortal Ideas”, built by their forefathers with their genius, their fortunes and their lives. Scott believes, as Americans we have never claimed to convert or to rule the world. We just want for others to have the same inalienable rights of life, liberty and pursuit of their own happinesss.

Scott quotes a great American, The Constitution of the United States is the impassioned and inspired vehicle by which we travel through history. It grew out of the deepest inspiration of our existence that we are here to serve Him by living free. That living free, releases in us the noble impulses and our best abilities so that we use these precious gifts for good and generous purposes and that we will secure them not just only for ourselves and our children but for all mankind.