Caught in a Conundrum 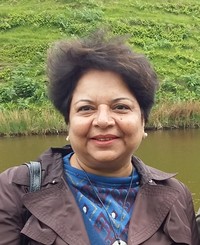 Skeins follows a group of Indian woman as they travel through Europe learning something about life, each other, and themselves. What served as your inspiration for this uplifting novel?

Both my novels relate to a world well-known to me: urban educated India. I have been travelling a great deal for the past 14 years and I undertake at least one group tour overseas each year. Though the itinerary for the tour described in Skeins is similar to that of a group tour I undertook with Cosmos© in 2015, the similarity ends there as the tourists in the latter included men and women of varied nationalities. Also, when I had traveled to Ireland in 2016, my suitcase had not been transferred in time to the connecting flight by the airline staff at Munich airport during transit. These experiences sparked off my imagination, which led to the birth of Skeins.

There is a great collection of women from several generations in this group. Who was your favorite character to write for?

It’s like asking someone who is your favourite child. Each woman character is alive in my imagination with her own distinct personality, dreams and circumstances. They are all resilient as I don’t sympathize with whiners. I like women who get back on their feet after a hard tumble and find their own path in life without seeking sympathy or support. However, I particularly empathized with the characters Sandra D’Souza and Vidya Rao who are caught in a conundrum and need to make tough decisions.

I enjoyed how the characters each had their own story that contributed to the depth of their character. What were some themes you wanted to capture in this book?

Though the novel is a breezy read, it deals with serious societal issues related to women. I feel very strongly about the thwarting of women’s emotional, professional and intellectual independence and expression by a patriarchal society and a dominant partner who limit her role to that of a mother and a comfort provider. The novel also depicts the generic issues of social hierarchy, aspirational lifestyles, the violence within and without our homes, loneliness and dementia.

I have a few ideas that I am exploring. When that creative spark is ignited, I know I will not take longer than two months to pen the story and edit it.

What happens when the skeins of life of 16 diverse Indian women, aged 25 to 67, get entwined when they travel to Spain and Portugal in an all-women’s tour?

With a galaxy of identifiable characters from modern urban India depicted with light-hearted mirth in a travel environment, the novel explores serious issues, such as the quest for an independent identity and economic independence, the violence within and outside our homes, the loneliness of old age and the need for constructive channelization of youthful energy. Spanning events across a little more than a year, Skeins depicts how self-expression and a supportive environment trigger a cataclysmic effect and stimulate the women to realize their dreams.

A young American physician Dr. Scott Fitzgerald from Pennsylvania sets out on a journey to fulfill his fathers dream by returning to Afghanistan where his father Bryan had spent nearly twenty years as the first American in that remote kingdom. Bryan had befriended Prince Akbar, the hero of First Anglo-Afghan, and won the hearts and minds of Afghans receiving a golden sword and the title of the American Prince. Like his father, Scott wanted to take the Declaration of Independence and the American Constitution to the farthest lands of the world. Following many adventures he joins Prince Ayoub, the hero of the Second Afghan War.

Scott travels from Philadelphia across Europe, Russia, Afghanistan, India to the Far East. He returns with lessons learned and truths he discovered and writes them in this book to reach the present and future generations. He regards the American Republic as an indestructible fortress of freedom and democracy that all extremes of left and right factions are inevitably drawn back into the fortress of ‘Immortal Ideas”, built by their forefathers with their genius, their fortunes and their lives. Scott believes, as Americans we have never claimed to convert or to rule the world. We just want for others to have the same inalienable rights of life, liberty and pursuit of their own happinesss.

Scott quotes a great American, The Constitution of the United States is the impassioned and inspired vehicle by which we travel through history. It grew out of the deepest inspiration of our existence that we are here to serve Him by living free. That living free, releases in us the noble impulses and our best abilities so that we use these precious gifts for good and generous purposes and that we will secure them not just only for ourselves and our children but for all mankind. 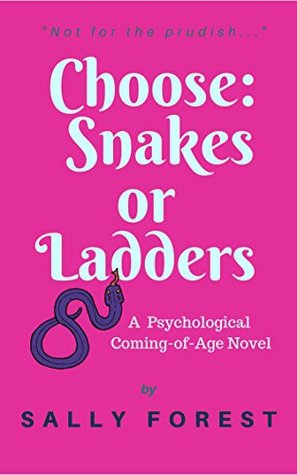 Mitty Bedford is a young woman who has spent her life under the rule of a god-fearing sect, including the indomitable and vindictive Aunt Charity. Escaping to the city to become a typist, she meets the kind and loving Col. But she is conflicted; her sexuality has been repressed and she is laden with feelings of shame and fear. As she sets out on her journey to self-discovery and independence in 1950’s Australia, she comes up against the sexism and classism of the day. To truly be free, she must challenge others’ prejudices and fight her own inner demons.

Choose Snakes or Ladders by Sally Forest is a book of many themes; love and loss, religion, shame, trauma, memory, gender, sexuality and the questionable nature of truth. Forest deals with these complex and universal topics with sensitivity and skill. Through her writing, she asks us to question our own biases and consider how relevant these issues are today.

Forest excels at writing place and her prose conjures up the setting of New South Wales incredibly well. Her descriptions of the seasons are particularly beautiful; the dirt, pollution and heat of summer mirror Mitty’s feelings of oppression and add to an atmosphere of heaviness, whilst the freshness of autumn coincides with Mitty’s new found confidence. Forest also invokes the time period expertly, and I enjoyed the references to old films and magazines which gave some historical context and showed how influential the invention of advertising and the media was on thoughts and behaviour at the time.

Mitty is an utterly believable and well-realised character. Much of the book consists of her internal dialogue, which gives us insight into her feelings of guilt and shame and makes her very relatable. She wants to be attractive to men and enjoys their gaze but she is also afraid of it and fears repercussions. Forest illustrates that female beauty and sexuality can be a poisoned chalice in a society where only women are castigated for the outcome of these things (this clearly has modern resonance too). The prejudice and ignorance of certain characters are well-drawn and had me seething with anger!

The dialogue is predominately realistic and natural. Forest uses dialect for some of her characters- possibly to infuse more authenticity into the narrative- but I would have liked a little less of this as it came off as contrived at times and distracted me from the flow of the narrative. Although there is quite a steady pace to the book, I occasionally felt that Mitty’s day to day life was rather repetitive and that the plot could have done with a little more substance. There was definitely enough suspense to keep me intrigued though, and I think that any plot issues were reconciled by Forest’s use of prose and by her complex and likeable characters.

Ultimately, this is a book about redemption. It is a moving and beautifully written story, which although full of challenging themes, eventually filled me with hope.