Inspiration in a Vivid Nightmare

Seven Ghostly Spins is a collection of paranormal stories written by you and Kelsey E. Gerard. What were some decisions that went into picking the stories for this collection?

Three of the stories; Carolina Blue, 205 ½ 25th Street and Alison, date back to the years I spent in Northern Utah. They were originally published in 2012-2014 as part of the Tales from Beyond anthologies, compiled by D. Hattingh. Ever since that project was completed, I began thinking of a collection of my own—to be based not only on true legends, but paranormal experiences as well.

At around the middle of 2017 the title for the new collection came to me; Seven Ghostly Spins, prompting me to remaster the original three and identify the other four.

In keeping with the “Haunted Ogden” theme, Kelsey E. Gerard submitted She Caught a Ride, fulfilling the based-on-true-legends requirement. That left me with the paranormal experience requirement, and for those I turned to my own memories and wrote By the Iron Gate and A Curse Lifted. Abiku is the novella among the short stories—the base idea for this thriller came from an ancient Yoruba belief and it includes supernatural and paranormal elements that I thought would make a proper central piece for this collection.

My favorite stories from the collection is ‘Alison’ and Gerard’s ‘She Caught a Ride’. What was your favorite story from this book?

Thank you! I am so pleased to hear you enjoyed these tales. I love each story equally though for different reasons. If I must pick a favorite, I would say Carolina Blue is my special, tragic friend.

Each story was intriguing and well developed. Where do you turn for inspiration for writing?

Two of the stories are rooted on personal experiences, while the others came to me through reading, and research. I found inspiration in a vivid nightmare and a real walk in the moonlight. In my godmother’s parting gift, and in assignments to explore Ogden’s haunted, colorful history. In the case of Abiku, all it took was an image—an illustration caught my eye and the short lines describing it spawned all the characters and circumstances in the novella.

My next project is a philosophical fiction/comedy entitled Daughters of the Bride, slated for publication on Mother’s Day 2020.

To recover from the unexpected death of their father, the ‘weird sisters’ cling to one another and to their widowed mother; the ‘head witch.’ However, no traditional mourning rituals await them.

Blindsided by the love their mother claims to have found, mere months after the death of her husband of 50+ years, the three women flex their powers and embark on a distressing journey of reflection; to know themselves and the mother they thought they knew.

Amid the hilarity of the head witch’s disconcerting return to a youthful attitude, difficult questions must be asked. Genetic memories must be acknowledged and banished. Painful feelings must be expressed, and life-altering decisions will be made because, at the end of their journey, their new reality must be embraced by all. 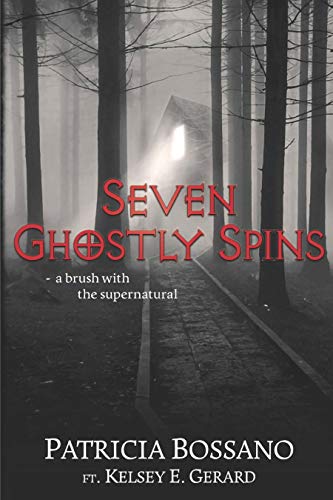 Based on harrowing legends and nightmares come true, this mind-bending collection of paranormal tales will creep under your skin and stay with you long after you have read it. 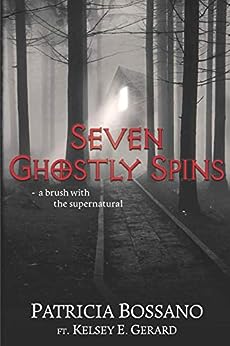