Wyatt is an average kid with aspirations of serving in the Imperial Army when a strange dream leads him down a harrowing path that changes his life forever. What was the inspiration for the original and fascinating idea at the center of The Humming Blade?

The story is, in all honesty, the story I would’ve wanted to read in my youth. The Campbellian hero is relateable for a lot of reasons, and that blueprint is, in many ways, the blueprint for Wyatt’s journey. A dream or a prophesy are often found in those stories, and this is no different. Wyatt has to discover not only what it means to be a hero, but also what it means to truly have no say in the major life events that define the book.

I find the world you created in this novel brimming with possibilities. Where did the inspiration for the setting come from and how did it change as you were writing?

All of my ideas start out very small – a place, a specific thing, a person, etc. The Humming Blade was born of the idea of a world where the things everyday people see are built upon the bones of of something much older, greater, and harder to understand. It became necessary to make this setting familiar, because it had to feel easy to understand and subsequently easy to subvert. The idea that the familiar and the normal can be built upon the foundation of something completely alien is something that I love to think about our own world all the time. I think that dreamers like me will really find an easy home in this setting.

Wyatt is a well developed and intriguing character. What was the inspiration for his character traits and dialogue?

Wyatt is a little bit of every late-teens kid – smart, fast-learning, driven, and well-meaning. He’s bored of the only hand he feels is available to him and desperately wants to find a way out, which is certainly a feeling that I know a lot about. He’s something we’ve all been or all will be at some point in our lives. But he has a few bad traits of teenagers, too – he’s a bit mouthy, selfish, and stubborn. His motivation for most of this story is not to save the world or avert catastrophe; he just wants his mom back home where she belongs. He’s forced into making choices that he never wanted to make, and realizes that maybe the old and familiar life he lost wasn’t so bad after all.

I enjoyed the ending of the novel, although it left some things unanswered. What will book two cover and when will that be available?

The ending was definitely a deliberate choice on my part. Wyatt will begin the next book struggling with the ramifications of what happened, as well as a greater question: what place is there in the world for the “Chosen One” once he has fulfilled his destiny? What does he do now that he’s served his purpose? All throughout the first novel, the reader sees glimpses of things happening behind closed doors. Those scenes are like seeds – in book two, those seeds will grow and bear fruit. As far as when the book will be available, I hope to have it written soon. The first thirty-thousand or so words are already written, and the rest will come easily. I’m working on another project (some stories just have to be written!), but once that draft is complete and I’m off editing it, writing will resume on The Humming Blade’s sequel. 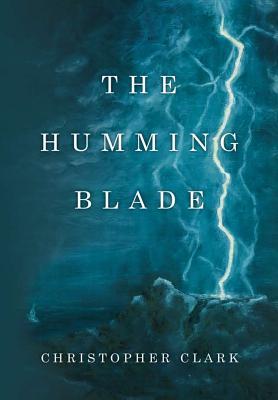 Wyatt Arden thinks he leads a pretty normal life. He lives on a boring, everyday farm outside of a sleepy little town called Ven, doing boring chores for his mom when he’s not in school. He yearns for a chance to enlist in the Imperial Army and bring some excitement to his life, but he’s sure that will never happen. Wyatt soon learns that it only takes one strange dream for everything normal about his life to change. In that dream, he envisions a beautiful, powerful sword, a blade linked to deep magic and even deeper mysteries. The dream precedes an unexpected series of events that lead Wyatt into a harrowing, life-altering struggle for the lives of his friends, his family, and the world as he knows it. Wyatt must face vicious killers, dark schemers, and beings of such great power that their existence was erased from history. His only weapon? The Humming Blade.