On A Hero’s Journey 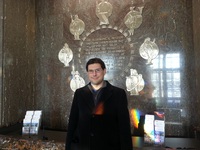 The Genocide Gene is the third book in the thrilling Onryo Saga and continues the adventures of the teenage superheroes in their fight to save humanity. I felt this story was very well written. What is your experience as a writer?

In addition to term papers in grad school, I wrote fanfiction about my favorite shows growing up. It was great practice to hone my craft and experiment with my original concepts. As fun as that was, nothing beats creating original characters and guiding them on a hero’s journey.

One thing that stands out to me in The Genocide Gene is the creativity embedded in this world. What was your inspiration for creating such and imaginative world?

As I was researching Africa, I had to come up with ways to integrate what I had learned into a creative storyline. I read about the business of portable gas stoves, so I had a battle in a factory. I read about the African boda-boda drivers, so I envisioned a chase scene on their mopeds. Every time I read something interesting, I wondered how I can utilize it in an exciting way.

I also created my own African country so that I could integrate the culture, history and issues of other countries into it, such as civil wars and age-old divisions brought about by European colonization. That way, I could write about the political problems of places such as Uganda, the Congo, South Africa and others all at once.

The Genocide Gene has an intriguing setup to a novel that is high in social commentary. What was your moral goal when writing this novel and do you feel you’ve achieved it?

Bringing people together in harmony has always been my main goal, whether it be American liberals and conservatives or feuding African tribes. I wanted to present a war-torn nation keep impoverished and dysfunctional due to prejudice and hatred, but it was important to show people of other backgrounds getting along in spite of what their groups teach them. While the political extremists seek to tear their nation apart through fear, those who serve the cause of unity and understanding are the only ones who can bring peace to their people. While my conclusion can’t happen in real life, I can only keep the faith that the people of these lands find ways to bring about prosperity.

When will the fourth book in the Onryo saga be available and where will it take readers?

The Tree of Zaqqum will take readers to Israel/Palestine, and others Middle Eastern locations too. My heroes will have to stop a mysterious mastermind and his followers from destroying cities with stolen WMDs and quantum technology. Their friendship is further tested as Chikara gains a new ally that may become something more.

I’m still in the research phase at that moment, but the story is coming together piece by piece. I’m guess it may take two years to complete. 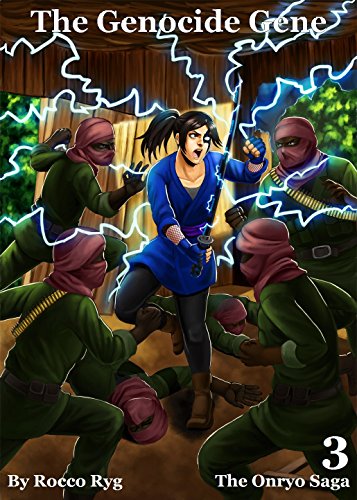 “It has been only a few months since Chikara Kaminari was given strange powers and a mission from her precognitive mother. Joined by her friends Renka and Gen, she traveled the world and stopped a band of super-powered extremists from imposing their will upon humanity. Now, a new menace has surfaced to threaten the lives of millions.

In the segregated African nation of Ghadhia, two fanatical brothers are scheming to ignite a new civil war and commit genocide against the tribes they have been raised to hate. The heroic trio must unite with new friends and old enemies to stop them, facing African terrorists, Afrikaner supremacists and enraged mobs along the way. But as Chikara and her friends journey further into the heart of darkness, their deepest fears and hidden feelings threaten to tear their friendship apart.”