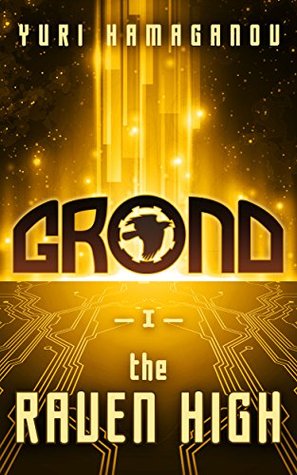 GROND – The Raven High by Yuri Hamaganov is a sci-fi book set around 70 years in the future. On a post-apocalyptic Earth, there are no resources or clean water left, and the pollution has caused giant storms across the planet. Our main character is Olga, a young girl who is one of seven biologically engineered post humans called ‘The Changed’. They work in ships above Earth using their abilities to create nanomaterials that help remove the pollution below. This book follows on from the events of the first, and starts with our main character Olga in training.

The start of the book, and for parts throughout, is very dialogue heavy, and occasionally it can almost feel like a script with fast speech between the characters. However, this is no way a hindrance as the dialogue is interesting and smooth – you feel as if you are reading a real conversation between two people. Dialogue for writers is often hard to perfect, it can feel as if people either have the knack or they don’t. If this is the case Hamaganov definitely has the knack.

What makes the writing even more impressive is that the author also translates these books himself from Russian to English. Portraying dialogue and actions sequences in two different languages is no small feat and Hamaganov has executed it well. However, occasionally there are a few incorrect sentences or words in the book but these in no way make the novel unreadable and are easily forgiven.

The action in this book is enjoyable, and while it is happening you realise you care for the characters involved. Olga’s ‘nanny’, an android there to train Olga for her purpose, is an excellent addition to the character line-up who acts as a parent figure and genuinely cares for Olga’s success and safety. As a reader, this is a character who adds a caring and nurturing theme to the book, and makes you empathise more with Olga and any danger she may face.

Overall, if you are looking for a fun sci-fi novel to read, this is a good one to pick up. It’s fun and not too long, and you can be sure that if you enjoy it enough there will be another 6 books as the author plans to make this an 8 book series. 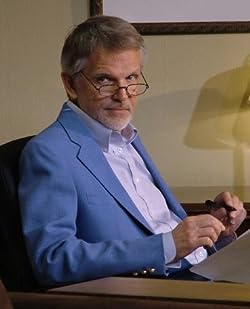 Sins of the Father is a non stop adventure novel following two detectives as they hunt down a dangerous drug kingpin who seeks revenge. What was the inspiration to the setup to this exciting novel?

This is actually the third installment in the Larkin and Colt series. As I was preparing to write the first book I established, just for myself, extensive backstories for the main characters, including their years as undercover ‘contractors’ for the government. Among the stories I created was the takedown of a notorious and supposedly untouchable drug kingpin. After I finished my second book, I found myself wondering what the possible long-term repercussions might be of some of Larkin and Colt’s past actions. The opening scene of a gang of assassins breaking into Larkin’s house popped into my head almost fully formed. From there, it was pretty much off to the races.

My favorite character was DEA Agent Scott Bowman, whose dry humor kept me smiling throughout. What themes did you want to capture while developing your characters?

I wanted to create a character who was dedicated to his job and trying to do the right thing, but who had been doing it for so long that he knows that achieving any kind of long-term solution is pretty much impossible. He’s a realist, and he knows that he’s pretty much rolling a rock up a hill, but he still refuses to give up hope. When he’s approached by Larkin, he sees a chance to maybe do a little bit of good, despite his knowledge that the good guys don’t always win, and the bad guys are incredibly hard to stop.

Sins of the Father is a genre-crossing novel with elements of a adventure, thriller, and action as well. Did you start writing with this in mind, or did this happen organically as you were writing?

I try to write the story I’d want to read. I don’t outline, but I pretty much have the whole plot worked out in my mind before I start. I have the major story points, but not necessarily all the fine details. I sort of let the characters tell me what happens next and where they want to go, as long as we’re always moving toward the outcome I have in mind. I try to let the story and the characters’ actions flow naturally, at the same time hoping to surprise the reader.

I’m currently working on a sequel to my science fiction adventure Pegasus, which is not a Larkin and Colt book. It’s entitled Intrepid, and where Pegasus was about a trip to the moon and back, this time they’re going to Mars. When they arrive, things go horribly wrong, and the crew has to figure out how to get their crippled ship back home before their air and food run out. It’s sort of Apollo 13 meets The Martian. It should be out sometime in the fall. 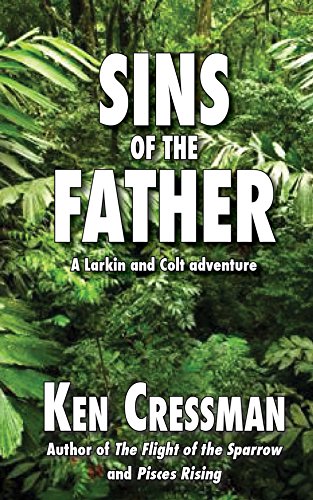 So begins the latest exciting episode in the adventures of David Larkin and his partner Samantha Colt.

Eight years ago, Larkin and Colt were part of a team that terminated notorious drug kingpin Francisco Salazar. Now Salazar’s son Ramon has grown up, taken over the family business and sworn his revenge upon them. Their only option is to follow the trail of drugs and bodies backwards, from Virginia to Miami to South America, to stop young Ramon before they become his latest victims.

Sins of the Father is loaded with the exciting action, wry humor and memorable characters that fans of Larkin and Colt have come to expect. 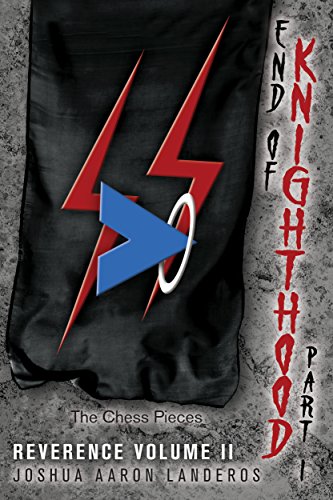