Heart of the Forest: Book 1 of the Cousin Friendship Series

Twelve-year-old Ilyria wants nothing more than to write an incredible fantasy novel…and outdo her perfect cousin Jerry. However, when Thanksgiving Day arrives, Ilyria finds herself sandwiched between her disapproving parents, her doting aunt, uncle, and the insufferable Jerry. Things are only made worse when both sets of parents insist the cousins should spend time together. So, heading out into the dark forest, the two teenagers soon find themselves at the beginning of a wondrous adventure, with only each other to rely on. Facing deadly obstacles and dangerous pathways in search of the mysterious force that called them forward, Jerry and Ilyria must learn more about each other and about themselves if they have any hope of survival.

Taking place partly in our world and partly in a magical realm, Heart of the Forest: Book 1 of the Cousin Friendship Series by Hermione Lee is a thrilling journey of discovery. While facing numerous threats and encountering endless wonders, Ilyria and Jerry must learn to overcome their prejudices in order to genuinely understand one another. I liked that this story is about cousins, which is relatively rare in the field. I loved that I never knew what was going to be around the next corner, and the nonstop action kept the pages turning. I was as angry as Ilyria at the parents in the story, finding them to be the most irritating family members I have encountered in literature outside of a Charles Dickens novel. However, I loved the interwoven nature of the story, where I felt that I was not only experiencing the adventures of Ilyria and Jerry but something of the author’s personal journey.

One way that the author helps readers to develop empathy and an emotional connection to their main characters is through their struggles. The teenagers encounter numerous enemies, perform multiple physically demanding escapes, and practically hike across half a continent, only stopping to eat and sleep once in the entire adventure. By the end of their journey, they have been so exhausted, hungry, and dehydrated. Recognizing this plight gives the characters an additional level of respect for their endurance.

Heart of the Forest: Book 1 of the Cousin Friendship Series is an excellent middle-grade fantasy novel, perfect for ages 10 and up. This story is about magic and wonder, overcoming prejudice, and finding the courage to let friendship enter a broken heart. It is a beautiful beginning to an up-and-coming fantasy novel series.

A Star Upon a Dream

A Star Upon a Dream, written by elementary school teacher and former wrestler Kendall T. Newell, is a short and vibrant children’s book about a child’s internal dilemmas and insecurities as her class mates taunt her on the day of the school’s professional job fair, and how her loving father kindly helped her tackle the issue.

Meleah is a little girl who is thoroughly excited about Career Day. She still has no clue what profession she would like to pursue and hopes that the talks by adults in different areas of work will shed some light on the matter. Encouraged by her father, she leaves for school with the highest of hopes. However, her spirits suffer a blow when her classmates challenge each of her suggestions of possible professions she might pursue. That night, her father comes to the rescue and uses the starry night sky as a canvas to explain how each person is unique and can achieve their dreams in their own way.

The final section conveys the book’s key message, which is to highlight to children – who are especially sensitive to criticism and may struggle in handling it with care – that any third-party opinions should not obscure their objectives and wishes. In a world where kids are frequently exposed to television, the internet, and other forms of media that facilitate comparisons to be made, such as the ones Maleah suffered by her peers, this message is particularly noteworthy.

A Star Upon a Dream is a heartwarming children’s book about learning to believe in yourself and that no two people have to follow the same path, even if they are headed in the same direction. It is written ideally for the preteen age group and covers emotional topics they will encounter in today’s world. This is an excellent book to use to open up the discussion of peer pressure, bullying, and self-confidence. 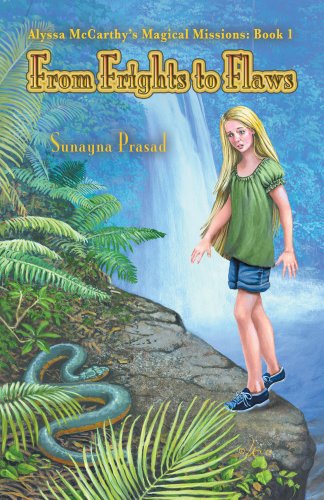