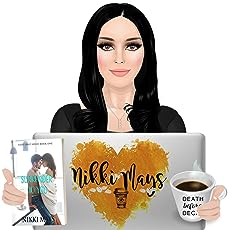 Surrender to You follows the passionate relationship of Mellie and Morris as someone goes to dangerous ends to keep them apart. What was the inspiration for the setup to this thrilling novel?

I think that my inspiration came from watching too much Criminal Minds. Everytime I watch that show it gives me some many ideas. I feel like it is something that could actually happen since there are so many people with mental illnesses that go untreated.

Mellie and Morris have a fiery relationship and a deep bond. How did you develop their relationship, did any of it happen organically while writing?

I think that a lot of their relationship came organically while I was writing it. I knew that I wanted them to awkward in the beginning but after awhile they took on a life of their own. I don’t like to plan it out in took much detail. I kind of like to let the chips fall where they may.

There is a fantastic mystery at the heart of this romance book. What were some themes you wanted to capture around the stalkers motivations?

I wanted people to realize that this is something that could happen to anyone. Someone can fixate on you for the strangest reason. Half the time it could be a simple look. Mental illness has so many variations and left untreated can be dangerous to the person themselves, as well as those around them. Unfortunately, so many people go undiagnosed for years. I feel like more help should be available and that isn’t always the case.

The next book that I’m working on will be centralized around Michelle and Damon, titled Addicted to You. I’m hoping to have it out by the end of October. 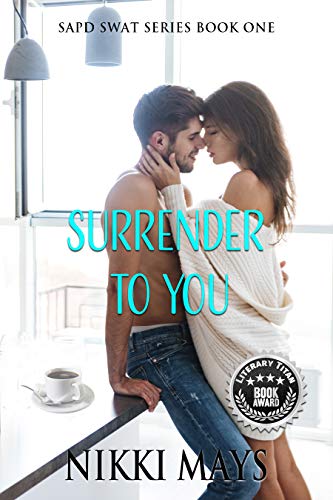 Mellie: Mellie has been hypnotized by a pair of gorgeous green eyes, attached to a very yummy package for months now. Unfortunately for her, her brain goes on hiatus anytime Morris Jackson is around. Looking like a bobble head whenever he asks her anything isn’t the best way to go about getting a man like him interested. Not like ruggedly handsome men go for quirky, accident prone introverts like her. Plus, even if she did have a snowballs chance in hell with him, him being her brothers SWAT teammate doesn’t bode well for her. A girl can dream though!

Morris: Those blue eyes sucker punched him the minute he looked into them. It felt like the ground had literally gone out from under him. Mellie is everything that he could ever want and everything that he shouldn’t have. Even if he didn’t know that she’s too good for a guy like him, her brother would never be okay with it. He is over protective and proud of it. But at some point you have to say screw the consequences and go after what you know is meant to be yours.

Too bad someone wasn’t happy for them when the found their way to one another. Someone will make sure they don’t stay together by any means necessary. They’ll even kill to get what they want.

Mellie is not the average twenty-something. Her older brother, a SWAT member, and all his fellow officers inundate her day-to-day life. Though Mellie has her sights set on Morris, she can barely bring herself to function when she is in his presence. Morris, her brother’s best friend, is also a SWAT officer and, amazingly, has the same stunned-into-silence demeanor toward Mellie. When the two are finally forced into an initial date, it seems the stars are aligned for the beyond-perfect couple. Before Mellie and Morris can begin their life together, they must overcome one glaring obstacle–the one person who knows no boundaries when it comes to keeping Morris from being with the one woman he loves more than anything.

Surrender to You, book one in Nikki Mays’s SAPD SWAT Series, introduces two main characters beginning an intensely romantic life with one another. Mays’s first in a series is primarily a romance novel peppered with a hint of mystery and a moving commentary on mental health. Mays incorporates concerns over addressing mental health needs via her antagonist who is not revealed until late in the story line. Though the plot takes a harrowing turn, Mays makes sure to tastefully deal with her character’s failing mental health and the various ways those around the character missed cues.

The author does a nice job of keeping readers guessing as to the identity of Mellie’s stalker. I found myself guessing the culprit’s identity based on three different motives as the reading progressed. I was not completely surprised to find out who had been harassing Mellie. However, I was impressed by Mays’s ability to redirect my attention to and away from three characters simultaneously.

For fans of romance novels, Surrender to You contains it all. I was more impressed with the style in which Mays has chosen to use in her writing. The bounce back and forth between Mellie and Morris’s first-person accounts is highly effective in engaging the reader. The first-person narrative provides a much more intimate look at the characters’ thought processes and allows the reader to both sympathize and empathize with their struggles. In addition, Mays makes use of a relatable conversational tone in her writing that keeps the reader involved and invested in the budding relationship and the mystery surrounding Mellie’s unwanted attention. All in all, Surrender to You is an easy and fast read due to Mays’s ability to reach her audience so quickly in the opening chapter with Mellie’s heartfelt confessions.

Mays gives readers well-drawn characters and has established a wonderful cast readers will be eager to see again in the next installment. Mays has tapped into a target audience who will most definitely agree with Mellie in her assessment of the prowess of the members of the South Amberly SWAT.