What Choices We Make

The Incidental Jihadi follows Len as he begins to realize there is a complicated game being played between the communist and the west. What was the inspiration for the idea behind this thrilling novel?

Back in 2012 the coverage on the Syrian crisis was quite rampant on the news with the images of high profile Caucasian victims in orange being executed by the vanguard in black. Around that time after a few freak clicks on the web I came across the recorded brutalities against Syrian civilians on what was surely an underground website. There lay cataloged in various categories the shootings, be-headings and post bomb blast videos taken in Aleppo, Idlib and a few remote unnamed Syrian villages.After confirming the authenticity of the videos and their location a few times(which was probably the most shocking and challenging research I had ever done) those unknown victims begged to be heard. I realised that no one was truly reporting the situation on the ground and ‘the news’ is not just about facts like the body count! The news broadcasters were just screening out the details to reduce this ongoing tragedy to a mere topic for the fortnight. No one wants to see a beheading while shoveling food in their mouths and I get that. But we must make room in people’s minds on the actual impact of any war for that matter and that needs to be done with realism which is on the ground and preferably not censored. This formed an idea to read beyond the news and perceive it’s reality and the inspiration stayed throughout till I completed the novel.

Len is an interesting character that is motivated by his family and their safety. What were some themes you wanted to explore with his character?

Len could be anyone of us who is physically able and a well educated immigrant living in a country where his efforts pay him excellent results. However none of us are actually ever prepared for what the future holds for us and what choices we make if we are faced with distressing situations beyond our control mould us as a human being. Far from being perfect and having a slightly sycophantic bend
he will do what his superior asks him to do even if it seemed ethically wrong and this trait is quite human especially in ambitious individuals. Len is reckless in his ambition and he makes the mistake
of involving his wife Sara in a project that had a warning light beeping on it from the word ‘go’. He descends into rage anger and depression as they are marooned in the remote city of Qatmah, this is
again a denial in his own mind of the rash choices he had made to appease his superior and endangered the one person he loved. Wave after wave of shocking transformation in Len(his acceptance of a life in Qatmah, the change in his identity, his family’s abduction) and how he chose to accept it as a man shows how his character metamorphosed from someone in denial to someone who takes responsibility and acts appropriately and this is where Naim seems to be his alter ego but they are really the same person. I was hoping to show that come whatever a situation in life, the man who survives the longest is the one who does not live in denial of the responsibility of his actions. I wanted to explore his ability to keep doing the right thing even in the face of inevitable catastrophe.

The story is vivid and detailed in it’s account of people and places. What research did you undertake for this novel?

Besides the research into the distressing underground video material on the executions, I started reading up on the Middle Eastern conflict to understand it’s origins starting right after the end of the Second World war particularly around the time when the United States started exerting it’s political clout over Britain and France back in the fifties. That was just for historical perspective though as my perception changed after I met a few of the Syrians who had come to London to take refuge( we would never call them refugees, it just seemed a derogatory term to use). Their stories told in straight english sentences was as heartbreaking as it could be and the videos, the history and their accounts all tied together with the information I gathered from Arabic and African news journals. This was a point of view that people seldom saw and that is what I brought into the novel. In terms of geographical locations, names and places mentioned throughout the novel, they are all actual places and the actual novel gets more gripping when you lookup the places on, say, google maps and find that every bit of the descriptions including terrain, the people and even the castle. They are wonderful examples of actual places that are existing on the edge of the war and peace that keeps waxing and waning over the region.

I don’t believe I have completed Len’s development yet and there was a huge though entirely unintentional open end in this book: that of the fate of his wife. Len and Sara have a way of staying in my head, so there will be a final conclusion on their fate in my next book. I learnt a few lessons from my first novel, The Incidental Jihadi and this time I want to do justice to Sara and Len and the people they
have known and cared about. For this reason this is going to take at least a year in development and a year in editing. I just want it to be perfect. 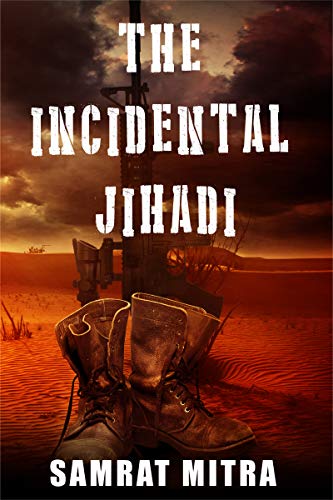 Twenty-nine year old geologist/surveyor, Len Berkowicz has everything to live for: a wonderful companion and a successful career working for a major oil exploration company when his career mentor and friend, Eric decides to send him to a risk prone oil exploration project in the Golan Heights.

In his journey he assimilates the true nature of the ‘holy war’ through the eyes of his comrades, realising that a far more complicated and subtle ‘game’ played between the communist and capitalist powers on the ground.

Will Len succeed in his mission that seemed doomed right from its inception?

Can those of us living in the West be able to keep the dust at bay on our home turf when we decimate every Arabian state to rubble?

Voyages Volume I : A Collection of Poetry 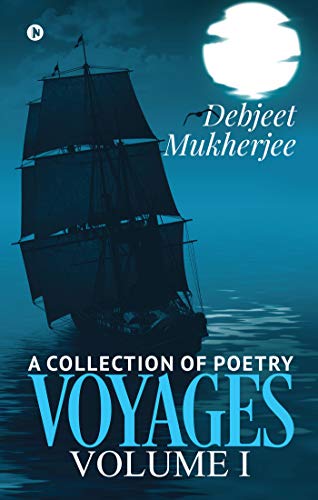 There’s a lot to miss about growing older: strength, hair, elasticity. But a collection of poems by a bright young author will make you miss something a little less noticeable – the way the young look at the world. Voyages by Debjeet Mukherjee, an 18 year old writer, is a collection of poetry arranged in the most unusual manner. He arranges the poems by age, nothing new, but in a Benjamin Button like twist, the ages go backwards.

The collection starts with an inviting preface that encourages all, not just the elite or cultured, to experience the poetry of life. This transitions nicely into the poems themselves. Here, we find another added touch: small quotations at the end of each poem designed to carry “a message of what the preceding lines were all about.” Mukherjee takes this approach not because he deems his poems too complex for the average reader, but as a way to help readers learn to dilute the figurative language of poetry in general. And these poems are soaking in figurative language. Worn out topics such as love, friendship, and spirituality feel fresh when enlivened with Mukherjee’s metaphors, couplets, and symbols.

The one flaw in the collection is more due to editing than writing. It only takes a few sentences of the preface to notice some minor typos and some formatting issues move the margins from one page to the next.

But these small mistakes should not discourage potential readers. A highlight of the collection is “Prayers Alive in Hope.” The poem opens with a suppressed sense of rage as a “Syrian boy” prays “to the Lord to keep families safe, Not in this world, perhaps somewhere else!” Lines like these transport the reader. They allow us to see the world from a different perspective; from a background other than our own. The voyage that Mukherjee take readers on ends in a place of hope- that special kind that perhaps only the young can truly see.