← To Face Off Any Horror
There Are No Heroes or Villains → 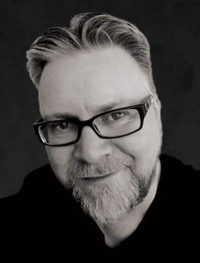 The Bug Boys vs. Professor Blake Blackhart follows Alex and Ian who still have nanobots inside them and retain the ability to take on the different aspects of bugs they swallow. What direction did you want to take this book that was different from the first story?

Well the first book was the origin story. How the kids got their powers, and a lot of get-to-know-you stuff, where they live, etc. In the second book, I didn’t have to go over all that again, at least not as much, so I focused on upping the ante with bigger bugs, robots, action, and a proper super villain character. I also wanted to explore what being a hero was all about.

The writing in your novel is very artful and creative. Was it a conscious effort to create a story in this fashion or is this style of writing reflective of your writing style in general?

This is my writing style. I like to keep things moving along at a brisk pace, and I always jump on an opportunity to see the funny side.

Thank you! As a kid I was always a story teller. More recently I set up my own movie review blog, and after a couple of years doing that I decided I was ready to construct a full novel. Since I’ve watched and analysed so many films (and books, I read a lot too) I think I’ve got a good handle on what’s needed in a story. It also doesn’t hurt to review one’s work with critique groups either!

Will there be a book three in The Bug Boys series? If so, where will it take readers?

There will, eventually! Tentatively titled, The Bug Boys and The Bullet Ant Queen. This one will spend a lot more time exploring the alien’s planet (The Bug Boys are going to visit!), while I explore the subjects of change, and the environment. This one will likely take a bit longer to put together as I also have another novel I’m working on. Something for adult readers, a little afterlife dramedy! 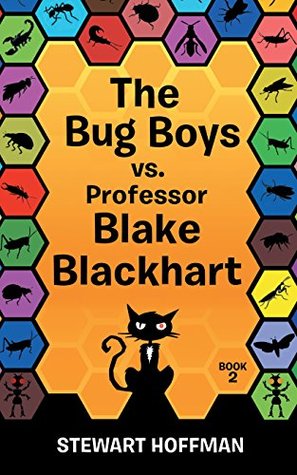 The fantastic superhero adventure that began with The Bug Boys continues! Alex Adams and Ian Harris take on Blake Blackhart, a disgraced Oxford professor. He discovers the boys’ source of power and plots to use the Secti’s alien technology to wreak havoc across the galaxy.

With a proper real-life supervillain in the village, the boys must step up their superhero game if they are to put a stop to the professor’s nefarious schemes. Along the way, they make new friends, and they encounter new bugs and superpowers. With the fate of the galaxy in the balance, the boys dig deep within themselves to truly understand what it means to be a hero!

← To Face Off Any Horror
There Are No Heroes or Villains →