Peace in the Abyss 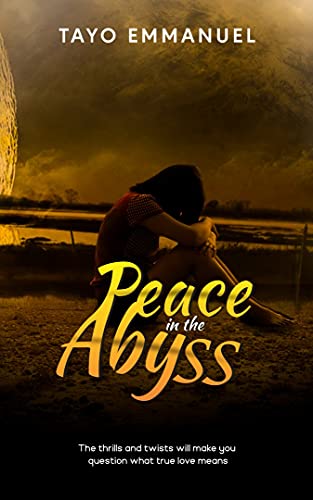 Peace In The Abyss by Tayo Emmanuel, is the emotionally charged story of Preye Banigo, an independent and successful business owner. Preye decides, under friend and family pressure, to finally marry at age forty. Timi Coker proposes and Preye realizes she wants to marry him and start a family right away. Preye soon learns Timi wants her to behave like his mother, succumb to all his demands and accept his authority without question on all matters. Preye tries to do as her new husband requires, but before long realizes her choice has led her to justify actions from Timi others would never tolerate.

Author Tayo Emmanuel has created impassioned and authentic characters that I was able to easily relate to. Preye’s emotions are conveyed in beautiful but simple language that touched me in a compassionate way even though Timi Coker’s actions annoyed me to no end. This contrast between characters kept me flipping pages and rooting for Preye.

Peace In The Abyss is packed with fantastically melodramatic character conflicts and relationships that are explored and picked apart in very engaging ways throughout the story. The exotic setting of Nigeria serves as a beautiful setting to this story and I loved how it showed life in Africa. Preye’s successful career as a business owner, and respectable relationship with friends and family in Africa adds to her endearing yet strong nature to be the woman she wants to be. The repeated antics of Timi depicted Preye as a long-suffering character. The tension and emotions escalating between Preye and Timi is as timely and prevalent in relationships in all countries. I truly felt the impact of Preye losing her individuality because of the fantastic storytelling. The characters are relatable and the story is filled with interesting scenarios that kept me intrigued.

Peace In The Abyss is a stirring women’s fiction story that explores a captivating character and provides readers with a heartrending yet sentimental tale. 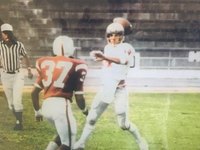 Antebellum Struggles follows the lives of several characters and shows how they are all intertwined as a result of slavery in the south. What served as your inspiration while writing this book?

I couldn’t comprehend how people could “own” other people and treat them like farm animals. I wanted to “get into their heads” to understand this mentality, from the perspectives of both slaves and owners.

I really enjoyed the depth of each character. What were some driving ideals behind your characters?

In all events, each person has their own unique perspective, feelings, and prejudices. I try to describe these so the reader understands each character’s outlook from their distinct perceptions.

The book delivers a graphic image of life during slavery. How did you go about setting up the backdrop for this story and what were some conscious decisions you made along the way?

A few scenes were difficult to write about. People hear and read about slavery, but rarely choose to envision the actual horror that some slaves suffered. I felt some examples had to be exposed in order to convey that truth.

The second book (“Keeper of Slaves”) was published through Amazon on April 11, 2019. It’s a continuation of the characters revealed in “Antebellum Struggles”. 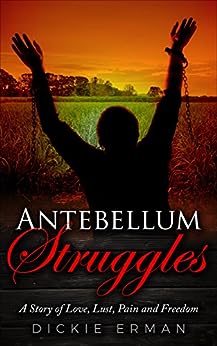 After toiling in the Colonel’s sugar cane fields, Amana’s brought into his mansion as a house servant for the Colonel and his wife, Collette. Collette’s suspicions and jealousies arise, but are tempered from the guilt of her own infidelity. The field slave, Tabari, finally escapes but is hunted by two saddle tramps and the law. Throughout it all, the scalawag Doctor disrupts everyone’s lives, managing to line his own pockets all the while. Set in and around New Orleans, this deeply moving tale of scandal, sex, and suspense follows the voyages of these very different characters in the 1850s.

Author Victoria Bolton pays homage to the 1960s gangs of New York with her book Rude Boy USA. It’s the classic story of an underdog gang trying to take the seat of power in a world of murder, corruption, sex and drugs. The story follows the four members of Chimera; a gang led by the driven but big-hearted Bernie. John is his second in command; African American, good looking and unhappily married. Ben, the Italian American ex-veteran struggling with a drug addiction, is the little brother wanting desperately to be taken seriously. And Jerome, the well-adjusted African American with intelligence and a dream, is the son Bernie never has to worry about. Together they make up the misfit family of Chimera, flawed in their own ways and equally determined to make something of their lives.

These characters have numerous dimensions that create a clear picture with their narratives, but in contrast, the two female characters Bolton introduces, feel somewhat two-dimensional. On one side you have Edina who is a white, manipulative woman, both offensive and single-minded with her bigotry. And on the other side is Celia; a beautiful African American woman who is the angel to Edina’s devil, extremely attractive, with a heart of gold. Moreover, Celia’s motivations in the story stem from a desire to better educate herself, but are quickly reduced to a will they/won’t they love saga that overshadows her previous occupation. Though not an uncommon occurrence, the story would have only been meatier had the female characters received the same attention to detail as their male counterparts.

Character development aside, the story touches well upon racial tensions that would have been rife at the time. However, some situations err on the side of stereotype rather than exploring any deeper issues, but where it can, the story embraces some of the realities of the time and the author is able to keep the reader interested.

Nevertheless, this is indeed a crime thriller with a topic that has obviously been well researched by Bolton. She takes you deep into the heart of New York City and provides a picture of a community that the reader can see very clearly. Ultimately this feels like a story about loyalty and belonging to something. With an underlying romantic story threaded throughout, Rude Boy USA has something for everyone, with enough twists and turns to keep die hard thriller fans engaged and want to immediately pick up the next book in the series.