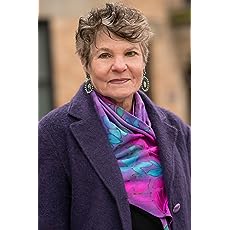 Beguiled follows young Miriam as she struggles to follow her dreams through a turbulent time in history. What was the initial idea behind this story and how did that transform as you were writing the novel?

Initially, I had the idea to write a story of the kind of life my mother, born in 1910, might have had, if she’d had the gumption. Which she did not, so the story of Miriam Levine, 1st generation Russian-Jewish girl, is entirely fictional. There are a few biographical markers, e.g., Miriam’s Pop was active in the leftist-unionist organization called the Workmen’s Circle. My maternal grandfather was as well. Similarly, he was a cultured fellow, albeit not formally educated, and introduced my mother to cultural events from a young age. The character Miriam developed her aspirations to go on stage from the experiences her Pop exposed her to from a young age.

The story transformed itself immediately from anything biographical to an exciting adventure of Miriam and her girlfriends as they make their way through a difficult time in history punctuated by WWI, the “Spanish” flu, women’s getting the vote, the Roaring 20s, the relationship between young people and their immigrant parents, and the status of women.

Miriam is a well developed character that I grew attached to. How did you capture the thoughts and emotions of a young woman in the 1900’s?

Research, research, and more research helped me to describe a girl of the early 1900s. I read many books about the times, including novels of women of that period.

Perhaps more importantly, I’ve been a psychotherapist and life coach all my adult life, so am accustomed to hearing people’s stories and helping them to make sense of their lives. So, the emotions of a woman of this period seemed little different to me from my clients’ stories. Yes, women have approached the glass ceiling and many are in marriages that are fundamentally equal or mutually enhancing, but with the outing of many in the MeToo movement, it’s clear that women’s place has not appreciably changed vis a vis powerful men.

I liked how the politics and drama of the time was not front and center, but served as a backdrop to Miriam’s story. Did you do any research for this story to keep things accurate?

As stated above, I pored over many historical books of this period, as well as historical novels about the early 1900s. Having been in graduate school for a PhD back in the 1980s, I learned how to do research and to enjoy it. I was not, however, a big history buff, so my becoming absorbed in this research was a surprise to me. One funny thing: in one of my last drafts, I realized that NO character ever was described as smoking. So, I had to go back and add smoking Lucky Strikes, Camels, pipes, and cigars to many scenes.

WWI was certainly in the background only in Beguiled. Miriam and her friends barely seemed to register that there was a world war going on in Europe, until Miriam arrives home and discovers that her father’s Workmen’s Circle is having an important emergency meeting to discuss US entry into the War. Then a young German boy barges in to say that his family was beaten bloody right in their neighborhood, an unthinkable thing in their multi-ethnic close community.

Many people have suggested I write a sequel to Beguiled, but that would take me into the Depression of the 1930s and I don’t know if I want to go there, particularly since our country seems liable to get there itself.

Beguiled was just released on May 1st 2018, so I’m devoting some time to publicizing it before embarking on my next story. But, I’ve had the idea of locating an appealing news story of a woman who lived in another era. I enjoy researching historical fiction and being an archaeologist in searching out details of a bygone period. In order to find this appealing person, I’ll need to immerse myself in the Boston Public Library’s newspapers from the last century or even before. There are also archives of women’s letters housed at the Schlesinger Library at Harvard, where I’ve done research before. I look forward to being able to do this, once my initial marketing campaign is over.

Beguiled is about every person who ever had dreams that were interrupted by cultural mores, by discrimination, or by their own shortcomings. Miriam Levine, born in 1900, dreamed of going on stage, until an almost fatal mis-step forced her to postpone her “real life.” A serendipitous offer compelled her to confront her inner demons and society’s expectations. As Glinda, the Good Witch of the South in the Wizard of Oz, she recites at age 16: “You’ve always had the power, my dear, you just had to learn it for yourself.”

The story is inspirational for young people and their parents who dearly wish to access the American dream. The historical context of the decades before the Great Depression, the role of immigrants and women’s suffrage parallels tough political dilemmas that the US faces today.

Will Miriam have the gumption to follow her dreams? Will those dreams yield her the happiness she seeks? Or will she find that her childhood fantasies “beguile” her to seek ‘fool’s gold?’

Fifteen-year-old Munna lives with his Ma and sisters in a small town in India. Determined to end his family’s misfortunes, he is lured into a dream job in the Middle East, only to be sold. He must work at the Sheikh’s camel farm in the desert and train young boys as jockeys in camel races. The boys, smuggled from poor countries, have lost their families and homes. Munna must starve these boys so that they remain light on the camels’ backs, and he must win the Gold Sword race for the Sheikh. In despair, he realizes that he is trapped and there is no escape.