In Xaghra’s Revenge the past and present collide when paranormal forces seek revenge and force one couple to relive the past. What was the inspiration for this thrilling book?

Malta is a popular destination for us Brits. It’s foreign, hot and sunny but the locals speak English! What’s not to like? 12 years ago I attended a multimedia presentation in Malta about its history. I gripped my seat to stop falling off when I learnt that in 1551 pirates savagely abducted the entire population of the nearby island of Gozo. Most became galley slaves, labouring slaves in Libya and the young women in harems in Constantinople. Those poor souls need revenge. I gave it to them in Xaghra’s Revenge. The other inspiration is a pile of old rocks in the Gozo town of Xaghra. The Ggantija Temple is one of the oldest buildings in the world. Older than the pyramids and Stonehenge. When I hugged them I felt a buzz. They told me to include them in that historical novel so I did.

Reece and Zita are interesting characters that continue to develop as the story progresses. What were the driving ideals behind the characters development?

I needed contemporary characters that were descended one from the pirates and one from the abducted. Oh what fun I had with them. A mumbling fart like Reece, who knew he had no luck with women and yet this great looker was interested. Thrown together by ancient spirits they were destined to be together, but of course like real life, nothing goes smoothly. Reece grows up quickly when one crisis after another trips him up, but he develops a backbone and maturity. Zita gains experience but her womanly ways always were sophisticated and she is able to support the fakwit Reece on and off until she realizes she’s in love with him for real.

The story is rich in historical detail. What research did you do for this novel to get the setting just right?

I’m a sucker for research in whatever stories I write. I stayed at the Preluna Hotel in Malta and traipsed all over both Malta and it’s little island, Gozo. Over the limestone surface and below in people’s cellars, which often had caves complete with stalactites and stalagmites. Hours I’d spent in the Melitensia and other libraries in Malta, up to my elbows in ancient deeds, records and emptied coffee cartons. So grateful was I that I donated a copy of Xaghra’s Revenge to the library and the librarian shook my hand only last week in gratitude. All the geography in the novel is accurate. Yes, I crawled into Calypso’s Cave on Gozo, really hugged the Ggantija massive stones and stood inside an Ottoman galley – that one is in a North Cyprus museum at Kyrenia Castle. A few yards away I nearly fell over a stone grave and too my shock saw it belonged to Sinan Pasha, the Jewish Ottoman Commander at both the abduction of Gozo and the siege of Malta in 1565. During the writing I returned many times though only the once to Tarhuna, Libya, in order to smell the aromas, see the wildflowers, and meet the real people.

I run a short story critique group. It forces me to write at least six shorts a year in between novels. The publisher of my ARIA Trilogy (scifi / medical mystery based on the unique premise of infectious amnesia) commissioned me to put together a collection of surreal shorts. I’ve called it INCREMENTAL because they all have an element of something getting smaller, or bigger. For example a noise the world hears one day getting louder by a decibel every day. A pothole appears in a Madrid suburb and doubles every day – without stopping. Do you know it would only take 46 days to swallow the planet, but it still doesn’t stop. There’s historical fiction in there too. It’s being published by LL-Publications later this year. 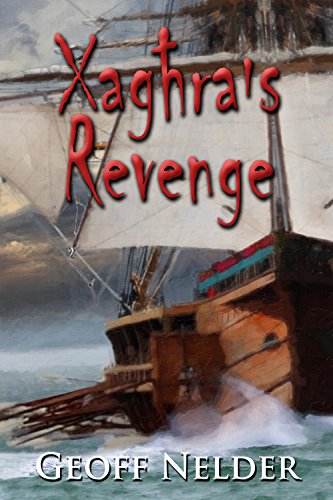 When Reece and Zita become lovers, past and present collide as the spirits of their ancestors force them to relive one of the greatest battles of the 16th century.

Xaghra’s Revenge follows the fate of a sixteenth century abducted family, and of two contemporary lovers thrown together by the ancients. Reece and Zita are unaware that one descends from the pirates, the other from the abducted family. While ancient Gozo spirits seek revenge, so do the Ottoman Corsairs, who intend to roll back history, and this time win the siege of Malta.

The history is real. The places are authentic. The tension and excitement are palpable. 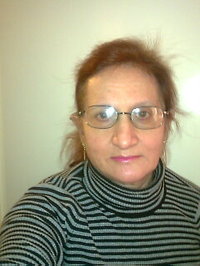 The Green Line Divide is a genre-crossing novel with elements of romance, travelogue, and humor as well. Did you start writing with this in mind, or did this happen organically as you were writing?

Yes, I entered a Commonwealth competition in my younger days and in my mature years i expanded it. So, i already had a skeleton, and this is why romance comes late as the hero was not in my competition story. Truthfully, i did not think much about romance at that time in my youth.

I found Alexis to be a very well written and in depth character. What was your inspiration for her and her emotional turmoil through the story?

She is what i was when i was in my twenties, and perhaps what i would have like to be. And, some turmoils, both inner and external are true.

This novel does a fantastic job of exploring the culture of the places that Alexis visits? Did you do a lot of research to maintain accuracy of the subject?

Yes, a lot of research had gone into it. eg for skiing i contacted the ski club in Cyprus; researched on fruits and vegs for the seasons; timings for boat travel between the two islands; vintage cars and perfumes; it took me 3 days to find something on Russia and i came up with the Russian watch anthem; i phoned around to ask for Cyprus beverages; I contacted the Cyprus and Swedish embassies in the UK who provided me with correct information, eg on Swedish wedding traditions, and Cyprus on the boundary greenline between the north and the south. And since i have lived in Cyprus and visited Rhodes Island, it was not difficult to visualise and write about it.

I have started one which i have put aside as i am concentrating on hospital training as a clinical coder. The next book will be romantic again but more of a serious nature. It has started off on a comical political footing though. 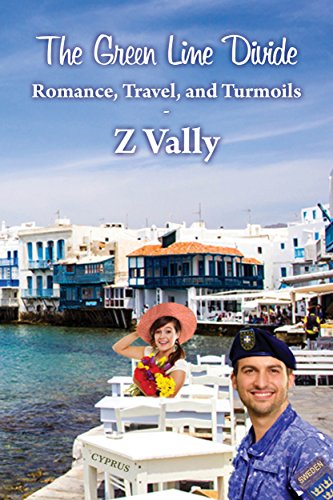 Romance, humour, and drama abound in this fast-paced, playful novel–and so, too, do questions and surprises. The Green Line Divide: Romance, Travel, and Turmoils encounters readers with people from various parts of the world, including exotic destinations like Cyprus and the Greek island of Rhodes. And follow a young woman named Alexis as she struggles with gamophobia and tries to come to terms with her independence, relationships, and the future.

Smitten with a handsome Swede named Sven, a United Nations officer, Alexis plans to marry him, but has a lot of issues to confront if she’s to make it down the aisle–and, as she confronts them, The Green Line Divide is sure to touch your heart, educate you, tickle your funny bone, and put a smile on your face.

Will Alexis ever marry? Or will she find an excuse to run away from it all–again? Step into this book for answers. Along the way, you’ll also learn new travel, leisure, and entertainment ideas. 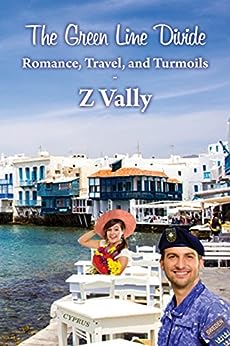 The Green Line Divide: Romance, Travel and Turmoils, written by Z. Vally, is about Alexis Theodorou, a 24-year-old woman from Britain. Alexis is visiting the dreamy location of Cyprus to attend college. Her charming and witty persona mixed with her good looks helps her to live in the new country, and soon she finds work as a housekeeper- even if that occasionally comes with its own set of troubles. Soon, after a few mishaps with work, she meets a handsome Swede by the name of Sven where she begins a whirlwind romance. But this romance soon comes with its own turmoils, and Alexis soon learns that the biggest obstacles in life are often the ones within ourselves. Will she be able to overcome her inner battles to marry the man of her dreams?

The Green Line Divide: Romance, Travel and Turmoils is a romance novel guaranteed to warm your heart and put a smile on your face. Filled with quirky nuances, questionable intentions and breathtaking moments, this story will be your perfect summer fling.

The romance between Sven and Alexis is slow to start; however, it gives the story time to build on Alexis, her personality and the exciting characters within her work and personal life. I loved the character Molly and her carefree spirit. Her ability to hitchhike and find fun was impressive and I could easily imagine her as the perfect friend to travel overseas with.

The language is beautiful, and the magical landscapes are easily envisioned with the rich description of the sights and sounds. At times the novel goes into depth about the history of the city, adding to the vivid imagery. You can feel the sun on your face, taste the delightful food prepared and smell the salty tang of the crisp blue sea. It is easy to get caught up in your thoughts as you imagine a holiday where you can experience such serenity and beauty. At times the story was a little slow, but this was overturned through comedic moments and important lessons learned by the characters.

The Green Line Divide: Romance, Travel and Turmoils also gives the reader a taste of life as a student abroad, as they battle the ups and downs of college, finding work and meeting new faces. There are also the barriers that come with being overseas; from not understanding parts of the language or being questioned by the law for seemingly innocent activities. The characters struggle to find suitable work and come across problems such as dodgy roommates, unsavoury bosses and misleading men.

Many readers will be able to relate to the sorts of lessons that Alexis experiences. From learning to stand up for yourself and being able to leave a situation that makes you feel uncomfortable, to making foreign friends in new countries, The Green Line Divide: Romance, Travel and Turmoils will be relatable to all those who have travelled or lived in a new destination or country. I would recommend this to anyone looking for a light and romantic novel, set in a dreamy holiday destination.