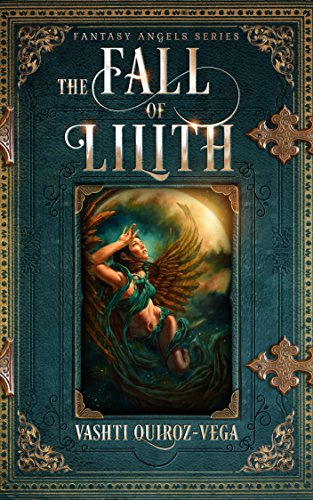 Saved From Her Own Destruction

The Moreva of Astoreth is an intriguing fantasy novel. Why was it important for you to write this book?

It wasn’t so much that the novel was important for me to write as it was the book demanded to be written. That may not make much sense, but it is so. I was working on another project when the idea for this book came to me. I filed it away in my mind for the future. But I kept coming back to it until it was interfering with my work-in-progress. So I lay that project aside and wrote The Moreva of Astoreth.

Moreva Tehi despised the hakoi, even the parts of herself that were hakoi. How did this idea develop in The Morevea of Astoreth and why is it important to the characters development?

“A house divided against itself cannot stand.” I have always believed that some forms of bigotry—in this case, hatred for another people—is but a reflection of what one hates within oneself. This is precisely the problem Moreva Tehi must overcome. As she realizes, if she does not find a way to resolve her interior division, her hate will eventually destroy her. By overcoming her hatred of herself, by finding her self-love, she is saved from her own destruction. So, a large part of the story is about her journey to wholeness.

In the novel there is a second language that is used. Can you explain it’s creation and how you decided to us it in the story?

The language is Swedish. I used it for two reasons. One, I like Swedes. Second, the book describes two distinctly different people. Just as the peoples of Earth speak in different tongues, it would not be realistic to expect the two peoples in my book to speak the same language. While it is true I could have used a “universal translator” or some kind of translating implant, I wanted to emphasize to the reader—make them feel—Moreva Tehi’s sense of isolation while in the Syrenese Perritory. Hence the constant need for translation in the dialogue, which I provide. I am aware some readers might feel alienated by my linguistic gambit, or might even put the book down because of it, but I think it was necessary to the believability and credibility of the story.

What is one pivotal moment in the story that you think best defines Moreva? Did any of the characters development occur organically through the story?

The point at which Moreva Tehi realizes her bigotry is killing all that is good within her, and immediately takes action to heal herself. We see this kind of behavior throughout the book—her taking action in the face of a particular situation. As for Laerd Teger, I knew he could be cold and harsh as well as warm and loving, but what I did not know was his “I know best” attitude. Perhaps it stems from his being Laerd of the village. In any event, it almost cost him Moreva Tehi’s love. We can only hope he learned his lesson.

In the world-building spirit of Andre Norton, Anne McCaffrey and Ursula K. LeGuin, The Moreva of Astoreth is a blend of science fiction, romance, and adventure in a unique, richly imagined imperialistic society in which gods and science are indelibly intertwined. It is the story of priestess, scientist and healer Moreva Tehi, the headstrong granddaughter of a powerful deity who is banished for a year from her beloved desert home to a volatile far northern corner of Peris for neglecting to perform her sacred duties, only to venture into dangerous realms of banned experimentation, spiritual rebirth, and fervent, forbidden love. 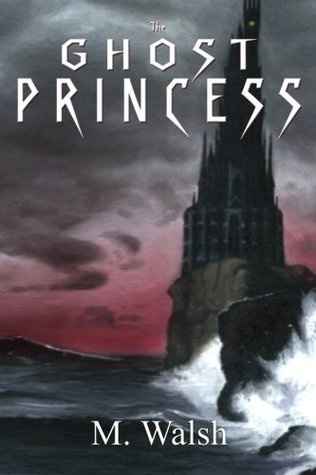 Lily Blackthorn is a drunk, a vagrant, and unpleasant to say the least, but she wasn’t always this way. She was once a hero of the kind you call on to slay dragons and save kingdoms. Those days are well behind her and she’s happy to keep it that way. Her plans to drink herself into obscurity are derailed when an infamous pirate is hired to capture her, the elite guards want to arrest her, demons roam the land, and a warlock wants to sacrifice her. But people are not who they seem and Lily is about to find friends in the most unlikely of characters.

The one thing that I truly enjoyed about this book is the unburdened adventure of it all. The characters all seem ripe for this type of story. They all have intriguing and in depth back stories that, when a new character is introduced, I couldn’t wait to find out where they came from, what they were doing and what they wanted. It was the subtle and easy humor that really made the story engaging, and unlike in many other stories where the humor is used to make fun of genre staples, it’s used in the Ghost Princess to make the characters relatable and the world believable. The humor circles around one character, or at least for me he was my favorite character, the infamous pirate Krutch Leroy. He’s an infamous pirate that’s known for a plethora of amazing crimes; only he’s not that guy. He’s just a quiet man with severe allergies and a desire for peace and quiet. He ran afoul of a sorceress a few years ago and is now cursed to live the life of a notorious pirate and is forced into all the dangerously adventurous situations it entails. The hilarity of his plight and the genius with which it’s presented to the reader is something that I found to be unique and entertaining. The story consists of many characters with their story lines crossing and converging, kind of like Pulp Fiction. The main antagonist in the story is a warlock named Jacob Daredin that is trying to fulfill a prophecy and become a Dark Lord over the land. Lily, Katrina, and Krutch are the unlikely band of characters that assemble to, unwittingly it seems, fight Jacob Daredin and put an end to his evil plots as they fight their way through his minions and deal with their own personal demons. There is a fantastic twist towards the middle of the story which is rare when such a pleasant twist comes in early in the novel instead of in the end. The twist completely throws things for a loop and entertainingly changes the perspective of everyone in the story. With a few typos aside I thought the story was well written and easy to follow. The dialogue could have been more engaging as it seemed childish at times, but these stains are few and far between. But there are some unique and enjoyable characters that lead to an entertaining read overall.