Four Letters by Lucy Hensinger follows 14-year-old Emily as she discovers letters that belonged to her great grandmother, Lucille. She reads them and while seeking out details of Lucille’s story, she learns a few things about herself as well. Her journey takes her both literally and figuratively to the place where Lucille lived. She traces her steps both in her real life trip to Boston and in her vivid dreams where she follows Lucille’s life. Emily becomes fascinated in her great-grandmothers story and can’t wait to see where her story takes her.

Four Letters has a nice flow and is easy to follow. It’s short enough that the length wouldn’t feel daunting to younger readers but at the same time is engaging enough to keep readers interested. The story doesn’t get weighed down with Emily’s problems or her great-grandmother’s tumultuous love life. Hensinger manages to keep things light throughout the book.

I liked the incorporation of real places in Boston and the surrounding areas. I have been to Boston before, and recognized the narrow streets and great big buildings with countless windows. I have also been to Salem to the House of Seven Gables and some of the museums there. Hensinger did a good job giving the reader a feel for those places and will likely inspire people to visit.

Emily is a character that many readers will identify with. She is a fiery, feisty redhead who has found her way into some trouble at home. She doesn’t always shy away from a fight. She takes a trip to see her grandmother and discovers bits and pieces of her ancestry and becomes enthralled with her great-grandmother’s story. That is probably a good and productive escape for her from the trouble she found herself in at home. I identify with the ancestry myself. I thirst for any knowledge I can acquire about my own family history. It is easy to get wrapped up in the search for family history.

If I have any complaint at all, it would be that I felt it lacked a big “aha” moment. There wasn’t a big plot climax for me. I feel like the build-up was great. I was interested to see what happened between Lucille and Opie. I followed along and felt like I was as anxious Emily to see why they didn’t end up together. I don’t feel like that really got resolved. I know Emily just sort of resigned to the fact that she was grateful that her great-grandparents ended up together, but I would have liked to know the details of what happened between them after becoming invested in the characters.

It was a good, well-written story with characters that young readers will enjoy. Any reader will enjoy touring Boston and Salem with Emily. I look forward to more stories about these characters. 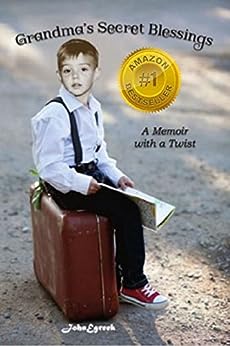