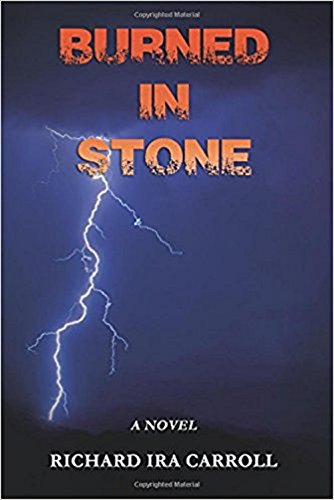 Dr. Matthew Lane, world-renowned archaeologist and the man credited with finally discovering the resting place of Noah’s Ark, is on the hunt again. This time, Matt, his girlfriend Ann Tyler, and his best friend and fellow archaeologist, Jim Morgan, have reunited to find the Ark of the Covenant and bring the world to a state of peace with proof of the existence of the Ten Commandments. Their adventure introduces them to Stephanie, a young woman with information that leads them to an ancient treasure and whose family ties brings them nothing but pain and sorrow at every turn.

Burned in Stone, the sequel to The Lost Photographs, by Richard Carroll begins much like The Lost Photographs–with nonstop action and the characters moving rapidly through one precarious situation to another. In this installment, readers see much more of Ann at the outset and her willingness to stay by Matt’s side no matter the level of danger. From jumping tandem from a plane to exploring ancient ruins, Ann sees little reason to doubt Matt until he comes out with the most unbelievable statement of all. As a reader, I was glad to see the author choose to have Ann display a certain amount of doubt in Matt’s incredible comments.

The introduction of an additional love interest adds a new layer to Carroll’s cast of characters. I am not sure exactly why, but Stephanie disturbed me. In addition, Matt’s inability to make a definitive statement about his love for Ann and make a clean break from Stephanie bothered me throughout the book. I am much more a fan of Ann than Stephanie even though Stephanie’s backstory is tragic and intriguing.

Carroll is a master with the backstory element. He expertly incorporates a detailed backstory into each of his books and builds a wonderful base on which to construct each plot. Stephanie’s tragic childhood and her unfortunate upbringing with her uncle and cousin make for fascinating reading and help to create a rich subplot surrounding Stephanie as well as her cousin Jack, the ultimate villain.

I must say that, as with the The Lost Photographs, I felt myself much more involved in the latter chapters than in the action-packed scenes in the beginning and middle of the book. The sign Matt is told to expect on the first day of spring is a phenomenal sight to behold. Carroll masterfully describes a scene unlike anything readers could ever imagine. From the moment Matt is told to expect a sign, I found myself trying to visualize what form it may take. The author crafts a breathtaking spectacle indeed.

Burned in Stone is much more about the search for the Ten Commandments than the commandments themselves. Carroll’s writing is seamless and devoid of vulgarity and cursing which makes it appropriate for a wide range of readers. Readers who are more inclined to enjoy adventure stories with just a touch of romance will find themselves completely wrapped up within the pages of Burned in Stone and the harrowing lives of Matt, Ann, and Jim. 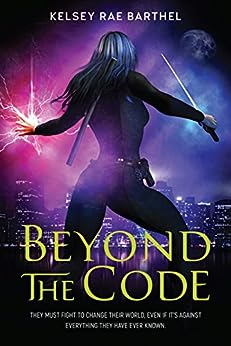